This article or excerpt is included in the GLP’s daily curated selection of ideologically diverse news, opinion and analysis of biotechnology innovation.
As scientists around the world work at an unprecedented pace to develop a vaccine for COVID-19, anti-vaccine proponents are planting seeds of doubt about its safety and effectiveness.

The anti-vaccine forces are finding allies in both the developing and developed nations among those who are suspicious of genetic engineering, as any approved vaccine is likely to be a product of biotechnology. Their combined efforts stand to prolong the pandemic by drowning out responsible expert voices that are trying to inform a confused and fearful public.

Led by the Organic Consumers Association (OCA), many organic food activists, who are predisposed against GE crops, have been particularly outspoken about the dangers of vaccines. Ronnie Cummins, the organization’s international director, has said vaccines “are dangerous and that’s why I didn’t vaccinate my kids.” He has peddled the falsehood that the novel coronavirus was leaked from a genetic engineering lab, a move that has allegedly been covered up by a cabal of the US and Chinese governments, Big Pharma and global scientists.

Cummins comments reflect OCA’s general position on vaccination. On its website, the organization cites an obscure Polish study that purports to prove that vaccines have no historical benefits. And in an article titled “How Mainstream Media Insults the Public’s Intelligence on Vaccines, OCA accuses journalists of displaying  “zero tolerance for critical debate about vaccine safety.” The group also strongly opposed California Bill SB277, which eliminated all non-health related exemptions for vaccinations.

Kris Ehresmann, infectious disease division director at the Minnesota Department of Health, called the outbreak a “public health nightmare” and indicated she was beyond frustrated with the disinformation campaign by anti-vaccine advocates, who have been working against efforts to contain the outbreak.

Fear of genetic engineering used to produce some vaccines, such as those to fight Hepatitis B, Rotavirus, Ebola and the Human Papillomavirus virus, is a central trope of anti-biotech campaigners. Natural product peddler and major donor to OCA Dr. Joe Mercola links GMOs in food to vaccines to hype the scare factor. He runs what he calls the National Vaccine Information Center (NVIC).

In a presentation on NVIC’s website called “Are you Concerned over GM Vaccines?” Mercola laid out his speculative case against biotech vaccines:

If you’ve ever had qualms about eating genetically modified (GM) foods, you’d likely be deeply concerned about receiving a GM vaccine as well .… We don’t know what portion of the GM DNA can be incorporated into our own genome, we don’t know what portion could be inheritable to our children, we also don’t know what happens when the immune system is exposed to DNA that has been recombined in lots of ways that the human body, through the course of time, has never had any exposure to….

Fringe “naturalists” have driven support for vaccines in the US down. A recent Gallup poll indicated that 84 percent of Americans believed it is extremely or very important that parents get their children vaccinated, a significant drop from 94 percent in 2001.

The alternative health movement is now specifically targeting a COVID-19 vaccine with claims that can only be described as bizarre. In a widely shared YouTube video, Dr. Andrew Kaufman, a natural healing consultant, alleged that a vaccine would provide a vessel to “inject genes” into humans by a procedure known as “electroporation.” During this process, an electric current creates little holes in our cells that allow DNA to enter, followed by the insertion of foreign proteins that supposedly generate immunity. As a result, according to Kaufman, the vaccine will make humans “genetically modified organisms.”

These spurious claims about the dangers of vaccines are often paired with political rhetoric designed to stifle policies that promote immunization. “Though a Covid-19 vaccine is likely still more than a year away, according to experts, concerns over mandatory vaccinations have spread throughout the anti-vaxxer community,” wrote Texas Monthly in a recent article. A woman named Jacqueline Belowsky told the publication she was not concerned about the coronavirus and would treat it like she does any other illness, “naturally and not in a panic.” She added that she “will never accept any vaccine no matter how scary the government makes the situation seem.  I will refuse no matter what.”

“The anti-vaccine community at large believes vaccines are a tool of government control that make big pharmaceutical companies rich and have side effects that can cause lasting damage,” Texas Monthly noted.

That’s the line pushed by Children’s Health Defense, a non-profit founded by activist-attorney Robert F. Kennedy Jr, a notorious anti-vaxxer. Kennedy said the rush to find a COVID-19 vaccination instead of focusing on treatments is driven by profit, because “fast-tracked vaccines were a sweetheart deal for both biopharma and government.”

While already exerting troubling influence on public opinion, antivax conspiracies could gain political traction in the 2020 elections. Jo Rae Perkins, who has been selected to be the Republican candidate for the Senate in Oregon, winning about 50 percent of the vote in the primary, indicated she would not get any vaccine developed in response to the coronavirus. “I don’t know what they are pumping me full of,” she complained, “I don’t want that crap.”

Among the most popular sources of COVID-19 conspiracy thinking was the May 2020 documentary Plandemic. Before Facebook and YouTube banned the incendiary film, it attracted roughly eight million viewers. It alleges that a “shadowy cabal of elites was using the virus and a potential vaccine to profit and gain power,” relying heavily on discredited scientist Judy Milovits, who claims her research on “contaminated” vaccines has been “buried.” A just-released sequel, Plandemic: InDoctorNation, was preemptively banned by Twitter and Facebook in hopes of preventing a repeat of Plandemic’s viral success. 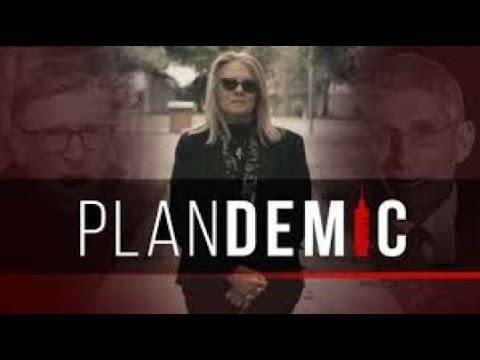 This onslaught of disinformation is nothing new, vaccine advocates have said. “I’m seeing a very similar pattern that I see when outbreaks of measles happen, noted Karen Ernst, executive director of the parent-led Voices for Vaccines, in an interview with Undark:

These are people who make this part of their self-identity: I’m a mother, I have a natural lifestyle, I refuse vaccines. It’s important to deny things in order for that identity to be protected.

“It’s not surprising a significant percentage of Americans are not going to take the vaccine because of the terrible messaging we’ve had, the absence of a communication plan around the vaccine and this very aggressive anti-vaccine movement,” added Peter Hotez, Dean of the National School of Tropical Medicine at Baylor College of Medicine, which is developing a vaccine for COVID-19.

But opposition to a COVID vaccine is not a uniquely American phenomenon. In Africa, for instance, there have been demonstrations against a vaccine as misinformation about its possible side effects and effectiveness infiltrates the continent. Protesters at a vaccine trial in South Africa carried placards that read, “No safe vaccine.” Seth Berkley, CEO of the GAVI vaccine alliance, told the African Union vaccine conference that anti-vaccine sentiment in Africa is “the worst I’ve ever seen.” In reference to COVID-19, he said, “the rumor mill has been dramatic.”

“Trust in vaccines is generally higher in the developing world where the impact of infectious diseases is more obvious,” said Heidi Larson, Director of the Vaccine Confidence Project. “But here too there could be resistance, particularly if people suspect they are being used as guinea pigs.”

Anti-vaxxers have made headway in Eastern Europe, too. A recent survey conducted in Romania indicated that one third of those surveyed said they would refuse to take a COVID-19 vaccine “under any circumstance.” The poll was taken as the nation’s Parliament debated a bill to make vaccines mandatory. According to Balkan Insight, “The results of the survey come against the backdrop of the growing visibility of the anti-vaccine movement in the country …. Anti-vaccine groups [have] picketed in Bucharest and other cities to denounce what they see as a health hazard and a state abuse of personal freedoms.”

The refusal by a significant minority of the population to be vaccinated could dramatically impact the course of the pandemic. The fewer people who receive a vaccine, the higher the risk that SARS-COV-2 will continue spreading. In the case of measles, for comparison, herd immunity is achieved when 93-95 percent of the population is vaccinated. For the coronavirus, herd immunity has been estimated at between 60 percent and 80 percent.

As COVID-19 vaccines move into the final stages of testing for safety and efficacy, there will no doubt be a ferocious counterattack by anti-vaccine forces and those strongly opposed to genetic engineering. These efforts, unfortunately, are likely to fan confusion and hesitancy among some segments of the public already distrustful of the government’s response to this crisis. As is the case with other vaccines, some people will pay dearly for listening to the false prophets who claim to know “the truth” about vaccines.