Infographic: How social isolation forced by the coronavirus affects the brain?

[B]efore COVID-19 began its global spread, millions of people were already what researchers consider to be socially isolated—separated from society, with few personal relationships and little communication with the outside world. According to European Union statistics, more than 7 percent of residents say they meet up with friends or relatives less than once a year.

These figures are concerning to public health experts, because scientific research has revealed a link between social isolation—along with negative emotions such as loneliness that often accompany it—and poor health… Alongside myriad connections to poor physical health, including obesity and cardiovascular problems, a range of possible effects on the human brain have now been documented: Social isolation is associated with increased risk of cognitive decline and dementia, as well as mental health consequences such as depression and anxiety.

Related article:  Building a better hearing aid: This one filters out unwanted sounds by reading your mind

It’ll be years before researchers understand whether and how measures enacted during the pandemic play into any of these risks. The sort of isolation people are experiencing right now is unprecedented, and is compounded with other pressures, such as fear of disease and financial strain. But now more than ever, it’s important to study the effects of social isolation, and potential means to mitigate it, says Stephanie Cacioppo, a social neuroscientist and cognitive psychologist at the University of Chicago.  “We’re a social species,” she says. “We really need others to survive.” 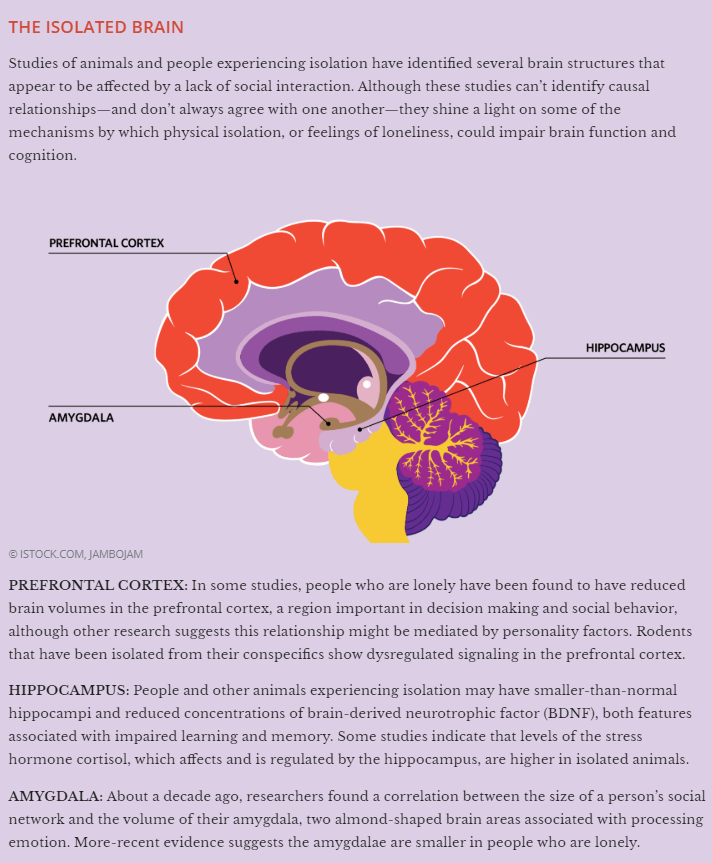 COVID vaccine side effects are real. Here’s what you should know