The Wall Street Journal interviewed disease detectives and reviewed hundreds of pages of new research to piece together how the coronavirus infiltrated the wealthiest nation on earth. The latest genetic, epidemiological and computational research suggests it was spreading inside the country before anyone started looking.

How did this happen?

Jan. 17, 2020: Screening began on air travelers, but only those coming from Wuhan, China, where the virus emerged, and only at airports in San Francisco, Los Angeles and at New York’s JFK. A handful of sick people were identified, but scientists say more were missed. By the end of January, more than half a million people flew from China to the U.S.

While the country was still looking outward, researchers now believe the earliest infections in many states came mostly from travel within the U.S.

Related article:  Viewpoint: Are health advocates and politicians overselling the value of masks?

Feb. 26, 2020: How did the disease spread so rapidly? Large gatherings, like the Biogen conference in Boston on Feb. 26-27, played a role. A strain likely imported from France spread among attendees. Genetic reconstruction and case histories show they carried it to North Carolina, Tennessee and Texas. Sequencing shows the strain also became established in Massachusetts and Virginia.

Why was the country in the dark? A lack of testing played a part. Researchers think we were catching a much lower percentage of symptomatic Covid-19 patients in mid-February than at the beginning of the month. 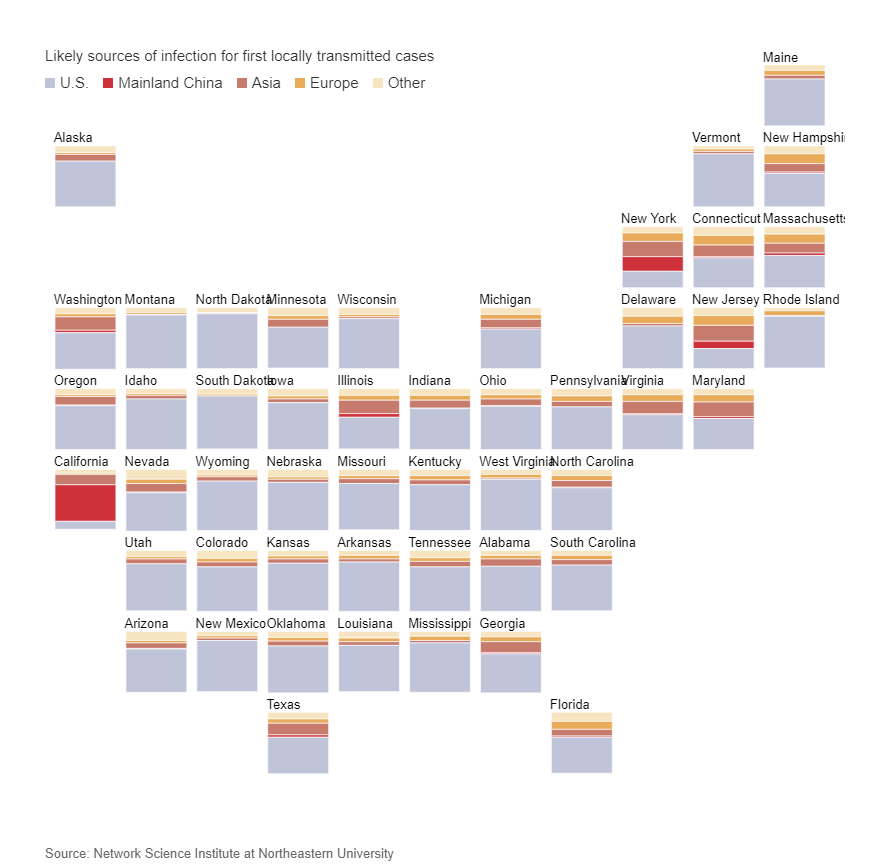