This article or excerpt is included in the GLP’s daily curated selection of ideologically diverse news, opinion and analysis of biotechnology innovation.
Could the COVID-19 pandemic end anti-GMO activism as we know it? Environmentalists are split over the controversial weedkiller glyphosate; some say it’s a cancer-causing “poison,” while others argue it’s a vital tool for protecting biodiversity. A predatory science journal recently published a study blaming a Pokémon character for an outbreak of SARS-COV-2.

As the pandemic proceeds, it appears the anti-GMO movement may be running out of steam. Initial hints of this development surfaced in early November when the organic industry-funded outfit U.S. Right to Know shifted its focus from food safety issues to concerns about the origin of SARS-COV-2, rebranding itself as “an investigative research group focused on promoting transparency for public health.”

USRTK says it is seeking “information about leaks and other mishaps at biosafety labs and the risks of gain-of-function research, which aims to increase the lethality or infectivity of potential pandemic pathogens.” According to microbiologist Alex Berezow, the transition is USRTK’s attempt to remain relevant while keeping their “GMOs are bad narrative” alive. 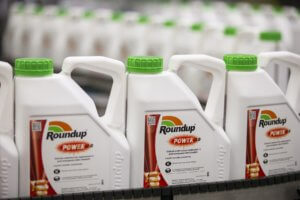 Several high-profile environmental groups have come out against the weedkiller glyphosate, alleging it causes cancer and ought to be banned as a result. As it turns out, this isn’t a consensus position among activists. Some groups, particularly those focused on protecting biodiversity, say the herbicide is relatively safe and incredibly effective against invasive weeds that threaten native plant species.

Without access to glyphosate, say these groups, preservation efforts would require the use of more toxic chemicals and mechanical weeding, which may not be enough to preserve Australia’s precious biodiversity.

The predatory, pay-for-play American Journal of Biomedical Science & Research recently published an article claiming that an infected Zubat—a Pokémon character—caused a COVID-19 outbreak in the fictional Cyllage City. The study was authored by Pokémon’s Nurse Joy and House, MD., and cited Bruce Wayne’s article in the Gotham Forensics Quarterly.

To remove any lingering doubts about the study’s legitimacy, the author, writing under a pseudonym, included the following in the text of the article: “[A] journal publishing this paper does not practice peer review and must therefore be predatory.” What does such a hoax tell us about the problem posed by predatory scientific journals?