Alzheimer’s hotspot map: Where it’s most prevalent and why that matters

An emerging body of research is identifying counties and neighborhoods with higher prevalence of Alzheimer’s disease, which affects 5.8 million people and is the sixth-leading cause of death in the U.S. Researchers in the field of aging are seeking to find out if those locations have common risk factors associated with Alzheimer’s and if any of those risk factors can be reduced.

These researchers have sorted through government and medical data to find areas with high and low prevalence of Alzheimer’s disease. The data show, among other things, that overall prevalence is more highly concentrated in the Southeast and Gulf Coast states, including Florida and Texas, compared with Western states, such as Colorado and Arizona.

Such research is in its early stages and many questions remain as to why a location might have higher rates of Alzheimer’s disease. None of the studies claim that living in a certain location causes Alzheimer’s, but researchers see the information as potentially helpful in finding new ways to fight the disease.

“We’ve thought about Alzheimer’s as a purely biological disease and neglected the social determinants of health,” says P. Murali Doraiswamy, a leading Alzheimer’s researcher at Duke University. Those determinants include income, education and access to health care and nutritious food. “This is an incredibly important area that we have forgotten.” 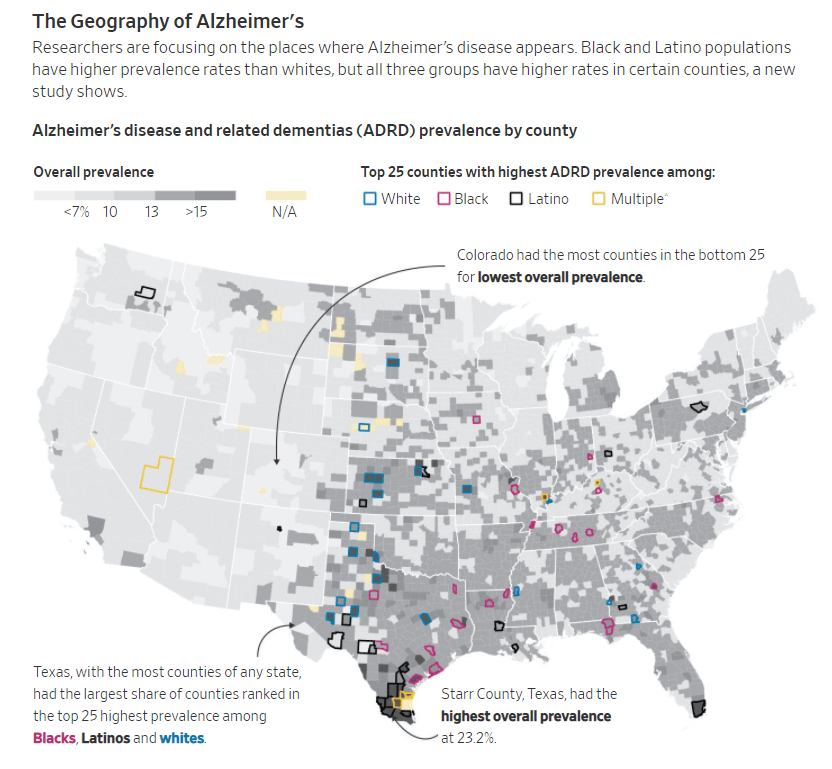 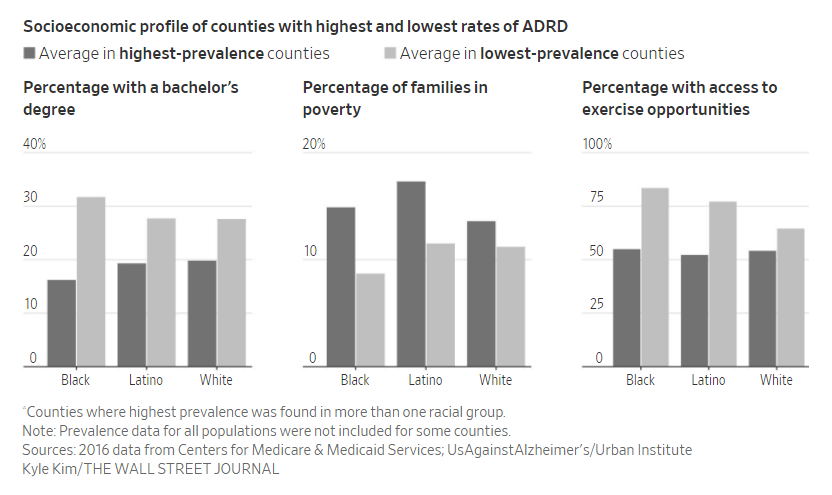