This article or excerpt is included in the GLP’s daily curated selection of ideologically diverse news, opinion and analysis of biotechnology innovation.
Ever since the US Food and Drug Administration (FDA) announced its plans to regulate genomic alterations in genome edited animals as veterinary drugs in January 2017, I have been a vocal critic of this regulatory approach. I am a livestock geneticist, and have seen the negative impact that this expensive and unpredictable regulatory approach has had on the development of genetically engineered animals.

Even today, there has not yet been the sale of a single food product from a genetically engineered animal in the United States, although AquaBounty is getting close with their approved, fast-growing AquAdvantage Atlantic salmon. And just last month a second product, a gene knock-out pig was approved by the FDA, although the company has also not yet sold any pork product to consumers.

This is part two of a five-part series by Alison Van Eenennaam on animal biotechnology regulation. 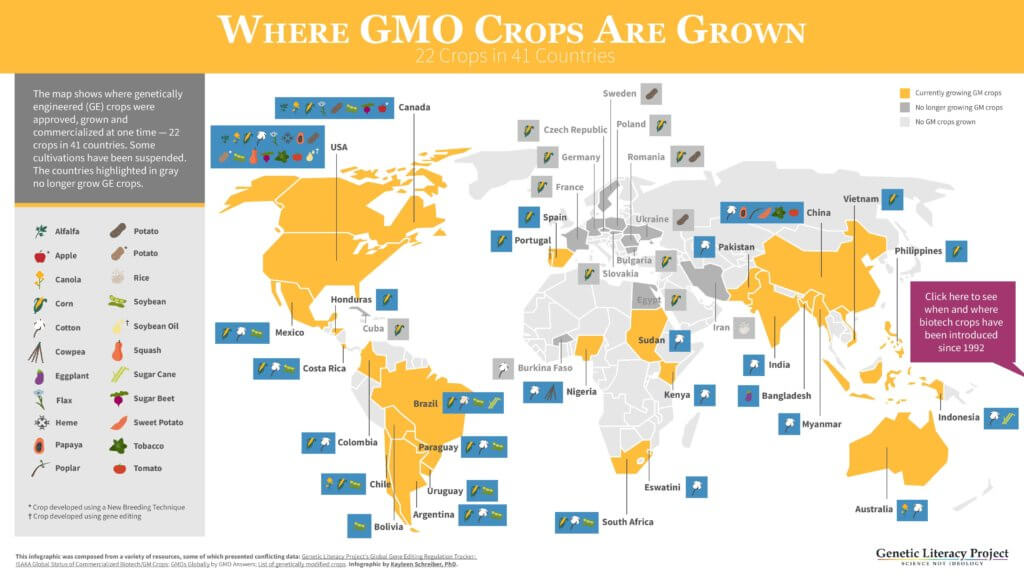 Recently, the United States Department of Agriculture (USDA) came out with an advance notice of proposed rulemaking which was published in the Federal Register on 12/28/2020. This proposal contemplates a different regulatory approach for genetically engineered animals of certain “amenable” food animal species that are “intended for agricultural purposes.” There is a lot to unpack in this document, and so first some background information might be helpful. This is going get a little wonky.

Thirty five years ago, the first paper documenting the production of genetically engineered food animals was published in 1985. A year earlier, a December 1984 Notice “Biotechnology regulation; coordinated framework” came out in the Federal Register, with the introduction reading, “Only forty years ago, DNA was discovered to be the repository of genetic information…”

In that document, USDA outlines it plan to use its existing  regulatory framework to regulate agriculture and forestry products developed by modern biotechnology. In 1986, the White House Office of Science and Technology Policy (OSTP) published the Coordinated Framework for Regulation of Biotechnology, which states:

This framework has sought to distinguish between those organisms that require a certain level of federal review and those that do not. This follows a traditional approach to regulation. Within agriculture, for example, introductions of new plants, animals and microorganisms have long occurred routinely with only some of those that are not native or are pathogenic requiring regulatory approval.

The document goes on to clarify that for genetically engineered plants, the “regulated article” would be defined as any organism or product altered or produced through genetic engineering, if the donor organism, recipient organism, or vector agent belongs to a group of organisms designated by the proposed regulations as having plant pests or any organism or product which USDA determines is a plant pest. A similar approach was envisioned for the regulation of genetically engineered animals.

The Coordinated Framework was subsequently updated in 1992 to include “Exercise of oversight in the scope of discretion afforded by statute should be based on the risk posed by the introduction and should not turn on the fact that an organism has been modified by a particular process or technique.” Additionally, it was clarified that “oversight will be exercised only where the risk posed by the introduction is unreasonable, that is, when the value of the reduction in risk obtained by additional oversight is greater than the cost thereby imposed.”

Back in 1992, genetic engineering typically involved random genomic insertion of intergeneric DNA combinations (i.e. transgenic construct) that expressed a protein which resulted in a desired outcome in the target species. For example, fast growth in the case of the AquAdvantage salmon, disease-resistance in the case of a mastitis-resistant cow, or decreased phosphorus in the manure of the “EnviroPig.”

For a number of years, regulatory oversight of the movement of both genetically engineered plants and animals rested with the USDA. Early work with transgenic goats undertaken by my colleagues at UC Davis in the early late 1990s and early 2000s was done in consultation with the USDA’s Animal and Plant Health Inspection Service (APHIS). Under the Animal Health Protection Act (AHPA), APHIS is authorized, among other things, to prohibit or restrict the importation and interstate movement of live animals to prevent the introduction and dissemination of diseases and pests of livestock within the United States. The AHPA broadly defines the terms “livestock” as “all farm-raised animals,” and “animal” as “any member of the animal kingdom (except a human).” APHIS currently uses its plant pest authorities under the Plant Protection Act to assess and regulate the movement of genetically engineered plants into the environment.

A chapter in a 2004 PEW report “Regulating Genetically Engineered Animals,” which came out almost 20 years after the first genetically engineered livestock were reported in 1985, reads:

“[B]ecause GE animals are so new and are still largely being used only in research, the agencies likely to oversee them have not yet established clear overall or product-specific policies for regulating them under existing laws. Regulators, researchers, developers, and potential consumers are thus currently navigating in uncertain waters, and the discussion of regulatory policies in this chapter is necessarily somewhat speculative.”

In that PEW report the terms “genetically engineered” and “transgenic” were used synonymously, as genetic engineering at the time involved the random insertion of recombinant DNA (rDNA) constructs. 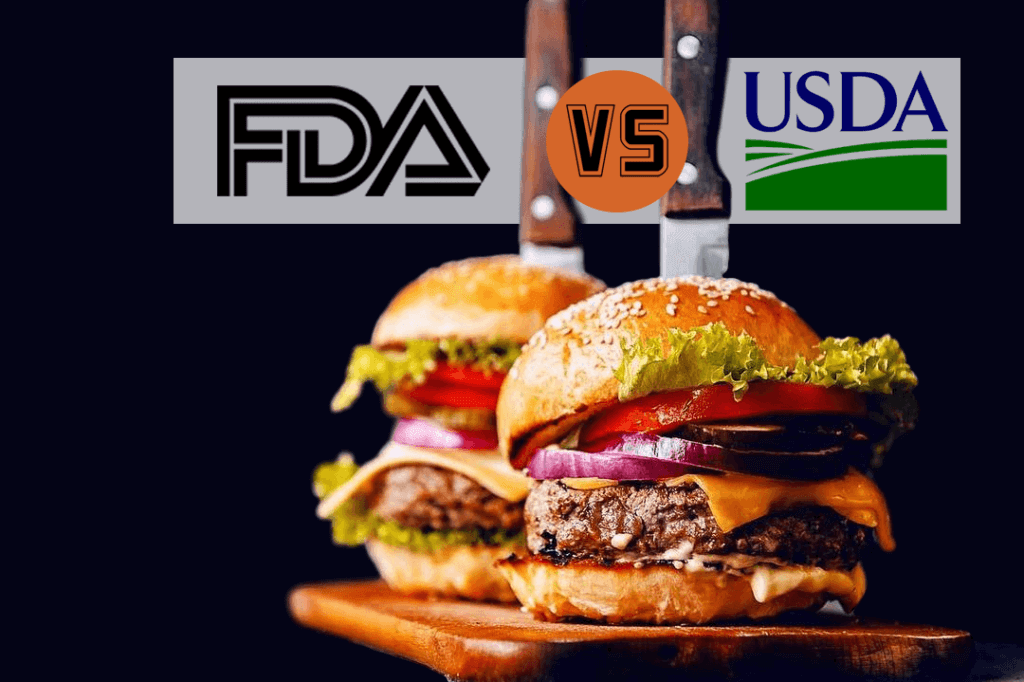 Then in 2009, the FDA Guidance for Industry #187, entitled “Regulation of Genetically Engineered Animals Containing Heritable rDNA Constructs,” announced FDA’s intent to regulate all genetically engineered animals modified by rDNA techniques, including the entire lineage of animals that contain the modification, under the new animal drug provisions of the Federal Food, Drug, and Cosmetic Act (FD&C Act). In that act, a new animal drug is defined as “an article (other than food) intended to affect the structure or any function of the body of …. animals.”

And so it continued until January 2017, when the FDA came out with its updated draft Guidance for Industry #187. This guidance proposed to regulate all food animals whose genomes have been intentionally altered using modern molecular technologies—including gene editing technologies which may include random or targeted DNA sequence changes such as nucleotide insertions, substitutions, deletions, or other technologies that introduce specific changes to the genome of the animal—as veterinary drugs.

So there has been a gradual metamorphosis over the past 30 years from a proposal for USDA to oversee the regulation of genetically engineered food animals that pose “unreasonable” risks relating to the introduction and dissemination of diseases and pests of livestock under APHIS, to a 2009 draft guidance requiring mandatory FDA premarket new animal drug approval for all animals modified by recombinant DNA techniques; to an updated 2017 draft guidance requiring mandatory FDA premarket new animal drug approval of any “intentionally-introduced genomic DNA alteration in animals produced using modern molecular technologies,” irrespective of risk or even the presence of a heritable rDNA construct. I think that is called regulatory creep: a set of administrative rules giving rise to unintended consequences, because of their broad industry reach.

Alison Van Eenennaam is an extension specialist in animal biotechnology and genomics, Department of Animal Science, University of California, Davis. Follow her on Twitter @biobeef