This article or excerpt is included in the GLP’s daily curated selection of ideologically diverse news, opinion and analysis of biotechnology innovation.
Kenya, Nigeria and Eswatini are taking the lead on genome editing in Africa as they see its potential in boosting food security and increasing farmers’ incomes.

To aid this advance, the three African nations have made significant progress in establishing guidelines to regulate gene editing and gene drive, whereas other countries are taking the direction of case-by-case regulation.

‘‘Each [African Union] member state needs to amend their existing laws and regulations to accommodate for the new emerging technologies, such as genome editing and gene drive, to make it legal binding for every member state to make progress,’’ said Olalekan Akinbo, senior program officer of the African Union Development Agency  (AUDA-NEPAD).

Currently, all the member states are at different stages in developing a regulated framework for the application of modern biotechnology. Nigeria, for example, passed its biosafety regulation in 2015 and has since adopted two genetically modified (GM) crops: insect-resistant Bt cotton and Bt cowpea. 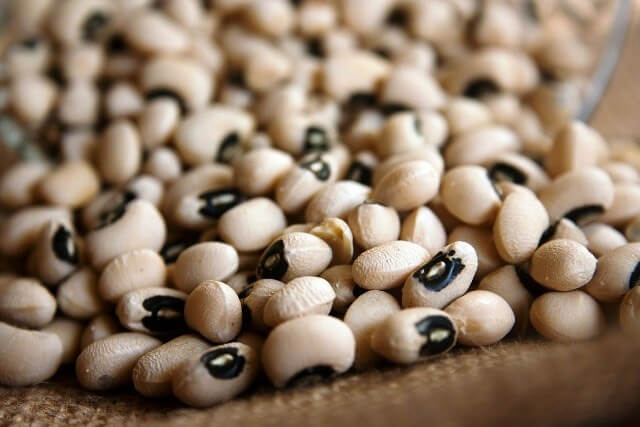 Kenya, in its drive to become a middle-income country, is strengthening its biosafety framework to facilitate the adoption of crops developed through the tools of biotechnology.  Kenya is now leading African countries since it has begun drafting guidelines to regulate gene-edited products, using procedures in Argentina as a model. The draft guidelines define what needs to be regulated, what is partially regulated and what is not regulated at all.

“We now have a regulatory draft that can be presented to wider stakeholders,” said Prof. Dorington Ogoyi, chief executive officer of Kenya’s National Biosafety Authority (NBA). “It gives a roadmap on how we want to regulate gene-editing.”

When it comes to genome editing, the technology was still in the early stages of discovery when Kenya enacted its biosafety regulations in 2011. Since the regulations do not specifically address this technology, Kenya needs to develop policies to regulate genome edited products.

The NBA received two gene editing applications in late 2018 that focused on improving banana and yam to resist two destructive plant viruses. “We allowed the project to continue under contained use regulations,” Ogoyi said. Other gene editing research efforts are focused on making pigs resistant to Africa swine fever and sorghum that is resistant to the plant pest striga. Overall, six applications on genome editing have been approved at the research level and one application is pending.

In pursuing its development agenda, the Kenyan government established centers of excellence in biotechnology research and product development in higher learning institutions and research centers to help deliver GM crop varieties to farmers for commercial production.

The revelation was made by Dr. Evans Mwangi, at a recent biosafety conference held virtually in Kenya.

‘‘So far, the pace is remarkable, with commercialization of Bt cotton placing Kenya among the frontrunners in uptake of technologies in Africa,” Mwangi said. “This will go a long way in creating jobs for the youth and boosting food production.”

Ogoyi said that under Kenya’s biosafety regulatory framework, which was established in 2009, a number of research projects have been carried out to improve crops and livestock in order to increase productivity.

‘‘To date, the authority has approved 32 contained use applications, 14 confined field trials and two products — insect-resistant Bt maize and Bt cotton — approved for limited environmental release in 2018. Cotton has since been approved for commercialization and placement on the market,” Ogoyi said.

The biosafety authority and relevant regulatory institutions will conduct post-release monitoring of Bt cotton for 10 years. After 10 years, the applicant can apply for renewal for another 10 years, said Prof. Theophilus Mutui, formerly the NBA’s acting director for technical services and now managing director of the Kenya Plant Health Inspectorate Service (KEPHIS). “After 20 years if there are no adverse effects detected during cultivation, we can say that the crop is no longer regulated under the Biosafety Act. But it is regulated under other government bodies, including KEPHIS.”

Conference participants and experts agreed that biosafety regulations play a critical role in reassuring consumers about the safety of products derived from biotechnology, thus building consumer trust and confidence.

Verenardo Meeme is an independent science journalist and content producer for various media outlets in sub-Saharan Africa, including the UK-based Science and Development Network (SciDev.Net). Follow him on Twitter @vanmeeme