A  year ago, in February 2014, Mother Jones ran a guest article by Indre Viskontas–an interview with Steven Novella, an American clinical neurologist and assistant professor at Yale University School of Medicine–that for the first time in years, for one shining moment, distanced the magazine from the claims of Tom Philpott, Josh Harkinson and others in its stable of writers who were regularly contending that genetically modified foods posed a serious threat to human health.

Novella’s conclusion reflected the overwhelming global consensus: “No, GMOs won’t harm your health”. Novella is a leader in the “skeptic” movement–scientists and lay people who base their views not on speculation but on empirical evidence. He is also the founder and executive editor of ScienceBasedMedicine.

Viskontas, if you are not familiar with her is a neuroscientist and editor of the journal Neurocase and is a sought-after communicator of science. In early 2014, her 24-lecture series called Essential Scientific Concepts was released by The Great Courses.

In other words, unlike the foodie writers at Mother Jones now covering the biotechnology beat, these scientists know their stuff.

Their views, reflected in statements from every major independent science oversight organization in the world, were underscored by the recent PEW survey of American Association for the Advancement of Science scientists. 88 percent of scientists surveyed said the existing evidence supports the view that GM foods are safe — a firmer consensus among AAAS scientists than for the belief that humans are driving climate change. There is not even a convincing biological mechanism that could suggest any possible unique threats — ones not posed by conventional or even organic products, including 3,000 organic and conventional mutagenically created foods.

For scientists and the science-minded, the out-of-character Mother Jones‘s article was welcome relief for the junk reporting that had scared the magazine’s reputation for years. It offered the tantalizing hope that it might follow in the footsteps of a similarly-positioned magazine, Grist, which abandoned its anti-science hegemony when it asked Nathanael Johnson to take a fresh, and unbiased, look at the issue. Alas, a year later, nothing has changed at the magazine–the same writers, the same biases.

The original article and interview prompted the following musing by GLP editor and writer Kenrick Vezina and a link to the report.

Following in the footsteps of Nathanel Johnson’s “Panic-Free GMO” series at Grist, Mother Jones appears to have taken the first, tentative steps toward a more nuanced stance on genetically modified foods with last week’s article by neuroscientist Indre Viskontas interviewing Dr. Steven Novella with the title: “No, GMOs Won’t Harm Your Health.” 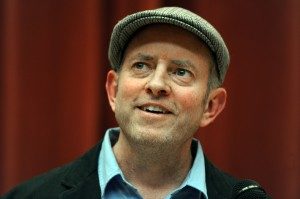 This is a departure for Mother Jones, which until now has been very critical of GMOs, with coverage led by ag and food writer Tom Philpott. For example, when Mark Lynas — an environmentalist and former anti-GMO activist — pulled an about-face in January 2013 and publicly apologized for the years he spent “ripping up” GMO crops, Philpott responded by claiming that Lynas had not only become anti-organic but “anti-logic”.

Aside from a few tepid and conditional positive comments about crop biotechnology, Mother Jones and Philpott have consistently described GMOs as something to be eyed with the utmost suspicion–or worse, potentially dangerous to human health. When New York Times writer Amy Harmon wrote a widely-praised piece exploring the potential of genetic modification to save the Florida orange crop, threatened by deadly bacteria, Philpott endorsed and promoted the foodie Michael Pollan’s offhand Twitter remark that Harmon’s piece had “too many industry talking points” (as in this blog by Philpott, anyone, science journalist or scientist, who endorses the consensus scientist view that GMOs are as safe as conventional or organic foods is immediately branded a “GMO industry defenders”, which is Philpott’s polite term for “industry shill”)–which the mainstream science community rightly viewed as cheap shot at Harmon.

Related article:  Diet wars: ‘Caveman diet’ is all the rage, but ignores what our ancient ancestors really ate

The article has stirred a hornets nest among the activist magazine’s base. More than 1,000 comments were posted within hours, and more than 2,000 in total, many of them dismissive of the assertion that GMOs are safe–although that’s the view held by the mainstream science community, including every major science oversight organization in the world.

Whether hosting a new writer with a formal science degree and introducing a new perspective on GMOs signals a sea change at Mother Jones in its coverage of agricultural biotechnology is impossible to predict. The Genetic Literacy Project will monitor coverage going forward to see if this article portends more nuanced reporting.

Here are key selections from the original piece:

“Almost everything I hear about [industrial agriculture] is a myth,” says Dr. Steven Novella. “It’s such 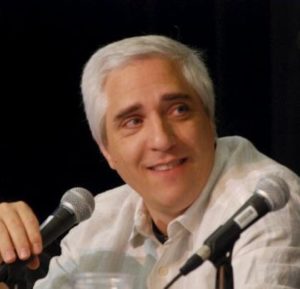 an emotional issue—a highly ideological and politicized issue—that what I find is that most of what people write and say and believe about it just fits into some narrative, some worldview. And it’s not very factual or evidence-based.”

So where does Novella think the public is misinformed?

One myth concerns the novelty of GM foods. Many people think that modifying genes in our food is a 21st-century phenomenon, but according to Novella, humans have been using selective breeding to create more desirable versions of plants and animals for thousands of years.

And there are even more questionable genetic modification practices that aren’t subject to anywhere near the same scrutiny as GM foods. Novella points to the increasing popularity of “mutation breeding,” in which chemicals and radiation are used to increase the rate of plant mutations in order to produce favorable traits. “Over 2,000 plants that are the product of this mutation breeding have been released to the public in the last 100 years,” explains Novella.

GM foods are more tightly regulated than crops created with other modification methods and have to overcome more safety tests than their counterparts.

Novella acknowledges that the complicated nature of genetics means that GM technology could conceivably have “unanticipated consequences,” but, he says, “we’ve been doing this for decades now, and there have been tons of studies looking at the results of genetic modification, and we’re not producing these scary monsters—this so-called Frankenfood. It just hasn’t happened.”