Game of Life and Death: Can you dare the odds and make it past 100?

Just in time for the popular HBO epic Game of Thrones to dominate the airwaves again, the Washington Post has released an interactive ‘game’ that examines the evolution of bio- and medical technologies that, in recent years, have extended the average human lifespan.

In Thrones, recurring character Beric Dondarrion prolongs his life with black magic despite ‘dying’ multiple times after being hanged, stabbed and even after being nearly cut in half. In real life, black magic need not apply, as the Post’s interactive ‘game’ shows players how modern technology has evolved to target diseases, print out organs and even regrow broken bones.

Are you ready to play the game of life? Can you defy death and make it through to 100?

Play the full interactive feature on your laptop or desktop. Here some excerpts from the Washington Post‘s 7 ways to defy death”

If you foregather game, the Post offers seven ways that medical technology can see you through to your centenarian years, aiding doctors in repairing damage to the body using technology plucked straight from science fiction and into reality. 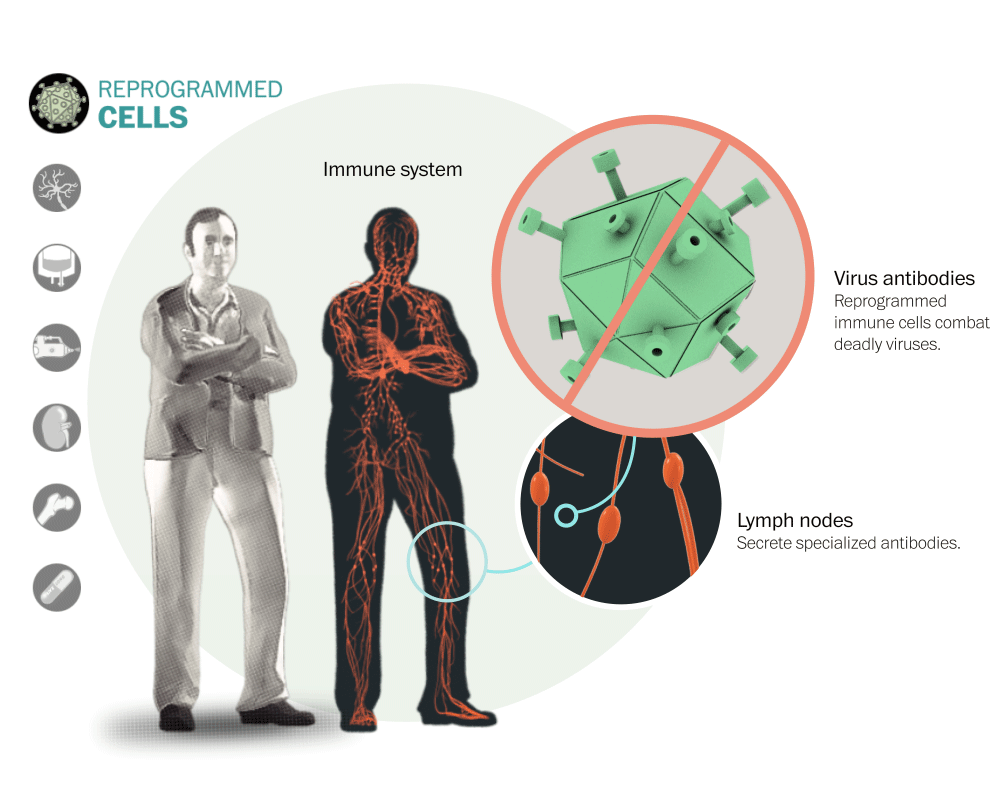 The process of reprogramming adult mammalian cells was first demonstrated by researchers at the Roslin Institute in their success at creating the infamous Dolly the Sheep back in the late 1990s.

But application in today’s modern biotechnology has had varying results.

“These studies and our understanding of embryo development teach us that we shouldn’t assume the known pluripotent stem cells represent the whole spectrum of pluripotency. Rather, there exists a multitude of pluripotent states or novel pluripotent states can be engineered through cellular reprograming,” Juan Carlos Izpisua Belmonte told The Scientist in an article about a new type of stem cell discovered through cell reporgramming in December 2014. Belmonte is a developmental biologist at the Salk Institute for Biological Studies in La Jolla, California, who penned an accompanying editorial to the published research article.

The graphic below from Washington Post‘s interactive feature, simplifies the the process of how a patient’s blood can be modified to yield specific antibodies that target different pathogens. 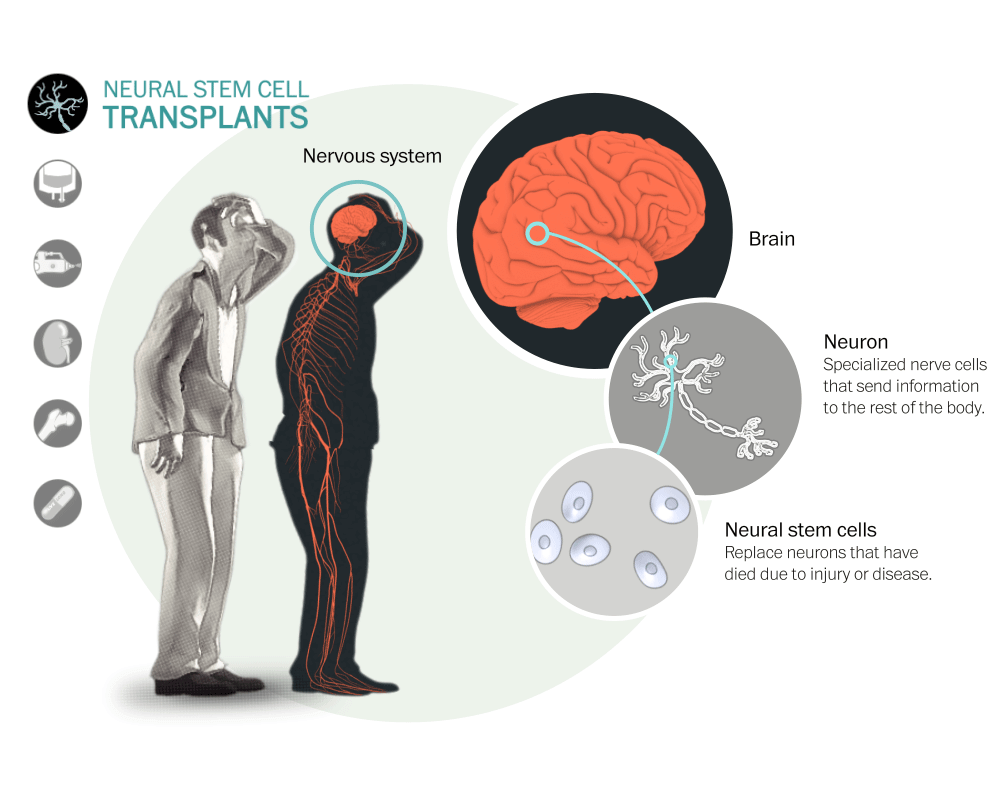 Scientists once believed that brain neurons dying from injury or disease were gone forever. But in recent years they have been experimenting with replacing those with new neurons derived from neural stem cells. In 2006, in what was the very first of its kind, surgeons were able to inject neural stem cells directly into the brain of a human subject — a 6-year-old child with what was thought to be an incurable disorder of the nervous system. A month after surgery, the child did not show any lingering effects of the previous disorder, though his doctors warned his parents of potential complications.

The Vampire Method: Taking blood from the young to help the old 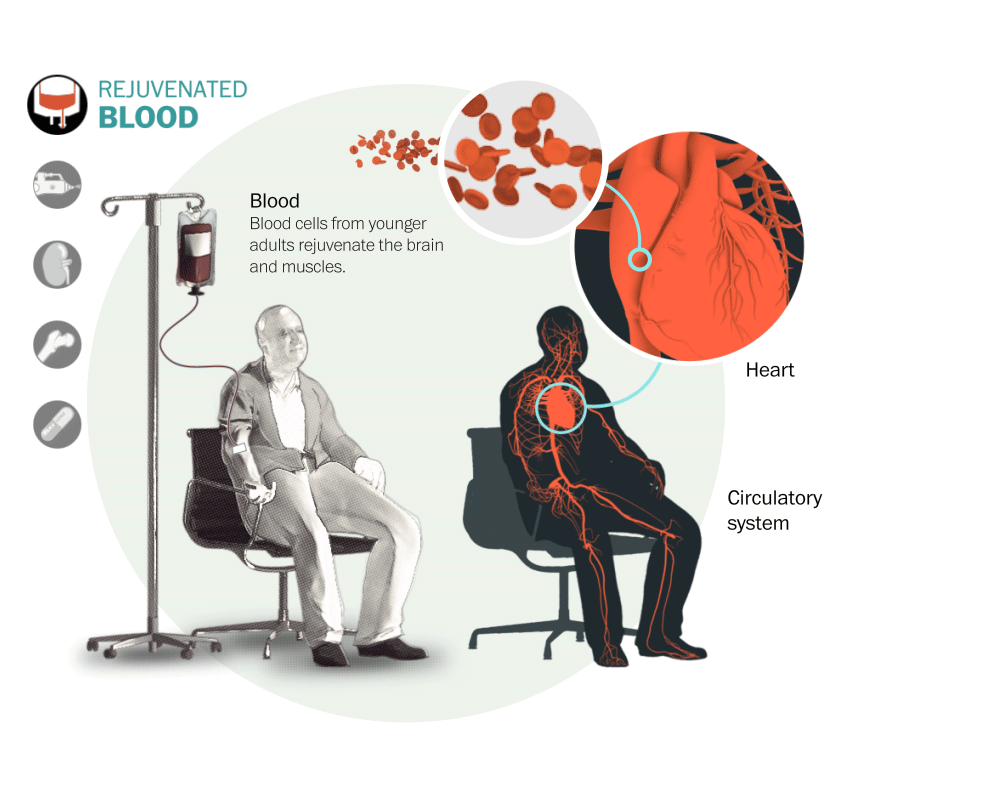 Two teams of researchers have shown that taking blood from young mice and putting it in old mice rejuvenated old muscles and brains. But can the success the research has found in mice be duplicated in humans? Only time will tell. But when it does, this presents plenty of potential and hope for treating age-related disorders, such as Alzheimer’s and heart disease.

Spray-on tan? Why not just replace the skin altogether? 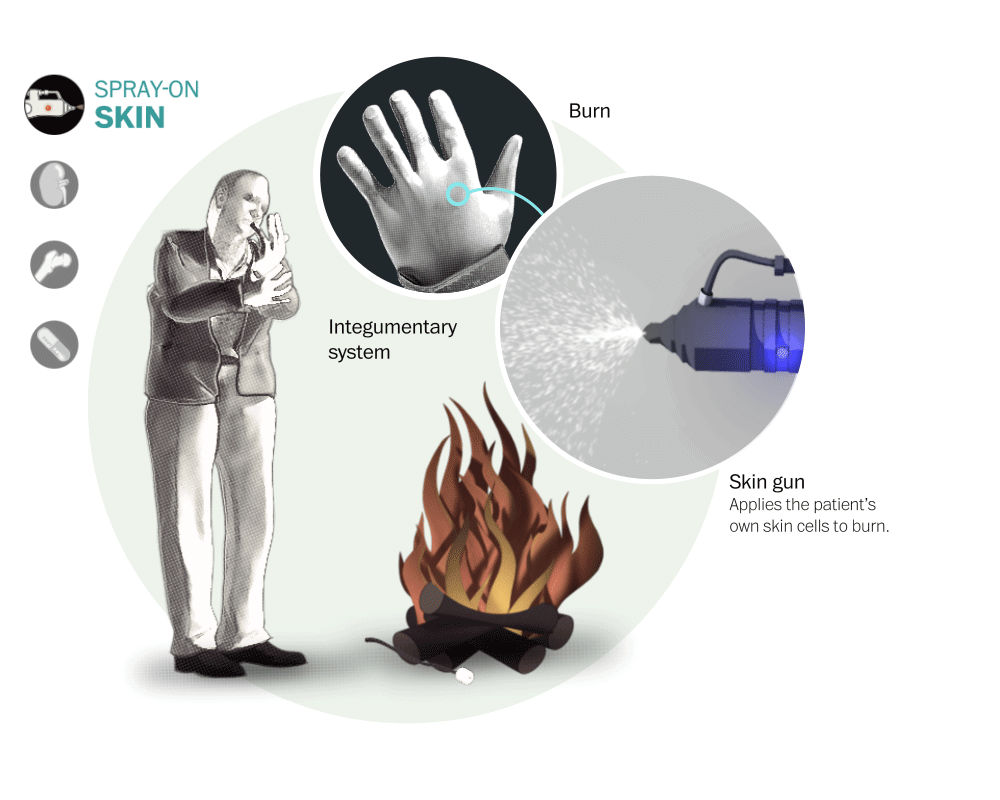 Though still really in experimental phase, doctors have been able to use a technique using spray-on skin to remove a postage-stamp-size piece of healthy skin from a patient and use an enzyme to dissolve the structures holding the skin cells together. The technology has also now been used at an experimental level on soldiers disfigured by the recent wars.

Organs at your desktop: The 3D printer 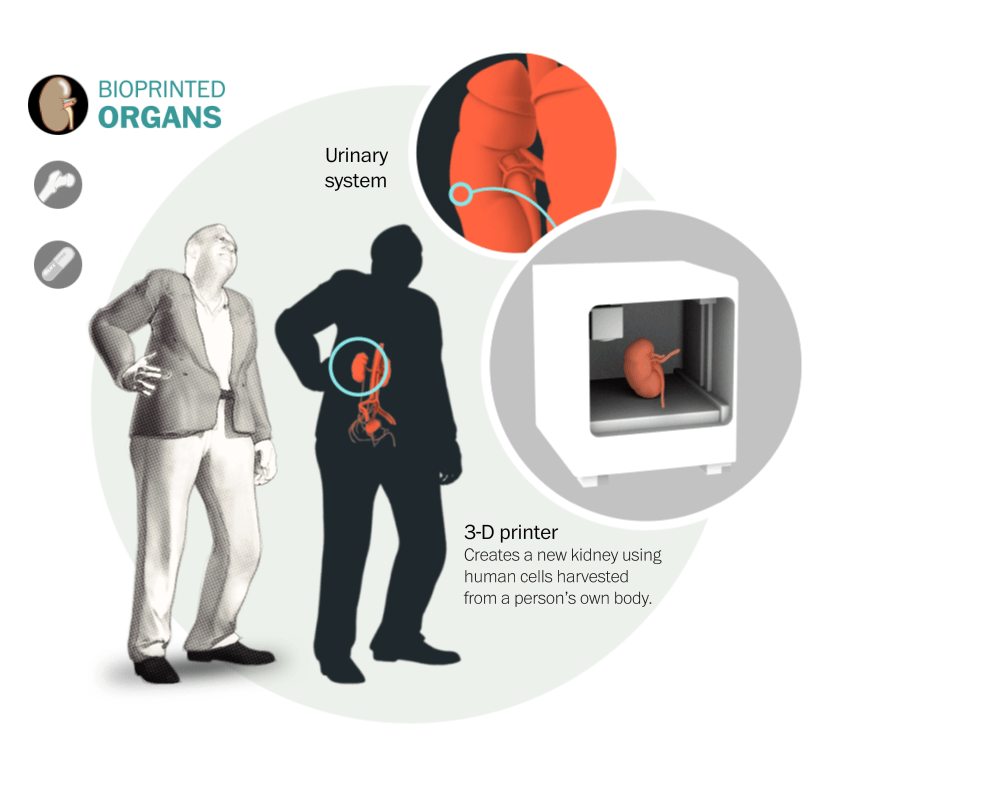 It goes without saying that 3D printing has dominated some of the most attention grabbing headlines in biotechnology of late. The advances in 3D-printing technology are well documented, and lauded. More recently, researchers have had a measure of success with using human cells harvested from a patient’s body and culturing that into a sort of biological ink to be fed into a 3D printer programmed to arrange the cells into a new liver, kidney or other organ. Fresh organs would be kept in bioreactors until they matured. 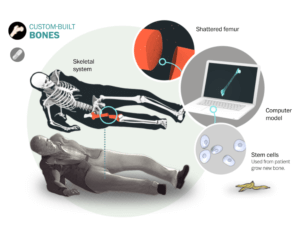 A CT scan is used to build a computer model of a broken or deformed bone. Isolated from a fat sample, a patient’s own stem cells are grown on a scaffold to precisely fit the defect being treated. The process is currently being tested on mice and pigs. 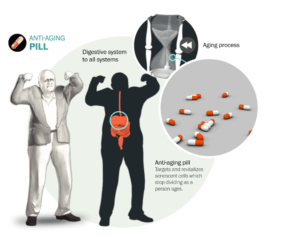 Scientists are trying to find a way to attack aging itself. Research is now ongoing with so-called senescent cells — which have stopped dividing and accumulate as someone ages. Others are looking at telomeres, which are specialized structures at the tips of chromosomes that get worn down as we age. When researchers re-lengthen them in aged mice, the old rodents begin to act young again.

At the end of the day — or the interactive game — the whole idea of human lifespan may soon be upended. Will the larger population be willing to undergo so many tests and science enhancement to prolong your life? How will the longer-lived, growing populations be fed? Well, that is a story for a different day.

John de Dios is the digital media director and contributor to Genetic Literacy Project. He is a freelance science journalist who has contributed to Scientific American Blogs, National Geographic News and other publications. Follow him on twitter @Johndedios.