A short history of GMOs, from prehistoric times to today

Humans have been altering the genetics of organisms for over 30,000 years, but how did the practice of selective breeding evolve into the GMOs, as we know them today?

Our ancestors had no concept of genetics, but they still influenced the DNA of other organisms by a process called “selective breeding” or “artificial selection”. The earliest evidence of artificial selection of plants dates back to 7800 BCE.

The GMO breakthrough came in 1973, with the creation of the first genetically engineered (GE) organism. Immediately the media, government officials, and scientists began to worry about the potential ramifications on human health and Earth’s ecosystems. At the Asilomar Conference of 1975, scientists, lawyers, and government officials debated the safety of GE experiments and concluded that the GE projects should be allowed to continue. 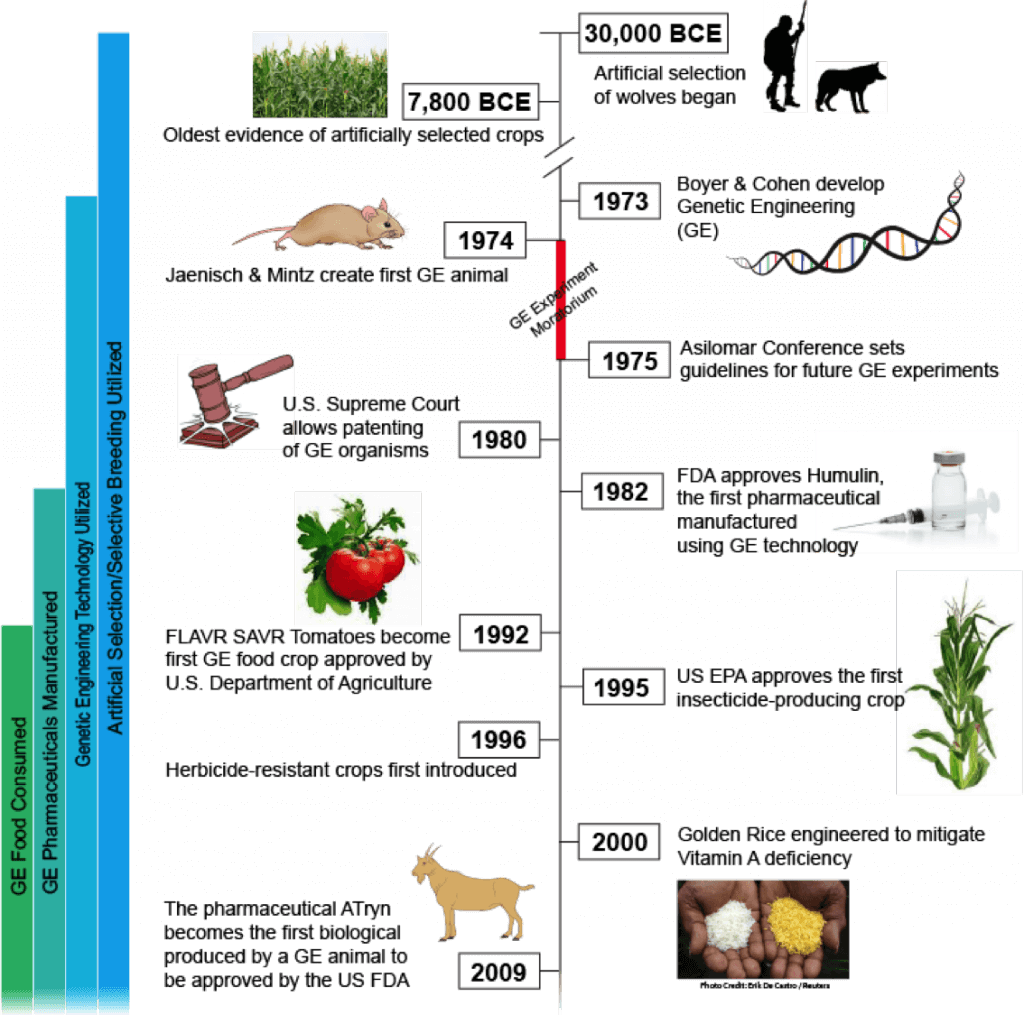 GMO controversies abound, with the majority relating to GE food. While some critics object to the use of this technology based on religious or philosophical bases, most object on the basis of environmental or health concerns.

Though the GMO debate is ongoing, the scientific community has concluded that GE food is safe. This conclusion has not stopped businesses from capitalizing on the current fear of GE food.

There are countless potential uses of GE technology. These include disease and drought resistant plants. The United Nations predicts that by 2050, humans will need to produce 70% more food to feed the global population. Innovative approaches are required to solve this problem, and GMOs are a useful tool.

When our ancestors selectively bred wolves to develop Corgis, they could not foresee that we would be able to genetically engineer corn to withstand drought. What is the future of GMO technology that we ourselves can’t foresee now?

Editor’s Note: This post is part of a series on GMOs in a special edition of the online magazine “Signal to Noise”, produced by Science in the News. You can read the entire series here: Signal to Noise Special Edition: GMOs and Our Food

The GLP aggregated and excerpted this blog/article to reflect the diversity of news, opinion and analysis. Read full, original post: From Corgis to Corn: A Brief Look at the Long History of GMO Technology