Surging Non-GMO sales have organic industry in a panic

Natural-foods makers have spent years going after the industry establishment. Now, they are taking on each other.

Surging sales of foods marketed as made without genetically modified crops are outpacing sales of food labeled organic in U.S. grocery stores. That is frustrating some organic companies and farmers, who invest significant sums to meet government organic standards and to get their foods certified. 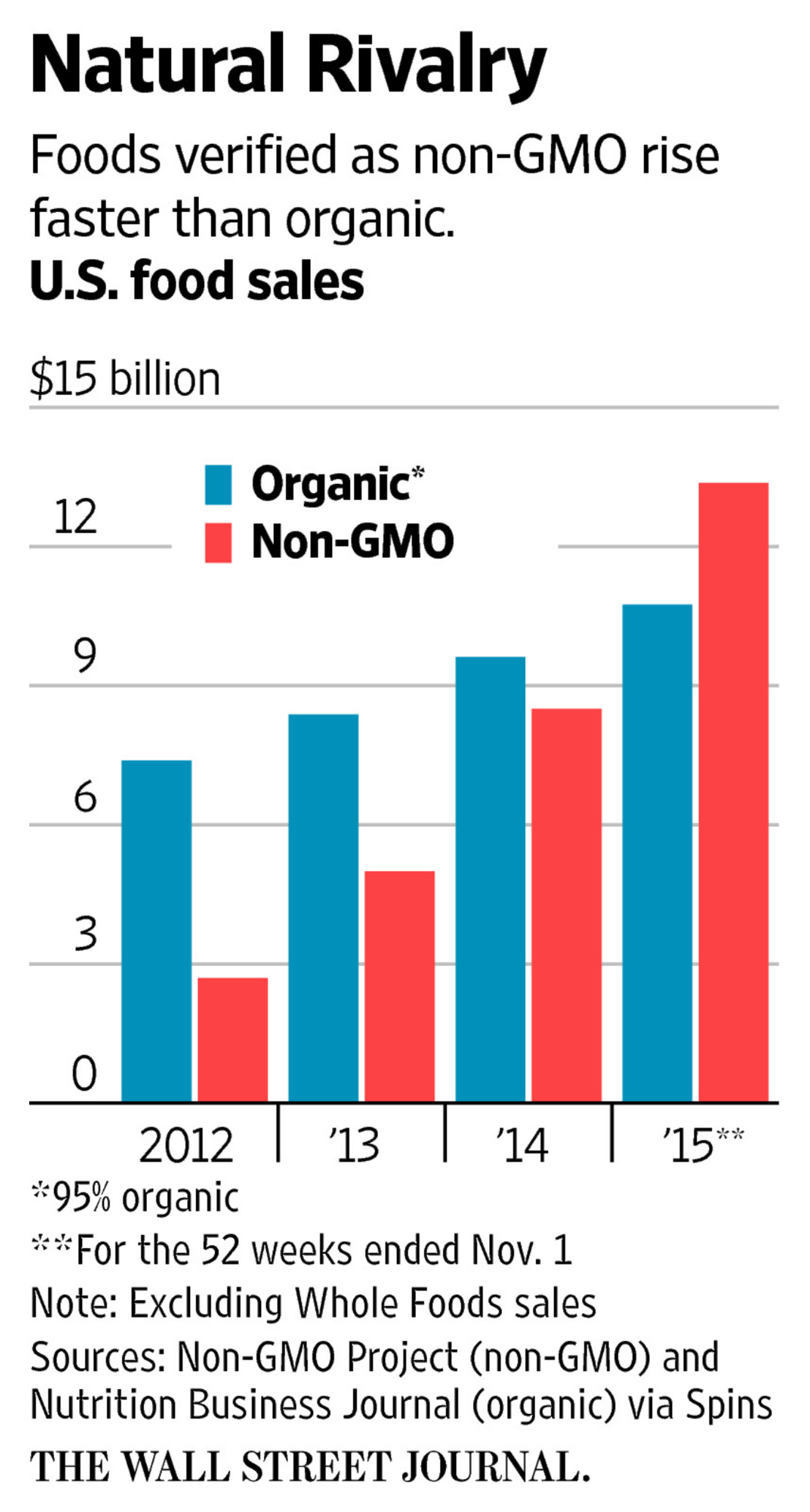 The organic industry is responding with marketing campaigns touting that its foods—in addition to being made without genetically modified organisms, or GMOs, as such crops are known—also abide by other requirements.

One category’s growth can come at the expense of another’s, since specialty foods often compete for the same limited shelf space in supermarkets. Last year, foods labeled non-GMO claimed 3.7% of total food sales in U.S. grocery stores, more than the 3.5% for organic items, according to market-research firm Nielsen NV. About 49% of consumers polled by Nielsen called non-GMO an important factor in food-and-beverage shopping, versus 47% for organic.

The full article is subscription only. Access it here: Organic vs. Non-GMO Labels. Who’s Winning?