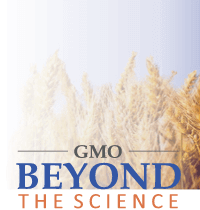 Genetically engineered crops and animals (GMOs) have been a controversial public issue since the first products were introduced in the 1990s. They have posed unique challenges for governments to regulate. Although most working scientists in the field hold the opinion that genetic engineering, for the most part, is part of a continuum of the human manipulation of our food supply that’s gone on for thousands of years, critics contend differently.

Many crop biotechnology skeptics frame their concerns in quasi-religious terms, as a violation of “nature” or fears that the increased use of GE foods will lead to a ‘corporate takeover’ of our seed and food systems, and the adoption of an ecologically destructive ‘industrialized’ agriculture system. GMOs have become a symbol of the battle over what our global, regional and local food systems should look like going forward.

The clout of the food movement that vocally rejects many aspects of conventional farming has exponentially increased since then, promoted by mainstream journalists, scientists and non-profit groups from Michael Pollan to Consumers Union to the Environmental Working Group. Organic leaders and lobbyists, such as Gary Hirshberg, founder of Stonyfield Organics and Just Label It, openly demonize conventional food and farming in defiance of their commitments agreed to in the 1990s that organic food would not be promoted at the expense of conventional agriculture. Attempts to reign in the unchecked influence of the conventional food critics have repeatedly failed; over much of the past decade, they’ve had a sympathetic ear in Washington. Partly in response to the prevailing winds, the USDA has evolved increasingly byzantine regulatory structures when it comes to new GE products.

The Genetic Literacy Project 10-part series Beyond the Science II (Beyond the Science I can be viewed here) commences with this introductory article. Leading scientists, journalists and social scientists explore the ramifications of genetic engineering and so-called new breeding technologies (NBTs), specifically gene-editing technologies such as CRISPR. We will post two articles each week, on Tuesday and Wednesday, over the next 5 weeks.

Regulation is at the heart of this ongoing debate. Many scientists and entrepreneurs have come to view the two key agencies regulating GE in the United States — the Food and Drug Administration and Department of Agriculture — as places where ‘innovation goes to die.’ That’s an exaggeration, but not without some truth; regulations are inherently political, and the winds have been blowing against technological breakthroughs in agriculture for much of the last decade. On average, it takes upwards of $125 million and 7-10 years for the Agriculture Department to approve a trait, exhausting almost half of a new products 20-year patent protection. No wonder the agricultural sector is consolidating, and most new products are innovated by larger corporations.

The regulatory climate may be changing, perhaps radically, in the United States and possibly in the United Kingdom, as the result of recent elections.

Many of the old rules and regulations regulating GE crops were set up in the 1980s and early 1990s. They are arguably creaky, overly-restrictive and do not account for dramatic increases in our understanding of how genetic engineering works and the now clear consensus on their safety.

Now with NBTs, which are largely unregulated since the techniques were not foreseen 30 years ago when regulations were first formulated, agricultural genetic research is at an inflection point: Will governments make the same mistake that they did previously and regulate innovation almost out of existence, or will they incorporate reasonable risk-risk and risk-benefit calculations in evaluating which technological advances should proceed with limited regulations?

Decisions on these issues will shape not only food and farming in Europe, North America and the industrialized nations, but the food insecure developing world, which looks to the West for regulatory guidance.

The second article in our series, by University of California animal geneticist Alison Van Eenennaam, addresses the challenges of regulating genetically engineered animals. She focuses on dehorned cows, which have been developed without gene editing over many years with, at times, less than optimal results. Should gene editing be evaluated on a case-by-case basis triggered by the novelty of the traits, or should the entire process be heavily regulated — the general approach favored by the European Union in regulating more conventional genetic engineering?

Pesticide Debate: How Should Agricultural Chemicals Be Regulated to Encourage Sustainability?

Dave Walton, an Iowa farmer, discusses the brouhaha that has erupted in recent years over the use of glyphosate, the active ingredient in the weed killer originally developed under patent by Monsanto. Many GMO critics are now expressing concerns over pesticide use in conventional agriculture, using glyphosate as a proxy for attacking the technology. Are their concerns appropriate? Walton, who grows both GE and non-GE crops and is director of the Iowa Soybean Association, has used glyphosate on his farm since the introduction of herbicide resistant crops in 1996. He uses on average a soda-sized cup of glyphosate per acre, and the use of the herbicide has allowed him to switch from more toxic chemicals. Most strikingly he discusses the sustainability impact if a glyphosate ban is imposed, as many activists are calling for.

Plant pathologist Steve Savage challenges us to think in a more nuanced way about a popular belief that organic farming is ecologically superior to conventional agriculture. The Agricultural Department has been a fractious mess in recent years in its efforts to oversee and encourage new breeding technologies. When the Clinton administration oversaw the founding of the National Organics Standards Board in 1995, USDA officials extracted the commitment from organic industry that the alternative farming system would not be promoted at the expense of conventional agriculture. After all, study after study, then and now, has established that organic farming offers no safety nor clear ecological benefits.

“Let me be clear about one thing,” said former Secretary of Agriculture Dan Glickman in December 2000. “The organic label is not a statement about food safety, nor is ‘organic’ a value judgment about nutrition or quality.”

But that’s not what’s happened.

Regulations and the ‘NGO Problem’ in Africa and Asia

While GE crops were pioneered in the United States and embraced in other western coun- tries outside of Europe, there has been resistance in regions of the world where these innovations could arguably bring the most impact: Africa and poorer sections of Asia. Ma- haletchumy Arujanan, executive director of Malaysian Biotechnology Information Centre and editor-in-chief of The Petri Dish, the first science newspaper in Malaysia, takes on the emerging Asian food security crisis posed by a parallel rise in population and living (and food consumption) standards. She reviews the successes and failures in various countries, and the effective campaigns by anti-GMO NGOs, mostly European funded, to block further biotech innovation.

Margaret Karembu, director of International Service for the Acquisition of Agribiotech Applications, Africa regional office (ISSSA) AfriCenter based in Nairobi, has found a similar pattern of mostly European-funded NGOs attempting to sabotage research and spread misinformation about the basic science of crop biotechnology. Africa is the ultimate ‘organic experiment’, and farmers have failed miserably using family agro-ecology techniques for decades. Cracks are beginning to form in the anti-GMO wall erected across the continent and there are hopes that young people will be attracted to farming, lured by the introduction of GE crops and other innovations.

Brandon McFadden, assistant professor in the Food and Resource Economics Department, University of Florida, addresses the complex views of consumers regarding innovation and GE foods. The public has a widely distorted perception of what genetic engineering entails, which helps explain why consumers remain so skeptical about technological innovation in farming.

Julie Kelly, a contributing writer to numerous publications including the Wall Street Journal, National Review and the GLP, takes on Hollywood in her analysis of the celebrity embrace of the anti-GMO movement. Who are the ‘movers and shakers’ manipulating public opinion in favor of the organic movement and against conventional agriculture? Is the celebrity-backed science misinformation campaign working?

Future of GM Research and How the Public Debate May Evolve

Paul Vincelli, extension professor and Provost’s Distinguished Service Professor at the University of Kentucky, has been perturbed about the attack on independent university researchers for working with the biotechnology industry over the years. By law, land grant university scientists are required to work with all stakeholders, particularly corporations who are developing the products used by farmers, including organic farmers. No, scientists who partner with corporations in research and product development are not ‘shills’. He rejects the knee jerk belief, advanced by many activist critics of GE crops, that corporate funding necessarily corrupts science and should be banned.

Finally, risk expert David Ropeik has an optimistic take on the future. He believes 2016 may have been a turning point in the debate over GE foods. Technology rejectionists, from Greenpeace to labeling activists, are sounding increasingly shrill and less scientific. Gene editing, he believes, could undercut claims that GE foods are unsafe because they are unnatural. He is convinced, perhaps optimistically, that GE opponents will soon be viewed as ‘science denialists.’

Anti-GMO critics cite opinion polls and the votes of anti-GMO legislators in Europe and elsewhere as ‘proof’ that genetic engineering should be curtailed and more heavily regulated. That’s a rickety platform if one believes in science, however; science is not a popularity contest. 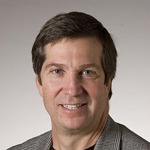