Was the EPA right not to ban the crop pesticide chlorpyrifos?

Some critics have characterized the decision by the EPAs new head, Scott Pruitt, as a pro-business move that ignores the agency’s own scientific findings questioning the safety of the pesticide. On the other hand, farming and agricultural groups, including an office within the U.S Department of Agriculture, have hailed the decision as one that rejects unreliable scientific evidence. 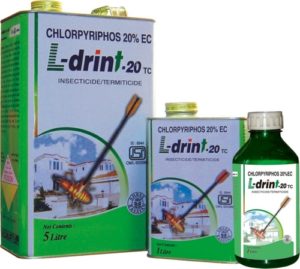 The pesticide has been in use since 1965 after being introduced by Dow Chemical, which sells it under the trade name Lorsban. In agriculture, it is employed widely in the growing of corn, but also is used on a range of other crops, including soybeans, nut trees, cranberries, broccoli and cauliflower. The pesticide also is used around golf courses, turf and for treating utility poles and fence posts.

It was banned for household uses in 2001, after the EPA said it could cause weakness, vomiting and diarrhea in children. Ten years ago, the petition for a complete ban was filed by the National Resources Defense Counsel and Pesticide Action Network North America.

The rejection of that petition was criticized by Forbes contributor Emily Willingham, who writes about science and parenting:

The original 2001 ban was put into place because of findings suggesting genuine neurotoxic threat with use of the pesticide in homes. Similar findings support the now-not-happening crops ban. The pesticide is undoubtedly effective and does what it’s intended to do: destroy pests that try to destroy crops. But like so many such chemicals, its success for us can also be a threat to us.

Willingham cites several studies (here, here and here) suggesting exposure to the pesticide may cause developmental problems among children. And she points out that the EPA’s own assessment is not favorable toward the pesticide:

In summary, the EPA’s assessment is that the CCCEH [Columbia Center for Children’s Environmental Health] study, with supporting results from the other two U.S. cohort studies and the seven additional epidemiological studies reviewed in 2015, provides sufficient evidence that there are neurodevelopmental effects occurring at chlorpyrifos exposure levels below that required for AChE inhibition.

In its November 2016 revised human health risk assessment, the EPA concurred, maintaining that there are risks related to the pesticide:

There are, however, questions — even within the EPA — about the findings in those cited studies, according to an article in the New York Times:

An E.P.A. scientific review panel made up of academic experts last July also had raised questions about some of the conclusions the chemical safety staff had reached. That led the staff to revise the way it had justified its findings of harm, although the agency employees as of late last year still concluded that the chemical should be banned.

Criticism of these safety studies is offered in an article by the pesticide industry trade group, Croplife 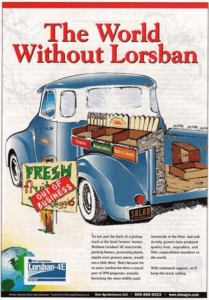 America, which said the Columbia Center researchers “reported outcomes that could not be replicated and are soundly contradicted by findings from other studies. EPA’s decision to deny the chlorpyrifos petition is a hopeful indication that EPA is recommitting to adherence to established requirements and guidelines relating to transparency, public process and scientific integrity.”

The story also noted debates within the EPA over the weight placed on various risk assessments and the study outcomes reported by the Columbia Center. Included in the process were reviews by three separate federal scientific advisory panels (covering insecticides, fungicides and rodenticides) from 2008 to 2016.

All three SAPs came to the same conclusion, questioning EPA’s shift to the use of certain epidemiological study outcomes rather than toxicological data in human health risk assessments. In particular, the SAPs cautioned EPA against using the study outcomes from CCCEH. EPA’s reengagement on the registration-review of chlorpyrifos will afford ample opportunity for all concerns to be properly considered.

The EPA decision also was supported by the United States Department of Agriculture’s Office of Pest Management Policy. Director Sheryl Kunickis said in a statement:

This is a welcome decision grounded in evidence and science. It means that this important pest management tool will remain available to growers, helping to ensure an abundant and affordable food supply for this nation and the world…It is also great news for consumers, who will continue to have access to a full range of both domestic and imported fruits and vegetables.

At least for now, the issue appears to be settled. The next scheduled re-evaluation of the pesticide is in 2022. That distant deadline drew criticism from many circles, including from Willingham:

Five years is a long time and no doubt a lot of money for those with a vested interest in keeping the chlorpyrifos faucet (chlorpyrifaucet?) running. The question then still remains: What harm will this chemical do to the developing brains of our nation’s children and the ecosystems around our nation’s crops in the meantime? As its own website shows, the EPA had already made its decision, or at least it had until Pruitt came on board.

For more on the safety of the pesticide, the National Pesticide Information Center’s fact sheet provides what is often regarded as definitive guidance. The center notes that exposure to small amounts of chlorpyrifos can cause a range of symptoms, including runny nose, drooling, sweat, headaches, nausea and dizziness. “In severe poisoning cases, exposure can lead to unconsciousness, loss of bladder and bowel control, convulsions, difficulty in breathing, and paralysis.”

On whether it can contribute to cancer:

Researchers have exposed rats and mice to chlorpyrifos in laboratory studies to see if chlorpyrifos would cause tumors. Chorpyrifos was not linked to cancer by any of these studies. The U.S. EPA has decided that there is “evidence of non-carcinogenicity for humans” for chlorpyrifos.

On whether anyone has studied non-cancer effects due to long-term exposure:

Long-term exposure to chlorpyrifos in people caused the same nervous system effects as short-term exposures did, but did not cause any additional health problems. Some people have suffered delayed nervous system damage if they were exposed to very large amounts of chlorpyrifos. This is very rare, and scientists and doctors do not understand it very well.

And why children may be at greater risk: