Kristen Hovet | May 24, 2017
This article or excerpt is included in the GLP’s daily curated selection of ideologically diverse news, opinion and analysis of biotechnology innovation.

About 10 years ago, I did something that most self-respecting science lovers never do. I went to a practitioner of alternative medicine.

I had been experiencing an array of symptoms that seemed to come and go, but were always present to some degree. These symptoms included hives, near syncope (feeling faint), low blood pressure, mild to moderate facial swelling, headache, tinnitus, sinusitis, palpitations, fluid retention, and digestive problems. On two occasions, severe stomach pains sent me to the ER. Both times I was told “acute gastritis of unknown causes”.

My family doctor and clinic doctors had no idea what to do with me. One, focusing on the digestive complaints, diagnosed me with IBS and dismissed the other symptoms as “stress-related”; another, focusing on the near syncope and related symptoms, said I was prediabetic. Diagnostic testing did not confirm prediabetes, or any other condition for that matter.

Allergy tests revealed birch and alder allergies, along with slight allergies to dust mites and cats, but nothing food-related. My one chronic medical condition, celiac disease, was well-managed and couldn’t have been contributing to the issue at hand. I was sick of doctors and sick of myself being sick. And I knew the doctors were sick of me, too. “Look,” one said with a deep sigh. “I think this may be a mental health issue we’re dealing with. Maybe depression. Go home and think about talking to a therapist.”

I knew what depression felt like, and this wasn’t it. So I did what any desperate person would do. I 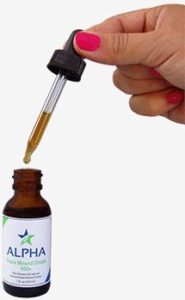 booked an appointment with the neighborhood naturopath.

After a long intake interview, I left the naturopath’s office with a small vial of $50 mineral drops and a prescription: to start a strict plant-based diet immediately. I was told that a vegetarian diet would “balance my gut”.

My symptoms quickly became worse on my new vegetarian diet. After eating a spicy vegetable wrap for lunch one day, such large hives developed on my face that my right eye nearly closed shut.

Feeling disoriented and with a pounding headache, I went home from work early, popped some antihistamines and acetaminophen, and attempted to push on. I developed the kind of fatigue that makes it difficult to get out of bed in the morning and even more difficult to stay awake all day. Before the symptoms started, I’d never had problems with lack of energy. I knew something had to be wrong with the new diet, but none of it made sense. I was eating better than I’d ever eaten before. 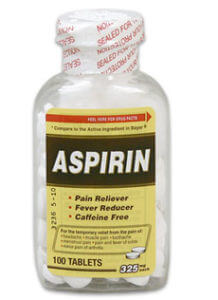 When I went back to my usual omnivorous diet, the symptoms settled down to their normal level—a significant dent in my quality of life, in other words, but not quite as disruptive. I decided to return to my family doctor, who was even more baffled by what I jokingly referred to as “my dangerous brush with vegetarianism”. A few months went by and I tried a couple of elimination diets. My symptoms remained unfazed and unresponsive.

One afternoon I developed asthma-like symptoms, a choking sensation (Globus pharyngis), and a now-familiar bout of gastritis. Back to the ER I went. Little did I know that the dose of aspirin I’d taken earlier that day would be the key to receiving a diagnosis. An immunologist, upon reviewing my medical history and current symptoms, finally gave a name to this bizarre condition: salicylate intolerance.

Salicylate intolerance is an adverse reaction to aspirin and other nonsteroidal anti-inflammatory drugs (NSAIDs), like ibuprofen and naproxen. Other common salicylate-containing medications include Pepto-Bismol (bismuth salicylate), muscle and joint ointments (methyl salicylate), and topical acne creams. A subset of individuals can also react to salicylates in foods—a condition defined by Martin Raithel et al. of the Department of Medicine, Erlangen University, Germany, as “a nonspecific antigen-induced pseudo-allergic hypersensitivity reaction to salicylic acid, its derivatives or other related organic or inorganic acids,” such as sodium benzoate and benzoic acid.

Where do salicylates naturally occur? In plants. Namely, they are found in the fruits, vegetables, herbs, and spices that the majority of humans consume each day. Aspirin itself was synthesized by Felix Hoffman in 1897 using salicylic acid from the willow tree. Aspirin has become one of the most common over-the-counter pain relievers and anti-inflammatories in the world, and is also responsible for many adverse reactions, especially in those with a history of asthma.

I had been diagnosed with seasonal allergy-induced asthma as a teenager. Everything was beginning to make sense.

Related article:  Chasing origins of anorexia: Are there genetic links to the complicated disorder?

Salicylic acid is a phytohormone that makes up part of a plant’s natural defense system, protecting it from harmful bacteria, viruses, and fungi. Levels of salicylic acid in each type of plant varies from crop to crop, depending on presence of pathogens, climate and weather, and other factors. Interestingly, organic crops and processed foods composed of organic produce contain much higher levels of salicylates than conventional crops.

Due to its anti-fungal and anti-bacterial properties, salicylic acid and its derivatives are frequently used as preservatives in processed foods, condiments, cosmetics, and toiletries. Salicylates are harmless to those without salicylate intolerance, unless consumed in very high quantities.

Besides those mentioned above, symptoms of salicylate intolerance can include fever, larynx edema and vocal hoarseness, bloating, ulcers, diarrhea, colitis, myocarditis, pericarditis, Kounis syndrome, hyperactivity, irritability, and in rare cases anaphylaxis. Symptoms, which are explained by an overproduction of leukotriene metabolites, can vary greatly from person to person. Since few doctors are trained to detect salicylate intolerance outside of adverse reactions to NSAIDs, this can be a particularly difficult condition to diagnose. An individual can go undiagnosed or misdiagnosed for several years. To make matters worse, medications meant to reduce symptoms, such as Pepto-Bismol (bismuth salicylate) for digestive complaints, can greatly exacerbate the problem.

Salicylate intolerance is rarely seen in children, and typically presents in mid-adulthood, indicating an acquired disorder. That said, certain genetic polymorphisms have been associated with the aberrant metabolism of salicylic acid, indicating a possible genetic predisposition as well. Salicylate intolerance appears to be a progressive illness, with reactions developing gradually over two to 15 years. Exact prevalence is unknown, though estimates range from two to three percent of the general population, and around 20-30 percent of asthmatics and those with idiopathic hives, according to Marek L. Kowalski of the Department of Immunology, Rheumatology and Allergy at the Medical University of Lodz, Poland and Donald D. Stevenson of the Division of Allergy and Immunology at the Scripps Research Institute in San Diego. To put this into perspective, salicylate intolerance is thought to be more common than autism. 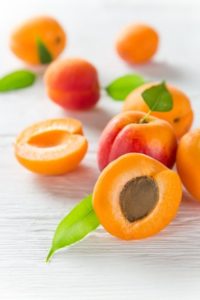 No evidence-based cures exist at this time for salicylate intolerance, and the majority of those diagnosed must avoid the offending substances for the rest of their lives. This means experimenting with foods gradually, discontinuing use of toiletries and cosmetics that contain salicylates and benzoates, and informing doctors and pharmacists of the intolerance. NSAIDs and any other cyclooxygenase (COX) inhibitors should not be taken.

Patients whose predominant symptoms include nasal polyps, respiratory problems, and asthma (aka Samter’s triad) appear to respond well to aspirin desensitization treatments conducted in hospital settings. For others, mast cell stabilizers such as Gastrocrom and quercetin can help reduce symptoms by decreasing mast cell degranulation, while corticosteroids can reduce the inflammatory pathways underlying many symptoms of salicylate intolerance. Anti-leukotriene drugs, such as Montelukast may help some with bronchoconstriction and other breathing difficulties resulting from ingestion of salicylates. Antihistamines can help with skin symptoms, such as hives and itching, but often lead to fatigue. All of these medications come with risks of serious side effects, especially when taken long-term.

Within a few days of following a low salicylate diet, I felt like a new person. And within a couple of weeks, my energy levels were off the charts, as all of my symptoms had disappeared. I’m able to eat a lot of fruits and vegetables that fall in the low-salicylate to moderate-salicylate categories, and even a small amount of herbs and spices. But some of the foods that I once enjoyed are no longer allowed, such as figs, dates, coconut, olive oil, peppers, grapes, peppermints, sweet corn, pickled foods, and apricots. Anything with concentrated fruit or vegetables is off-limits, along with any food or beverage that contains artificial flavoring or coloring. If I cheat or mistakenly ingest foods with high salicylate content, I pay for it with a quick return of symptoms. Since salicylate poisoning can occur more easily in those with salicylate intolerance, care must be taken when dining away from home.