Consumer Reports’ Greener Choices project is, in their words, an attempt to make “sweeping, systemic change in the food system”. Recently they rated the “Non-GMO Project” label as “highly meaningful”. Assuming they are using the definition of the word “meaning”, they couldn’t be more wrong.

significant quality; especially : implication of a hidden or special significance

They start by explaining that the label is “aimed at helping consumers find foods without GMOs. ‘GMO’ stands for genetically modified organism and refers to plants, animals, or other organisms whose genetic code has been changed in ways that do not occur naturally.”

But according to the FDA, “the term “genetic modification” encompasses a broad range of methods that can be used to alter the genetic composition of a plant. FDA’s longstanding position has been that the term has traditionally been used broadly to signify the alteration of the genotype of a plant using any technique, new or traditional.” The FDA guidance to industry states that the very label itself should not be used as, with the exception of fish and some berries, everything we eat has been modified genetically through methods that do not occur naturally. 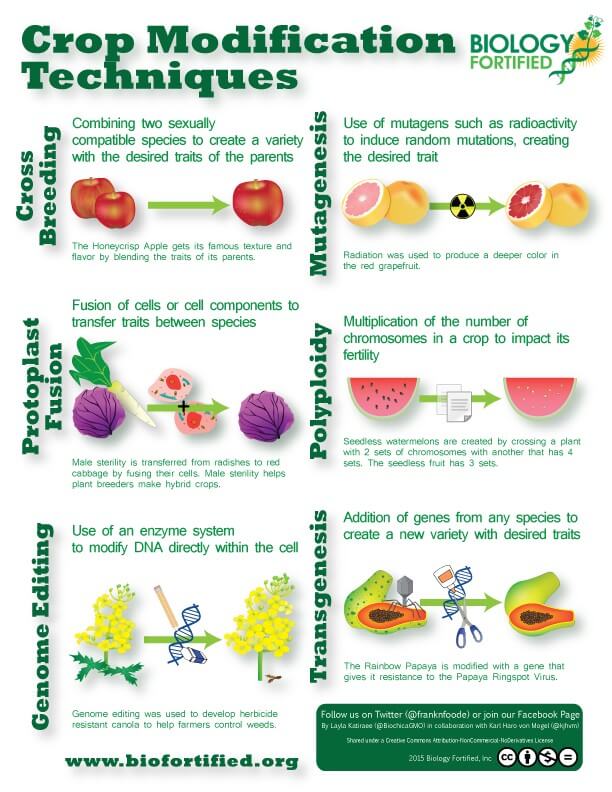 Unfortunately, the FDA also states that they do not intend to take action against companies making these misleading claims.

Consumer Reports also makes the claim that the Non-GMO Project is free from conflict of interest simply because no one on the Standard Committee works for a company that uses the label. This ignores an employee from Organic Valley who stands to personally gain from demonizing biotechnology and a Food Chain ID employee who benefits financially from companies testing food for biotech ingredients.

Arguments against biotechnology mentioned by Consumer Reports include arguments about “herbicide tolerant” and “insect tolerant” traits. They fail to mention other traits such as disease resistance or that crops grown without biotechnology can also be bred to be herbicide tolerant and insect resistant. Even organic corn is technically atrazine tolerant (even though atrazine would not be allowed to be used on an organic farm).

Why would so many organic-industry faces care so much about labeling conventional food? Not only do they gain by spreading fear of ingredients in the food, but by attempting to force biotechnology out of the marketplace they limit any potential risk of organic farmers losing certification over accidentally growing biotech crops.

Why would Consumer Reports favor such an obviously misleading and deceitful label? Michael Hansen, a longtime anti-GMO activist, helps run Greener Choices. He also has a “senior scientist” title at the Consumers Union. Like the Non-GMO Project, he works closely with the organic industry to boost their profits. He regularly communicates with organic industry and anti-biotechnology activists for “for secret coordination and planned attacks”.

Consumer Reports claims to empower “consumers with the knowledge they need to make better and more informed choices” and claim to be free of “commercial influences”. This may be true on matters such as interest rates and warning about the dangers of cigarettes, but when it comes to the science of biotechnology they fail significantly.

A version of this article appeared on Medium as “Consumer Reports deceives consumers by calling ‘Non-GMO’ labels ‘meaningful’” and has been republished here with permission from the author.

Stephan Neidenbach is a middle school teacher in Annapolis, Maryland. He holds a BS in business administration from Salisbury University and an MS in Instructional Technology from the University of Maryland. He started and runs the Facebook group We Love GMOs and Vaccines. Follow him on Twitter @welovegv.