This usually isn’t a big deal. But in this case, the products’ ability to control corn rootworm is based on a ribonucleic acid interference technology (RNAi). That means there’s no gene editing and no manipulation of anything a plant (or animal) doesn’t already do.
But news organizations, including Science magazine’s front news section, declared that the EPA approved the products “quietly,” and noted that “the EPA only allowed for 15 days of public comment, and the agency did not post its proposed decision in the Federal Register.”

The EPA has done this before, usually because other federal agencies would have taken the lead on approving a new pesticide product. And this this case, that’s what happened: Monsanto submitted its application for MON87411 (the regulatory name for SmartStax Pro) in 2013 to the FDA which cleared it nearly one year later, and USDA’s Animal and Plant Health Inspection Service announced the product’s non-regulated status (how the USDA signals its approval) in 2015. EPA’s approval was required because this was the first time an RNAi product was a pesticide.

Predictably, the procedure drew some criticism from anti-GMO groups, such as the Earth Island Institute, which incorrectly called it a transgenic corn. While an article’s headline on RNAi crops claims that not enough is known, the body of the article acknowledges that RNAi isn’t at all new. But the group, as well as the Center for Food Safety, presented their objections:

The FDA has already completed its voluntary assessment and found that it presents no concerns. Dr. Margaret Mellon, a consultant to the Center for Food Safety who considers herself “a thoughtful critic of the technology,” described the FDA’s review as “superficial.” “FDA didn’t consider any risks specific to the RNAi process, including the possibility off-target effects,” she said. “dsRNA can turn off many more genes than intended, and in many cases the changes will be subtle. 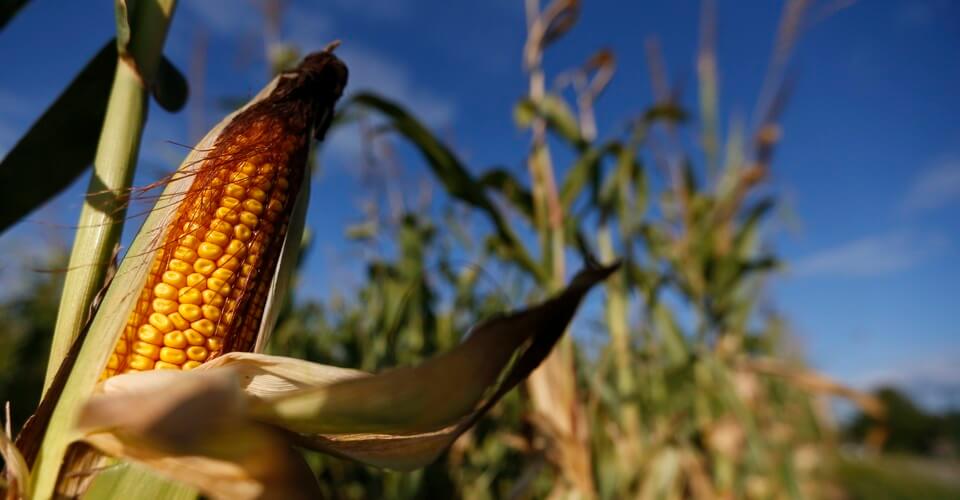 What kind of GMO is SMARTSTAX?

This new product isn’t entirely a GMO — not by the way the unscientific term is used by anti-GM activists and others. The new addition of RNAi is not transgenic (because it introduces nothing from another species into the corn).

The RNAi was added to a product that had previously been approved by regulators, and is GMO (more appropriately known as transgenic): the SmartStax is a combination of two genes that express Cry3Bb1 and Cry34Ab1/Cry35Ab1. The new SmartStax PRO also expresses those two genes. But it also adds the RNAi.

The product is a strip of double stranded RNA called DvSnf7 dsRNA. Most RNA is single-stranded, which makes it more versatile to do its job—transmit genetic information from DNA into making proteins. But dsRNA exists naturally, and it does a corollary of this job—it interferes with the ability of DNA and some RNAs to create protein. It can slow down or completely stop the production of gene expression products, like proteins. And cells do this all the time, as a part of their regulation of gene expression.

In the case of corn rootworm, the DvSnf7 dsRNA doesn’t do anything to genes in the corn. It’s designed to silence a gene in the rootworm itself. The RNA isn’t very large (about 968 nucleotide bases) and it targets the Snf7 gene in corn rootworm (also known as Diabrotica virgifera; hence the name). The rootworm’s RNAi machinery recognizes the RNA, and decreases expression of proteins by the Snf7 gene. This reduces growth of the rootworm and ultimately kills the pest.

Related article:  Are we 'meddling with creation' by growing GMO crops?

SmartStax PRO, largely thanks to the DvSnf7 RNAi addition, works better than the “GMO” SmartStax. While the older product could reduce root damage at all but one location in this study by Monsanto, Dow and University of Nebraska researchers, SmartStax PRO reduced damage at all test locations, even when there was evidence of resistance to one of the Cry proteins. The RNAi addition reduced emerging rootworm by 80 to 90 percent.

Another significant point is that most RNAi activity is literally walled off in cells. As writer Sterling Ericsson wrote in a piece published in the GLP in 2016, RNA would have to breakthrough physical cell walls, and evade RNA-degrading structures like lysosomes.

This comes at an important time, as corn rootworm is recognized by farmers and regulators as “a billion-dollar pest.” It indeed causes $1 billion in damage to corn each year just in the United States, first by eating corn roots in the insect’s larval stage, and then by feeding on corn leaves and silks in its adult, beetle-like stage. Before genetic modifications of any kind, corn rootworm was subjected to soil insecticides, such as chlorpyrifos, carbaryl, or permethrin, according to Purdue University. These, of course, presented a number of environmental problems. Corn also started to resist these insecticides. When transgenic Bt corn was introduced, the innovation at first stemmed the encroachment of rootworms, but, like any pesticide, resistance began appearing in Bt corn as well. The new SmartStax products do include Bt as well as the new RNAi trait. 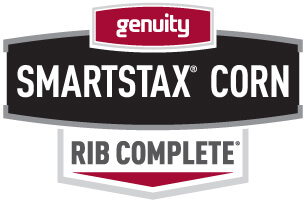 This is not the first time RNAi’s shown up as a part of our food chain. It’s been approved to help prevent browning in the Arctic Apple, enhance the nutrition of alfalfa and soy, and helped plants resist certain viruses. In pharmaceuticals, it’s been an integral part of drug development, including a number of new cancer drugs currently undergoing clinical trials.

The 2006 Nobel Prize in Physiology or Medicine was awarded to Andrew Fire and Craig Mello “for their discovery of RNA interference – gene silencing by double-stranded RNA,” based on a 1998 paper in Nature announcing the discovery of how RNAi degraded messenger RNA from a specific gene. Especially after 2006, RNAi become a hot drug target among pharmaceutical firms. However, a few early clinical trials showed no effect or extreme immune responses, and, with additional pressures from a slumping economy and changes in the pharma business, many firms dumped their RNAi programs.

And for food, the latest Monsanto product show the first RNAi approved pesticide, and several other food-related RNAi technologies are in the works, including soybeans that make omega-3 fatty acid rich oils, or an insecticide that kills the varroa mite associated with honeybee hive collapses.

And resistance to even RNAi is still possible, and farmers have been encouraged in general (and not just when using genetically modified crops) to set aside “refuge” areas planted with non-GM varieties, and rotating crops, to keep resistance genes off their guard.