Viewpoint: Should US be subsidizing organic farming when label seems increasingly meaningless?

Several lawmakers just introduced a bill that would nearly triple the budget for the USDA’s National Organic Program (NOP), the federal agency in charge of overseeing the U.S. organic market. But before we hand over more tax dollars to this bureaucracy, Congress should demand hearings about NOP’s complicity in what might be the biggest consumer scam in decades: the sale of phony organic food.

Last month, the USDA’s inspector general released a shocking report detailing widespread fraud throughout the global organic-food supply chain and noting the failure of federal officials to ensure the integrity of the organic market in the U.S. The report is proof that millions of consumers have been — and are still being — duped, buying pricier “organic” products that do not meet federal organic standards. It is very likely that organic companies (and the advocacy groups they support) ignored this fraud so they could continue charging higher prices for food labeled organic. Many organic executives are Democratic donors and fundraisers, so consumers also have a right to know whether the Obama administration overlooked this system-wide consumer fraud to protect its pals in the organic industry.

Organic imports have exploded over the past decade to keep pace with consumer demand. The U.S. is a net importer of organic goods, from coffee to feed grains such as corn and soybeans. At the same time, organic brands are rolling in the dough, misleading consumers to believe their products are “local” and healthier than non-organic options. None of it is true. Furthermore, the inspector general’s report warns that “U.S. consumers of organic products have reduced assurance that foreign agricultural products maintain their organic integrity from farm to table,” which should outrage anyone who is a regular buyer of organic food.

Investigators discovered that imported organic shipments often did not have the proper certification, and that NOP officials were “unable to provide reasonable assurance that imported products labeled as organic were from certified organic foreign farms and businesses that produce and sell organic products.” This is at the core of the potential fraud: “There is no definitive test to identify whether a product is organic or not,” Jayson Lusk, head of Purdue University’s agricultural-economics department, told me. “Organic is primarily a certification of processes. To the extent consumers value these processes, trust in the certification system is key to the integrity of organic.” 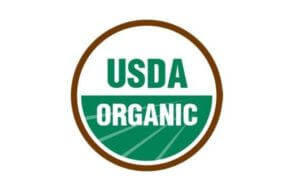 Investigators also found that imported organic produce was fumigated with prohibited pesticides, an egregious violation of federal policy: “This practice results in the exposure of organic agricultural products to NOP-prohibited substances.”

The USDA report was released shortly after a Washington Post exposé found that millions of pounds of fraudulently labeled corn and soybeans had entered the organic supply chain. These grains were mostly used as livestock feed; federal rules require that animals be given only organic feed if their meat, eggs, or milk will be labeled organic. The reason why “organic” grain imports are at an all-time high is that nearly all the commodity crops grown here are genetically modified and thus not allowed in organic production. (How stupid is it for the world’s largest grower of these crops — the U.S. — to now import allegedly organic versions?)

Imagine for a moment this was any other industry. Suppose the pharmaceutical industry had been caught using shady ingredients from dubious exporters, mislabeling their drugs, and selling them to consumers at a premium. Capitol Hill and the media would be in full pitchfork mode.

So, have consumers been scammed? It’s obvious that many, possibly most, imported “organic” foods — especially fruits and vegetables — do not meet U.S. organic standards. If they were sprayed with non-organic pesticides, they are not organic. If cows were fed non-organic grains, the milk they produce is not organic. If NOP officials did not conduct on-site inspections of international exporters, and only relied on the word of the exporting country, there is no way to have confidence the crops or goods shipped here are really organic. This means many of our organic dairy products, from milk to yogurt to ice cream, probably do not meet organic labeling requirements. Same goes for other animals; any meat, such as chicken breasts or ground beef, sold as organic, likely is not.

Lots of people have lots of explaining to do. This includes folks at the Organic Trade Association, the industry’s largest lobbying group. The OTA prepares trade reports and has been well aware of the huge spike in organic imports, especially corn and soybeans from countries such as Turkey and Romania. This should have raised major red flags about the authenticity of these grains. Congress should ask OTA executives if they were aware of this widespread fraud and what, if anything, they did to make sure the organic companies they represent on Capitol Hill were not misleading consumers. 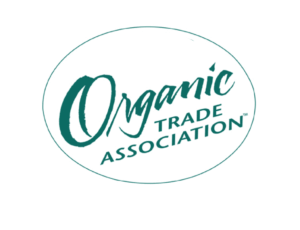 Congress should summon Miles McEvoy, the former head of the National Organic Program, to testify. McEvoy led the NOP during the Obama administration and quietly stepped down after the inspector general’s report was issued. He should explain how this happened under his watch, and whether industry leaders and higher-ups in the administration were cognizant of this scam.

Another person of interest in this scandal is Gary Hirshberg, founder and chairman of Stonyfield Yogurt. Hirshberg is the main funder of many organic front groups and sits on the board of several organic companies. He had close ties to the Obama administration; Obama appointed him to an advisory committee on trade policy. Hirshberg was also a fundraiser for Obama, Hillary Clinton, and many other Democratic politicians. He spent lots of time on Capitol Hill, lobbying on behalf of the organic industry and pushing a GMO-labeling bill that will greatly benefit organic companies. It’s nearly impossible to believe he was not aware of what was happening within the industry; consumers have a right to know what part, if any, he played in perpetuating this widespread consumer fraud.

Until consumers get answers and people in charge are held accountable, Congress should not allocate one more dime in tax money to help fund the organic con job.

Julie Kelly is a cooking teacher and food writer, with a background in political consulting in Illinois as a policy and communications advisor to many elected officials and candidates.  Follow her on twitter @julie_kelly2

This article was originally published on National Review as Congress Should Investigate the Organic Scam. and has been republished here with permission.