Popular perceptions of endogamy can often evoke jokes of “kissing cousins” and tales of children born with debilitating, mysterious diseases. But in many parts of the world, endogamy (intermarriage, usually of cousins but sometimes uncles/aunts and nieces/nephews) is still practiced and may even provide a defense against certain diseases while increasing the risks of others.

In today’s societies, the introduction of sophisticated genetic screening, increased urbanization and migration, and the spread of more complex diseases are also making the medical effects of endogamy a little more murky.

Some of the highest endogamy rates are seen in Saudi Arabia, Qatar, and other countries on the Arabian Peninsula, with about half of all marriages there happening between first cousins. Partly due to this, and partly due to a strong interest in genetic technology in the wealthier countries on the peninsula, genetic sequencing services are widely available (and quite sophisticated). In Qatar, for example, premarital genetic screening is mandatory for all couples. The country cites an intermarriage rate of 54 percent, up 30 percent over a generation. The genetic screens look for risks of a number of disorders including, sickle cell anemia, cystic fibrosis, spinal muscular atrophy, mental retardation, epilepsy, and Down syndrome, which can occur at rates 20 times higher than in a less endogamous population.

Ashkenazi Jews, which make up eight million of the 12 million Jews in the world, also practice endogamy and also have higher incidences of a number of genetic diseases including sickle cell anemia and Tay-Sachs disease. But, as Jon Entine points out in his book Abraham’s Children: Race, Identity and the DNA of the Chosen People, a number of researchers suggest that carriers of  these disorders may exhibit resistance to certain diseases, thus conferring an evolutionary advantage. For sickle cell, having the disease can be debilitating (and sometimes deadly) but carriers of the genetic trait have greater protection against the malaria parasite. Even Tay-Sachs may provide some protection against tuberculosis. And geneticist Gregory Cochran, along with other scientists, has proposed a theory that selective factors that raised IQs among Ashkenazi Jews may also have raised the risks (through the same genetic mutations) of nervous system and brain disorders. 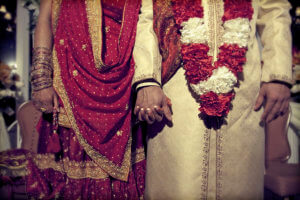 Southern India is another part of the world with high endogamy marriage rates. Here, the caste system enforces a number of rules about who can marry whom, and couples are strongly encouraged to marry within a caste. These endogamous practices have had some effects on health and disease contributing to a number of population- and region-specific diseases, including Madras motor neuron disease, Handigodu disease, and pseudocholinesterase deficiency. In addition, a number of Indian ethnic groups have selected for MSTN and DOK5 genes, which affect lipid metabolism and could have an effect on the incidence of type 2 diabetes.

While high levels of intermarriage are typically not seen in modern Europe and the United States, they have historically been a part of those cultures, too. Charles Darwin, who was married to his first cousin Emma Wedgwood, raised concerns about cousin-cousin marriage. Of their 10 children, three died. One of the Darwin children went on to study first cousin marriage and concluded that:

“The widely different habits of the life of men and women in civilized nations, especially among the upper classes, would tend to counterbalance any evil from marriages between healthy and somewhat closely related persons.”

While this statement has, what today would be, highly racist overtones, Darwin was on to something.

Endogamy has been a powerful cultural tool. It helps set our identity and can determine where we fit into society. So, in many societies, anthropologists and others have noticed a balance between the cultural glue of marriage among relatives and the health risks caused by those marriages. But how do these risks arise?

There are two ways this can happen. One is the Founder Effect, which occurs when a group of people trace their heritage back to a very small group of founding members. If one or more of those members carry a mutation, it can easily be disseminated through successive generations if they marry closer relatives. The other way is genetic drift, in which an individual randomly picks up a mutation and that mutation is carried on through subsequent generations. If these mutations include a variation underlying a disease, then that disease can be seen at higher rates in these populations. In particular, we see higher incidences of autosomal recessive traits, like sickle cell. 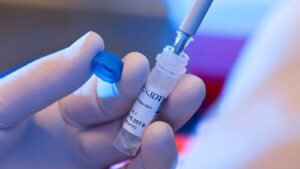 As mentioned above, Arab countries (the wealthier ones, anyway) have turned to genetic screening as a way to detect risks of the diseases that can arise from endogamy. Even if a pregnancy is not terminated, there are many ways today to reduce some of the severe effects of these disorders.

A number of modern diseases, like diabetes, heart disease, and cancer, may not be correlated with endogamy and therefore would not likely be seen higher numbers among societies that permitted (or enforced) close marriages.

Also, urban life may also be changing the face of endogamy. Changes in education (especially among girls and women), better hygiene, and the availability of health services may be having an effect on the risks of endogamy-based diseases. A number of studies have shown that these factors may reduce the number of consanguineous marriages over time and may themselves decrease the risk of childhood mortality.