This article or excerpt is included in the GLP’s daily curated selection of ideologically diverse news, opinion and analysis of biotechnology innovation.
Farmers’ needs and at least four improved crops hang in the balance as the future of the nation’s biosafety bill remains unresolved.

Ugandan scientists are currently working on several genetically engineered crops, including banana resistant to bacterial wilt, drought tolerant maize that is also resistant to the stem borer pest, potatoes resistant to late blight disease, and rice that processes nitrogen efficiently. The crops could help farmers reduce their use of fertilizers, pesticides and fungicides while achieving higher yields.

But the nation must have a biosafety law in place before these and other GE crops can be commercialized and made available to farmers.

The rice and potatoes are likely to be the first two crops approved for commercial production, researchers say. Farmers could be planting these new varieties by 2020 if the bill is soon signed into law.

Dr. Jimmy Lamo, head of the rice program at Uganda’s National Crops Resources Research Institute, confirmed the success of nitrogen use efficient rice trials. He says the research has delivered five different nitrogen use efficient rice lines that are ready for multi-location trials. The only limiting factor now, Lamo said, is insufficient funds to carry out the multi-location trials.

The other crop that could be in farmers’ fields by 2020 is potato resistant to the late blight fungal disease. The variety that potentially will be released to farmers was planted late last year in three different potato-growing regions: Kabale, Fort Portal and Bulambuli. The blight-resistant trait has been transferred through genetic engineering to a local variety called Victoria, said Abel Arinaitwe, a member of the potato research team. The multi-location trials will also compare the performance of GE Victoria potato variety to a conventionally bred one.

The national regulators require data from a minimum of three cropping cycles. Potato has two cropping cycles in a year and the first cycle began last November. Potato resistant to late blight will ensure farmers can save the money they have been spending on fungicides to control the disease. Information from Uganda’s Economic Policy Research Center shows that 66.7 percent of the total input farmers employ in potato production is fungicide, followed by fertilizers at 34 percent and improved seeds at 8.6 percent. 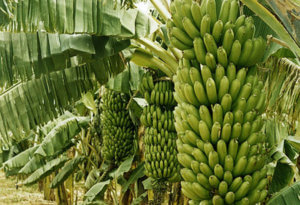 Research is also underway on the Water Efficient Maize for Africa (WEMA) project. WEMA already delivered conventionally bred drought-tolerant maize varieties to farmers. But insect pest destruction, such ongoing Fall armyworm infestation, remains an urgent challenge. The Ugandan government and farmers have spent significant sums on insecticides in an attempt to control the armyworm. But GE varieties bred to include the Bt gene have shown resistance to both stalk borer and Fall armyworm, without the use of applied pesticides.

Dr. Godfrey Asea, director of Uganda’s National Crops Resources Research Institute and a senior maize breeder with WEMA, provided an update on the status of maize research in Uganda: “We are still conducting CFTs [confined field trials] and planning one additional CFT in at least two locations. But we have collected enough data over the years, complemented with data from other countries, for dossier application for general release. In the last three years, we have been conducting research on stacked traits for Bt and drought tolerance so that the farmer can get a compelling product in the future. The results have been promising. I am not sure exactly when the farmers will access the products but we are getting close, moving to the next stages of dossier application for general release once the regulations are in place.”

Dr. Priver Namanya, a banana researcher at Uganda’s National Agricultural Research Laboratory in Kawanda, gave a similar response to readiness. Priver told the Observer newspaper that GE banana resistant to bacterial wilt, as well as banana rich in provitamin A, could be available to farmers by 2021. The immediate stage, she said, is conducting open field trials in different locations in Uganda.

Banana is Uganda’s number one staple food crop. But production has been devastated over the past decade by banana bacterial wilt, causing billions of shillings in losses. Strict field sanitation standards are currently responsible for the survival of bananas in Uganda. However, this approach seems unsustainable for the long term because it depends on full compliance by farmers and infestations are already creeping back. Scientists say a resistant variety is a more sustainable and less costly option to keep banana production viable.

Uganda’s public sector scientists say they are using the tools of biotechnology because the challenges they’re dealing with could not be effectively addressed through conventional breeding methods. 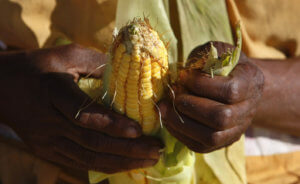 Uganda’s policy arguments over biotechnology have been underway for more than a decade. As the arguments went on, pests, diseases, and drought were hitting hard. Crops improved through conventional means started to break down to emerging pests and diseases. Attempts to address the challenges the usual way did not yield much benefit. Meanwhile, Ugandan scientists kept on doing research using the modern tools of biotechnology tools under existing laws that allowed only confined research.

The biosafety bill was finally passed last October with some amendments, but the move to stop biotech crops from reaching vulnerable Ugandan farmers is still alive,  as it is in other countries where biotechnology solutions are needed. This influence was seen in a letter critical of the bill — purportedly written by President Museveni — that was leaked to social media shortly after Christmas.

In the letter, Museveni sought to have control of biotech moved from the Ministry of Science and Technology to his office. He also urged Parliament to consider various issues that mirrored anti-GMO talking points.

Isaac Ongu is an agriculturist, science writer and an advocate for science-based interventions in solving agricultural challenges in Africa. Follow him on twitter @onguisaac

This article was originally posted at the Cornell Alliance for Science as “Improved crops hang in balance as Uganda’s Parliament revisits biosafety law” and has been republished here with permission.