Are humans genetically loaded for extinction?

This article or excerpt is included in the GLP’s daily curated selection of ideologically diverse news, opinion and analysis of biotechnology innovation.
We humans have come a long way in the past 100,000 years. We’ve developed more complex societies, vastly increased our populations, literally taken over the world (and may have mated with a few Neanderthals along the way). Our genomes also have changed a lot over that time. Does that mean, evolutionarily, we’re in for big trouble?

Some scientists think so.

An idea called “genetic load” was developed in the 1930s by famed biologist J.B.S. Haldane, referring to any genome that had increasing numbers of deleterious mutations. The more mutations in a population, the more likely that members of that population couldn’t survive, ultimately threatening the fitness of that population. With enough mutations, a group couldn’t adapt as well to environments, and members would die off. Thus, there’s a limit to natural selection. 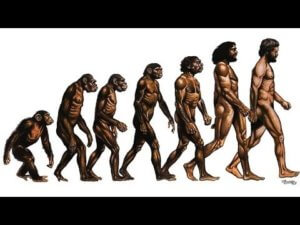 Now, for some evolutionary biologists, the concept of genetic load has resurfaced as a genuine concern. Michael Lynch, a biologist at Indiana University, wrote that humans have uniquely been able to manipulate our environment, and that new innovations, such as gene-changing personalized (aka precision) medicine, have further detached us from our environment, and allows us to change our genotypic traits:

The long-term consequence of such effects is an expected genetic deterioration in the baseline human condition, potentially measurable on the timescale of a few generations in westernized societies, and because the brain is a particularly large mutational target, this is of particular concern.

But how many mutations are enough to trigger such a catastrophe? And is there really such a thing as a genetic load, and does it work like this?

Mutations happen. It’s estimated that every newborn baby has 100 new mutations that his/her parents didn’t have. Also, as a population, we’ve developed at least one million genetic variants in the last 5,000 years. Between 5,000 and 10,000 years ago, “73 percent of all protein-coding SNVs (single nucleotide variations) and approximately 86 percent of SNVs predicted to be deleterious arose,” a group of scientists studying this trend wrote. Today, the average person carries about 250 to 300 mutations that impair some function. We also carry several more hundred variants that are neutral or cause minor problems. And this doesn’t include variations at sites of non-coding DNA.

We’ve also more than tripled in size as a group during that time. And all these issues are important in determining if, on an evolutionary scale, we’re in deep doo-doo.

Minnesota biologist PZ Myers doesn’t think it’s so bad. He points out that the number of genes an organism has is also important for determining genetic load. Which makes sense: several hundred mutations in a genome of 100,000 are far less than the same number in a genome of 20,000. And, according to his calculations, our genome (of about 20,000) is at the upper end of genes we can possibly carry with us. “We can’t have significantly more, or the likelihood of genes breaking down with our current mutation rate would mean that most of our children would be born dead of lethal genetic errors, or the burden of a swarm of small deficits to their fitness,” he wrote.

One problem is that modern sequencing has produced much more data, and shown us so many more ways that genes can vary (and be manipulated), and we need to get a better idea of what we’re looking at. Phenotypes can be neutral, and a vast amount of evolution is because of drift (earlobes, nose shape, and slight variations in eye color). And many variations are not conserved.

Aneil Agrawal and Michael Whitlock, two Canadian biologists, wrote that “mutation load can be lessened…causing more mutations to be removed…such as inbreeding, synergistic epistasis, population structure or harsh environments.” They also point out that certain events, like sexual selection, reproductive compensation (replacing offspring lost to genetic disorders, or caring more for children with disorders) and competition within a species, all can reduce effects of genetic loads. It’s thus not clear which mutations cause the most damage, and what can make them disappear. “We do not even know whether mutation rate affects fitness in the manner Haldane predicted 70 years ago.”