Five years after the European Union imposed a temporary ban on neonicotinoid pesticides, an “experts committee” of the member states has now finally voted to make the ban permanent. This was hardly a surprise. The vote followed shortly after the European Food Safety Authority (EFSA) published their advisory opinion that neonics “represent a risk to wild bees and honeybees,” a finding that got banner headlines across Europe and the U.S.

Any reporter who actually read the report, however, would have discovered that EFSA found nothing of the sort. What they actually found was that it’s very difficult in the real world of science to prove a negative, which is why the most repeated phrase on the inside pages was that a “low risk could not be confirmed.”

The distance between saying something “represents a risk” and the peculiar assertion that a “low risk could not be confirmed” is quite wide, of course. In criminal law, it’s the difference between how we do things in democracies, where the government is required to prove your guilt, and Soviet-style justice where you have to prove your innocence.

And like Soviet prosecutors intent on railroading a troublesome dissident, nothing was going to stop the EU regulators’ single-minded prosecution of a ban. Not a mere semantic distinction like this. Not the mass of scientific evidence that has convinced regulators in the U.S., Canada and Australia that bees can forage safely on neonic treated crops. Not the fact that the original “bee-pocalypse” crisis — the reason neonics were banned in the first place — turned out to be complete fiction. (Indeed, honeybee populations are rising in Europe and every other habitable continent in the world, and have been since neonics came on the market in the mid-1990s – facts that are  easily discoverable with a Google search on the FAO’s website: http://www.fao.org/faostat/en/#data/QA). Not the fact that the Commission’s own report identified the Varroa mite and the numerous diseases it vectors into the hive as the primary cause of bee health problems. Not the fact that the same report found only three of 100 beekeepers and only one of the bee laboratories surveyed pointed to pesticides as a major issue.

EFSA’s evidence-be-damned approach was most apparent, however, in their insistence on issuing regulatory “guidance” that ensured they would never be able to “confirm” a low risk to bees, even though the great weight of scientific evidence demonstrates just that.

Usually, when people cheat, they try to hide it. As I’ve discussed in previous columns, however, EFSA’s “cheat sheet” – the document that lays out just how they rigged the process — is available for all to see on the EU’s website, here. Known as the Bee Guidance Document, or BGD for short, it created the regulatory framework that EFSA used to make its assessments. Investigative reporter David Zaruk has detailed how the working group that wrote the BGD was hijacked by anti-pesticide activists in 2011, and that once the document was accepted by EFSA, “the precautionary conclusion was baked into the process.”

Even EU member countries actively militating for a ban haven’t been able to bring themselves to vote for it. As they all know, if BGD criteria were applied to other risk assessments, no insecticide currently used in Europe – including organic pesticides such as Neem oil — could ever be approved.  (Organic farmers use numerous pesticides that the Xerces Society considers “Highly Toxic” to bees, including pyrethrins, rotenone, sabadilla, spinosad, copper sulfate, as well as what is called “insecticidal soap” and “horticultural oil.”) To this day, as a matter of law, the BGD remains unapproved, not that that seems to have mattered to the regulators.

The primary difficulty for EFSA was that it needed some sort of scientific rationale to ban neonics, and the best scientific evidence we have, which comes from large-scale field studies, overwhelmingly demonstrates that neonics have no adverse effects on hive health. Known as the “gold standard” of bee research, these field studies are difficult and expensive to conduct, but they are also the only valid measure of how bees are affected by neonics in the real world.

Environmental activists and most academic scientists, on the other hand, much prefer laboratory and “semi-field” studies in which individual bees are force fed large quantities of neonics and, not surprisingly, become confused or suffer some other adverse effect. Such studies are almost guaranteed headlines, of course, and they’re relatively cheap to produce, which is why activist scientists have been churning them out on a virtual assembly-line over the last several years (for example, here and here).

EFSA needed to provide the veneer of a scientific rationale for the ban – i.e. to find some excuse to ignore the field studies and base their finding on inapposite lab experiments instead. That veneer is just what the BGD provides. How? Simply by creating requirements for field studies that are literally impossible to meet, allowing EFSA to dismiss or heavily discount the results of every single field study ever conducted.

To give just two examples. . .  The BGD requires that field studies demonstrate that the mortality rate of test bees in neonic treated fields is no larger than seven percent. Given that bee populations within any given hive normally fluctuate as much as 21 percent, it is statistically nearly impossible to demonstrate such a small variation.

Equally impossible is the BGD’s requirement for the size of field studies. To meet all of the BGD’s criteria, a single study would need a test area of 448 square kilometers (173 square miles). That’s more than seven times the size of Manhattan Island, which is just under 23 square miles, and over four times the size of Paris. Given that the test and control fields would need to be far removed from any other bee-attractive crops, flower, hedgerow or flowering tree, such a study could probably not be done in the European landscape.

In the end, this was the central reason why EFSA’s studies didn’t really conclude that neonics pose a risk to bees, as they said in their press release. If science reporters had actually bothered to read the report, which clearly almost none did, they would have found that EFSA’s scientists said over and over that a “low risk” to bees “could not be confirmed.” Of course a “low risk” couldn’t be confirmed – all the field studies that demonstrated there was actually zero risk were arbitrarily discounted or disqualified by the BGD.

Don’t expect to hear much about any of this in the mainstream press. Even reporters for major journals seem not to bother to read the scientific papers they are reporting on; they rely heavily on the press releases and regurgitate their ideological conclusions. Not one of them pointed out how odd it was that the EU leaked its plans to expand the neonic ban to all crops a full year before EFSA delivered its assessment on whether any ban was scientifically justified, or the scientific anomaly of banning neonics on crops such as sugar beets that don’t flower or produce pollen, which means bees will never come in contact with them.

As I and others have reported, however, the Bee Guidance Document is only one of the many frauds on the road to this unnecessary and destructive ban. 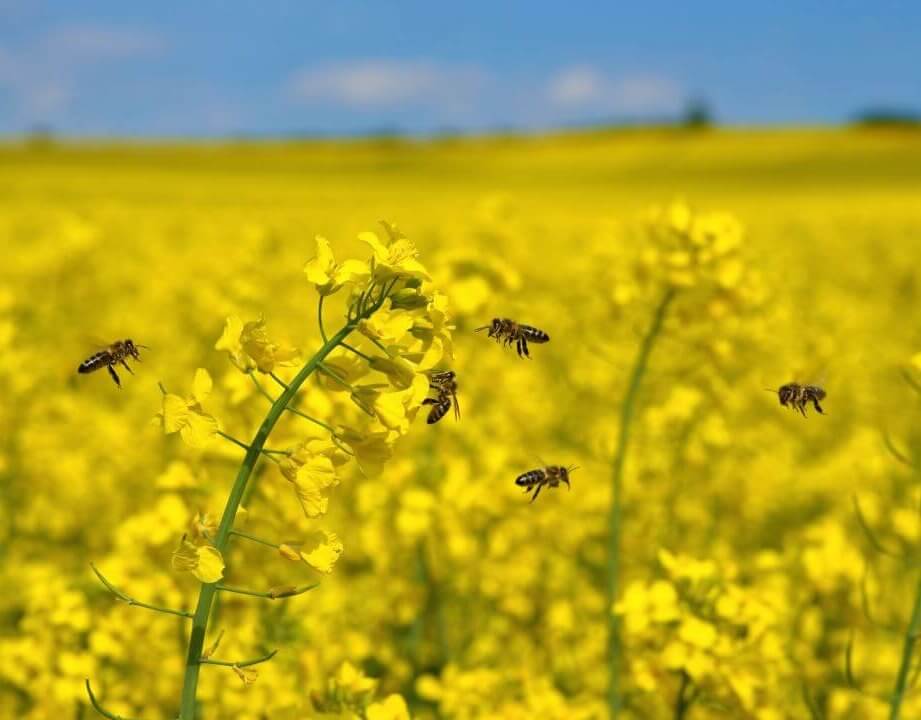 In addition to the fictional “bee-pocalypse,” which the EC endlessly promoted at the time, and the Commission’s own report from 2010 demonstrating that neonics were of almost no concern to either beekeepers or bee scientists, the Commission and EFSA have a consistent record of bias and manipulation on this issue. Some of the most egregious include:

This scientific and regulatory policy chicanery in the EU will have a wide ripple effect. It will fuel the activists in the environmental community in Europe and indeed around the world, who now clearly feel on the ascendant, convincing them what they always suspected: that the scientific assessments that go into government regulation are easily manipulated by whoever has the most political muscle.

The worst aspect of this abandonment of principle for political expediency, however, is that it undermines the legitimacy of the scientific enterprise itself, at least as its practiced in modern Europe. This goes for the broader scientific community, as well as regulatory scientists at EFSA specifically implicated in this process. The neonic issue has been played out in public for a full five years. The facts are available to any scientist, editor or reporter at a scientific journal, or any policy maker who cares to be informed. Yet almost all have gone along with the charade.

We know from the European Commission’s own study, noted above, that bees are one of the major victims of this ban. They will survive, to be sure. It is the EU’s policymaking process that is ailing, and the integrity of Europe’s regulatory scientists that is in danger of collapse or extinction.

This article was originally published at Science 2.0 as “The Neonic Ban: A Scientific Fraud Becomes Enshrined In EU Regulatory Law” and has been republished here with permission.