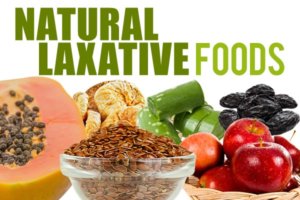 Worldwide about 15 percent of people suffer from constipation. Passing dry, compacted stools can be quite painful, but eating more fruit, drinking more water, and/or taking laxatives – common advice from friends and physicians alike – can lead to frustration rather than relief. And drugs such as linaclotide (Linzess) and plecanatide (Trulance), and even probiotics don’t work for everyone because our gut microbiomes (the bacteria in our stomachs and intestines) differ.

A few novel approaches are on the horizon, according to Clinicaltrials.com, including new laxatives, acupuncture, reflexology, Chinese herbs, and a Brazilian tea brewed from fruits of green anise and fennel and flowers of senna and elder tree. Old remedies are given new names, like “Movicol.” It’s just sodium bicarb stabilized with the laxative polyethylene glycol (PEG), which is the infamous elixir taken the night before a colonoscopy. It works.

But a fecal transplant seems the opposite of precision medicine: receiving trillions of bacteria from someone else, each microbial species exuding its own smorgasbord of biochemicals. Although the approach is both ancient and effective, with such a mixed bag of ingredients, evaluation is largely empiric – it helps or it doesn’t, to treat recurrent Clostridium difficile infection and several other indications in clinical trials.

Purna Kashyap, M.B.B.S., associate director of the Mayo Clinic Center for Individualized Medicine and his colleagues sought to harness a specific molecule, tryptamine, to loosen stool and speed its transit from inside to outside. “Our goal with this research is to find treatments that act only in the GI tract without creating problems in other parts of the body,” he said. The work is published in the June issue of Cell Host & Microbe, including a video.

Tryptamine is abundant in human and mouse feces. It’s broken down from the amino acid tryptophan by enzyme action, but its precise role in the intestinal lining wasn’t known. It was known, though, that tryptamine binds receptors for the neurotransmitter serotonin. This makes sense, because the two are related – tack an OH group (an oxygen and hydrogen) to tryptamine and it becomes serotonin (aka 5-hydroxytryptamine). But tryptamine binds only the serotonin receptors in the digestive tract. In the past, candidate drugs to treat IBS-constipation have failed because they also bound receptors in the heart, causing side effects. Serotonin receptors also dot brain neurons and smooth muscle cells. Specificity is key to a successful drug.

The researchers used “human microbiota-associated mice” whose microbiomes are replaced with a human version, via feces. Then they introduced a synthetic version of the gene that encodes the enzyme (tryptophan decarboxylase) that converts tryptophan to tryptamine in a bacterium (Ruminococcus gnavus) found in the intestines of about one in 10 people.

A synthetic biology tool, codon optimization, tweaked the gene’s DNA sequence to make its transcription into RNA and then translation into protein more efficient. A codon is a three-base sequence of messenger RNA that is translated into a specific type of amino acid. But the genetic code – the correspondence of mRNAs to amino acids – is redundant. For example, four codons – CCA, CCC, CCU, and CCG – each encode the amino acid proline. But the differences in that third variable position affect the shape of the RNA in ways that regulate the rate at which the protein is produced. Synthetic biology selects the codons that maximize protein output. It’s a little like having four synonyms for a word, one of which is clearer than the others.

Getting back to the bacteria that actually carry out the work, the one from humans is difficult to engineer, so the researchers transferred its codon-optimized gene to a more tractable second type of bacterium (Bacteroides thetaiotaomicrontps) that lives in human and mouse guts. The recombinant second microbe indeed pumped out tryptamine, in culture and in mice. The researchers observed this in several ways.

They tracked the movement of water and ions across the epithelial lining of sections of isolated mouse intestine using a device called an Ussing chamber. And they observed the revved up intestinal activity in organoids, which are bits of mouse intestine growing in a dish. The mice themselves confirmed the effects of the tryptamine – their feces were moister and more frequent.

Dr. Kashyap summarize, “In this study, we found tryptamine can activate a receptor in the mouse gut that normally responds to serotonin, causing increased secretion of fluid from the lining of the colon. Bacteria can direct the colon to secrete water via tryptamine acting on a host receptor in mice. This accelerates the movement of food through the digestive system.”

The approach seems safe. The tryptamine promptly degrades in the intestine and doesn’t appear in the bloodstream, reducing risk of side effects outside the gastrointestinal tract. The bacteria would be delivered in a swallowed capsule, Dr. Kashyap said. A fecal transplant may still have a bit of an image problem.

If the findings are verified, a clinical trial wouldn’t likely get underway for at least three years, Dr. Kashyap said. And developing tryptamine into a pharmaceutical will require careful investigation because of mind-altering effects of its chemical cousins the monoamine alkaloids, which include in addition to serotonin the day/light regulator melatonin, psilocybin of “magic-mushrooms” fame, and the psychoactive ingredient of ayahuasca, a South American brew made from certain vines. Tryptamine is also related to the triptan class of migraine meds and LSD.

Even small amounts of tryptamine taken recreationally can be dangerous or deadly, especially because it’s not included on most panels that hospitals use to test for drugs of abuse. But the microbial delivery route might modulate the dose to safe levels – further experiments are needed.

In a practical sense, the research may ultimately provide a new drug option to treat disabling constipation. And in a general sense, the new findings are important because they illustrate how to wed classic recombinant DNA techniques to synthetic biology to microbiome manipulation to isolate a small-molecule drug candidate with a specific action. And that could have many applications.