Can a genetic test predict risk of opioid addiction?

The opioid crisis is an ongoing tragedy, with fatal overdoses costing thousands of lives each year. Although opioids are an essential part of modern medicine, the National Institute on Drug Abuse reports that 8 to 12 percent of people on long-term opioid therapy develop an opioid use disorder. But what if this risk could be mitigated through genetic testing?

Similar claims have been made by Proove Bioscience, which introduced a genetic test in 2016. But a STAT investigation found that “the opioid risk test lacks a firm scientific basis.”

In other words, strong claims require substantial evidence. The idea of a genetic test for opioid addiction risk is appealing given the rising numbers of overdose fatalities. But any such test has to address two key questions: Is is possible in principle? And does it work in practice?

The pathway from gene variant to behavior is very complex. Research into genetic factors in opioid addiction has found “evidence for genetic susceptibility to substance use disorders” in twin studies, but non-genetic factors are known to play a role as well. 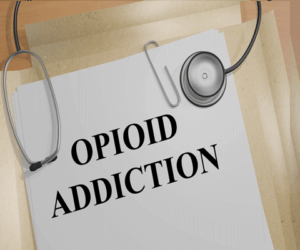 The National Institute on Drug Abuse states that “genetic factors account for between 40 and 60 percent of a person’s vulnerability to addiction; this includes the effects of environmental factors on the function and expression of a person’s genes.”

Genes thought to be involved include the dopamine receptor genes DRD2, DRD3, and DRD4, as well as the opioid receptor genes OPRM1, OPRD1, and OPRK1. Prescient research  lists a total of 16 gene variants as relevant, pinpointing specific single nucleotide polymorphisms (SNPs) that in combination may elevate the risk of opioid addiction.

But gene testing often finds seemingly pathogenic variants that turn out to have no clinical significance. A person can be a perfect genetic match for a disorder but have no symptoms. So at a clinical level, that person does not have the disorder. Only in a handful of cases does a specific gene variant lead to a precise fate: Huntington’s disease is a textbook example.

Opioid addiction is generally conceived in terms of the biopsychosocial model. As Maia Szalavitz explains in “Unbroken Brain”: “There are three critical elements to it; the behavior has a psychological purpose; the specific learning pathways involved make it become nearly automatic and compulsive; and it doesn’t stop when it is no longer adaptive.”

Thus, a genetic test to identify an increased risk for opioid addiction is plausible in principle. But non-genetic factors make it tricky in practice.

Ready for the real world?

There are at present no clinical studies of efficacy or real-world reports of success or failure rates with Prescient’s LifeKit Predict tool. Prescient acknowledges that “the use of genetic algorithms to determine predictive risk scores is still a relativey [sic] new science. Prospective, longitudinal studies are needed to better definne [sic] the breadth of the test’s importance.”

Prescient derived its predictive model as follows: “Thirty-seven patients diagnosed with prescription opioid or heroin addiction and thirty age and gender matched controls were used to derive the predictive score.” An additional 138 samples were used to calculate sensitivity and specificity.

These terms have precise meanings in statistical analysis, but a simple example captures the essentials. A molar (butterfly) rash is very sensitive for lupus but not very specific. It is rarely seen in any disorder other than lupus, so if a person has it, lupus should be suspected. But it is only seen in about half of people with lupus, so absence of a butterfly rash doesn’t mean you can rule out lupus.

The sensitivity and specificity in the ranges given by Prescient represent a significant risk for false positives and false negatives, potentially limiting the real-world value of this approach. A test that misses too many people at risk of addiction or that tags too many people who are not at risk would not be clinically useful. 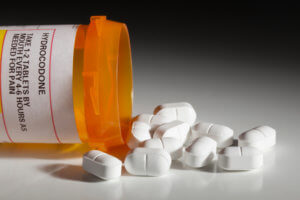 Yale University professor Joel Gelertner, an expert in genetics and addiction, has expressed skepticism “that the reported predictive power would hold up when applied to larger datasets, and argued that in the absence of better validation, physicians should not use this type of testing.”

The COMM-9 and TAPS are very low cost, easy to use, and give results quickly. By contrast, genetic screening tests are expensive and require weeks to get results. It is not clear at this point if genetic testing offers any advantages over these existing tools.

At present opioid addiction risk is more readily assessed using tools that are already available and understood. Genetic testing like Prescient’s new tool needs to demonstrate reliability in clinical settings before the costs and risks of this approach can be justified. For now it is probably premature to expect this kind of genetic testing to be sufficiently useful to be adopted clinically.

What if the first COVID-19 vaccines are no better than 50% effective?

The world was making progress against killer flus. Then COVID hit.