What causes cancer? Challenge is distinguishing ‘between myth and reality’

This article or excerpt is included in the GLP’s daily curated selection of ideologically diverse news, opinion and analysis of biotechnology innovation.
The individuals, academic labs, and “cancer-for-hire” environmental groups have “done” their job splendidly in misleading and confusing the American public about which causes of cancer are real and which are false. For example, the shameless internet supplement peddler Joe Mercola claims that aspartame causes cancer (it doesn’t) but this misinformation has nonetheless been firmly embedded in our consciousness. The same holds true for many other chemicals, in which claims of cancer risk are either exaggerated or even made up entirely.

The obvious harm from these phony scares is that people will throw up their hands and say that “everything causes cancer,” so why not smoke? It is impossible for an average citizen to separate real from unreal, and theoretical risk from actual risk. What is a myth? What isn’t?

This confusion is the essence of a recent article that appeared in the European Journal of Cancer entitled “Prevalence of beliefs about actual and mythical causes of cancer and their association with socio-demographic and health-related characteristics: Findings from a cross-sectional survey in England.” Dr. Lion Shahab of the Department of Behavioural Science and Health in London and colleagues examined the beliefs of a representative group of Brits to determine whether people identified myths or legitimate causes of cancer. Although more of the group got cancer factors right, a disturbingly high percentage of the group believed in the myths, for example, food additives or electromagnetic fields. 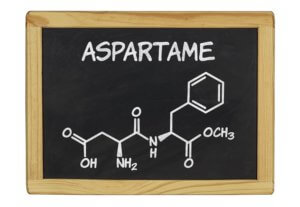 The belief in mythical causes of cancer is not a trivial matter. Since between one-third and one-half of cancers are preventable by changes in lifestyle it is critical that people are able to distinguish between myth and reality. The Shahab group used a tool called the cancer awareness method (CAM, BMJ in 2009), which was designed to measure the awareness of cancer by the general public but modified the method to also include the awareness of myth to the public ( CAM-MYthical Causes Scale, or (CAM-MYCS).

More than 1,300 people participated; the method of selection is quite detailed. The participants were given a list of 11 known carcinogens and 12 factors that are erroneously associated.

Some of the highlights:

Incorrectly endorsing mythical causes of cancer was not associated with engaging in riskier health behaviours in our study. This is reassuring insofar as it would suggest that simply holding incorrect beliefs about mythical cancer causes does not necessarily result in poorer lifestyle choices. However, the fact that a third of participants believe that factors such as stress, genetically modified food, food additives and electromagnetic frequencies cause cancer highlights the need to continue monitoring risk perceptions

There is one finding that may seem odd:

Even when people gave the wrong answers this did not mean that they engaged more often in behaviors that are known to cause cancer. In other words, ignorance about the causes of cancer did not correlate with smoking, alcohol use, etc.

But the reverse is not true:

While this finding may seem strange there is a valid explanation. It suggests that a group of people were so concerned about getting cancer that they avoided both the real risk and the false ones.

Josh Bloom joined the American Council on Science and Health in 2010 as ACSH’s Director of Chemical and Pharmaceutical Sciences, and has published about 40 op-eds in numerous periodicals, including for The Wall Street Journal, Forbes, New Scientist, The New York Post, National Review Online, The Boston Herald and The Chicago Tribune.  Follow him on Twitter @JoshBloomACSH.

A version of this article was originally published on the American Council on Science and Health’s website as “Cancer Beliefs Are Based On Myths, Way Too Often” and has been republished here with permission.