Andrew Porterfield | October 18, 2018
This article or excerpt is included in the GLP’s daily curated selection of ideologically diverse news, opinion and analysis of biotechnology innovation.

In July, the US Environmental Protection Agency issued an extensive report that reviewed decades of science and declared that a very popular herbicide did not present any human health problems. As they have in reaction to previous EPA reports exonerating herbicides, anti-GMO groups howled in protest.

But this time, the herbicide was one that, while widely used by farmers, hasn’t yet gathered the headlines and legal focus of that ‘other’ popular herbicide, glyphosate (known in its patented version as “Roundup”). The subject of last summer’s report was the herbicide

atrazine. There are increasing signs that atrazine is the next target of groups opposed to GMOs (although atrazine is applied to conventional and GM plants) and synthetic chemicals used in modern agriculture.

According to the anti-modern agriculture Environmental Working Group, “EPA Ignores the Science, Dismisses the Risks to Children’s Health from Syngenta’s Atrazine.” EWG is now demanding a ban on the use of atrazine in the US:

In a move that echoes pesticide industry wishes, the Environmental Protection Agency chose to ignore recent science and human health studies on atrazine, a weed-killer that turns male frogs into females and may increase the risk of cancer.

Yet when the EPA published its latest review of atrazine, new research was discarded, putting the interests of pesticide manufacturers ahead of human health.

Ignored the data showing that atrazine can change brain function and behavior;

Dismissed the children’s health impacts from atrazine; and

EPA report was comprehensive, thorough and exculpatory. The agency’s conclusion was even firmer than in previous reviews. Previously, the agency had measured uncertainty, a way to determine how well animal testing translates to human exposures. In its latest study, the agency looked at 100 epidemiology studies done since 1990, as well as thousands of other reports, and found that it could reduce its uncertainty about animal-to-human results by about two-thirds. The study also found that while atrazine could be detected in water, it was levels far below safe exposures. And no risk of cancer or other serious health problems in humans was found.

Not so long ago atrazine — and not glyphosate — was the poster child for anti-pesticide activists. EPA’s recent review of atrazine, in fact, began almost a decade ago as a “special” re-review by President Obama’s then newly-appointed head of the Office of Pesticides, Stephen Owen. It was labeled “special” because EPA had just ended its regularly scheduled review of atrazine three years before and concluded that it was safe as used. Under normal circumstances, the herbicide would 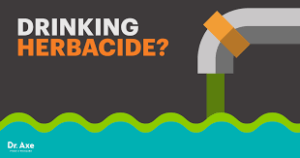 not have come up for another review for many years. But in this pre-glyphosate hysteria era, environmentalists had atrazine in their sights, and the Obama administration as its ally. As is now the case with glyphosate, there was enormous interest among certain trial lawyers in securing an adverse regulatory ruling on atrazine to give their class action lawsuit against the chemical a boost.

Fears were circulated around findings of micro-trace amounts of atrazine in water (similar to activist groups now hyping finding parts per billion traces of glyphosate in food). The Natural Resources Defense Council hyped the hysteria with a report called “Poisoning the Well,” claiming widespread contamination of drinking water by atrazine, and the New York Times turned it into a front-page story.

But micro-traces do not equate with danger to humans. Like glyphosate, atrazine is remarkably benign to animals and people as well. It is physically impossible to dissolve enough atrazine in water to have an adverse impact on health. At the trace amounts it is found, a human could drink thousands of gallons of water every 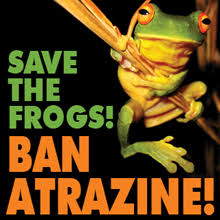 day for 70 years and still have no effect. Claims that atrazine posed serious to frogs reviewed by regulatory agencies in the US, Australia, New Zealand and elsewhere did not hold up under scrutiny.

As in the case of glyphosate today, scientific and regulatory bodies around the world consistently have found atrazine safe to use, including those in the US, Canada, Great Britain and Australia, as well as the World Health Organization. Even as Obama’s EPA was bearing down on the chemical, the WHO was raising the maximum allowable level in drinking water from 3 parts per billion to 100 parts per billion. The herbicide had been around at that point for some 50 years and its health profile had been studied more extensively than any other agricultural chemical on the market. It’s often stated in glyphosate’s defense that there are 800 scientific studies pointing to its safety. With atrazine, there are now almost 7,000 such studies now on file at EPA.

How do these herbicides work and how are they used?

Many farmers in fact use both glyphosate and atrazine—and safely, when handled properly. Both are herbicides but act differently. In fact, before the advent of genetically modified crops that could resist glyphosate (so-called “Roundup Ready” crops), farmers used a combination of glyphosate and atrazine to combat weed growth. Even today, the combination is considered ideal for weed control with genetically modified corn.

Atrazine is often formulated with up to 45 other pesticides and can be sprayed or mixed with fertilizer. It is a pre- or post-emergence herbicide, selectively controlling grass and other leafy weeds. For at least 35 years, it’s been used on asparagus, bananas, citrus, coffee, conifers, fruits, grasslands, guavas, corn, palms, sorghum, sugar cane, roses and vines. It’s popular on roadsides, parking lots and as an anti-fungal in swimming pools.

Glyphosate, which was registered in 1974, is a non-selective systemic herbicide, blocking the activity of the enzyme enolpyruvylshikimate-3-phosphate synthase (EPSPS for short) in the shikimic acid pathway used by weeds and other plants and microorganisms (but which doesn’t exist in mammals) preventing synthesis of key amino acids. It remains the world’s most popular pesticide, and is used on fruits, vegetables, lawns, aquatic areas, forests, and roadsides and parking lots. It is also, of course, used on crops genetically modified to resist the product, including canola, corn, cotton, soybeans, and sugar beets.

The Environmental Working Group and other other advocacy groups that campaign against modern agriculture (in favor of ‘agroecology’, which they falsely claim entails the use of few chemicals) often point to findings by the WHO’s International Agency for Research on Cancer (IARC) to justify their hostility to some farm chemicals. IARC issued a 2015 monograph declaring glyphosate as a “Class 2a Probable Carcinogen.”

IARC’s finding on glyphosate has been challenged by every major oversight agency in the world, including the EPA and the European Food Safety Authority. The World Health Organization itself has rejected its sub-agency’s ‘hazard’ finding, concluding it did not adequately take into account realistic real-world exposure and did not review all the relevant studies. Moreover, much has been reported about what appears to be substantial conflicts of interest by top IARC scientists, its selective rejection of exculpatory data and its focus on hazard over risk.

As for atrazine, IARC has twice reviewed the herbicide; once in 1991 and again in 1999. The first monograph declared that atrazine was “2B; possibly a carcinogen.” The second review pushed the herbicide further down, as category “3; not classifiable as to carcinogenicity to humans.” There are reports that the organization will once again review atrazine, although its chemical profile has not changed and there are no new relevant studies that suggest any additional health dangers.

“EPA and regulatory agencies around the world have stated that atrazine is not linked to cancer,” said Tim Pastoor, scientist and former risk manager at Syngenta, which products atrazine, and who is now an independent consultant. “IARC would be unnecessarily duplicating numerous reviews done around the world, including by its parent organization, the WHO.”

In testimony to the U.S. House Science Space and Technology Committee in February, Pastoor pointed to IARC as “an antiquated review process that because of its reliance on hazard over real-world risk draws on scientific models that are half a century old. While cancer classification systems such as IARC’s may have served a useful purpose when they were created, they are as irrelevant today as the telegraph or 8—track tape player. The program fails to consider key factors such as potency and potential human exposure in its declarations of carcinogenicity.”

Another, far larger study, that groups like EWG tend not to cite is the long-term study on pesticides and fertilizers, the Agricultural Health Study. A longitudinal (25 years so far) analysis of 90,000 pesticide applicators and spouses living in Iowa and North Carolina, the study’s scope is equivalent to other hard-hitting research endeavors, like the Harvard Nurses Study, or the Framingham Heart Study, both highly regarded in scientific (in those cases, medical research) circles.

“This study, groups like EWG and NRDC tend to ignore,” said Pastoor. But other scientists, and the EPA, have not. Likewise, the AHS, funded by the US National Institutes of Health (NIH) and the National Institute of Occupational Safety and Health (NIOSH) has found no links between the herbicide and cancer in these workers and immediate families. Whether studies like these will temper activist attempts to target other pesticides like atrazine remains to be seen.

Some anti-pesticide activists have found unlikely allies among pro-technology scientists and science communicators. Crop biotechnology advocates have noted that a ban on glyphosate would result in farmer’s use of more hazardous pesticides. Atrazine is the most likely replacement, but some GMO supporters, bruised by the success of the glyphosate demonization campaign, lump it into a vague category of supposedly dangerous “plan B” pesticides to underscore how glyphosate is.

In September, a report by Canadians Robert Saik, founder of the Agri-Trend group of companies and retired government biologist Christopher Dufault analyzed the effects of glyphosate, and including this statement:

On the environmental front, glyphosate dramatically reduced the use of more toxic herbicides such as atrazine and metolachlor and s-metolachlor—increased crop production with fewer and lower rates of herbicide needed. Glyphosate also resulted in decreased tillage—allowed for direct and zero-till seeding practices that reduced the amount of fossil fuels needed to produced crops, which led to increased soil organic matter and carbon sequestration in the soil.

“Atrazine can be nasty stuff,” Tweeted Stephan Neidanbach, a long-time supporter of using new technology in health and agriculture, in an exchange just last week. “Changing to glyphosate and the GMOs associated helped clean up groundwater in Maryland.”

No, it’s not nasty stuff. Although atrazine is more toxic than glyphosate, it still tests out as very safe for farmers and trace amounts pose no danger to consumers. Throwing atrazine under the regulatory bus to in an attempt to defend glyphosate is just not good science.