2018 was a tumultuous year in the world of agricultural biotechnology. Europe severely restricted crop gene editing by applying outdated GMO regulations to CRISPR. Monsanto lost a landmark lawsuit alleging its herbicide Roundup causes cancer, although the damage award was sharply reduced. And the USDA finally released its GMO (or “bioengineered”) labeling standards.

Other major developments included the remarkable success of “Plant Meat 2.0” and the approval of several important second generation biotech crops, like edible cotton that could potentially feed millions of people. But 2018 also saw the release several groundbreaking studies and gave our writers an opportunity to challenge the accepted wisdom in agriculture and defend science against attacks from unscrupulous critics—and our readers took notice.

As we move into another year, let’s take a look back at the biggest GLP agricultural genetics stories of 2018, as chosen by our readers and editors. 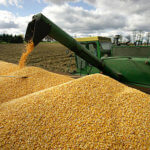 Anti-GMO activists have for years denied that biotech crops can boost yields, but a meta-analysis released in early 2018 may have finally put that argument to rest. As science writer Paul McDivitt noted in a story released last February, rebuking a misreported analysis in the New York Times, the comprehensive review examined 6,000 studies published over two decades. Conclusion: “GMO corn increased yields up to 25 percent and dramatically decreased dangerous food contaminants.” This topped the charts, garnering more than 67,000 hits, 44,000 shares and 2,500 comments, far eclipsing the coverage of the Times’ piece it critiqued.

Another popular idea among environmentalists for many years was the impending “bee-apocalypse,” fueled by the use of pesticides called neonicotinoids. This narrative was so popular, in fact, even mainstream media and science news outlets uncritically ran with it. But there’s one problem. Worldwide, honeybee populations are either stable or growing, as noted by GLP’s executive director Jon Entine in an April 2018 story, as part of our larger pollinators and pesticides article series.  This data is so clear that even the Sierra Club, once a major proponent of the honeybee population crash story, grudgingly conceded that these pollinators are doing just fine.

Last August, a jury in San Francisco declared that Monsanto’s herbicide Roundup caused a groundskeeper’s Non-Hodgkin’s lymphoma. In the wake of that landmark lawsuit, the Environmental Working Group (EWG) released a non-peer reviewed study claiming that parents were serving their children breakfast with a “dose of the weed-killing poison.” This story also circulated widely in the media and fueled additional public fear of an already controversial chemical. With the help of several experts, the GLP was one of the first pro-science outlets to challenge EWG’s claim about glyphosate, the active ingredient in Roundup. What did we find?

The fundamental, consensus conclusion: A bowl of cheerios, or a daily bowl over months or even many years won’t endanger your health. Why? Because we are talking about minuscule amounts of glyphosate—well below the levels that would be considered dangerous.

4. Do organic farmers really use more pesticides than conventional farmers? Not even close.

The GLP is careful not to take ideological positions on science issues. That was amply demonstrated in our four-part series examining whether biotechnology supporters are giving organic a fair shake. In their zeal to defend the safety of modern agriculture against critics in the organic food industry, proponents of crop biotechnology sometimes have tried to turn the table, claiming that organic farming is less efficient and requires more pesticides than conventional agriculture. Some claims are correct, others are not. As GLP senior contributor Marc Brazeau pointed out last May in part one of the series, in many cases, conventional and organic farmers use the same pesticides and organic farmers actually use fewer chemicals in certain circumstances, which benefits the soil and biodiversity.

The vitamin-fortified GMO crops collectively known as golden rice could have a monumental impact in the developing world, where vitamin A deficiency (VAD) leaves 140 million children vulnerable to measles, respiratory infections, diarrhea and often an early death. Studies have shown that golden rice can effectively combat VAD in developing countries without harming human health or the environment. Nonetheless, Greenpeace has opposed golden rice since its initial development in the 1990s. The environmental group claimed the rice is a “Trojan horse” the biotech industry will use to sneak more GMOs into developing countries. But as Paul McDivitt explained last February, no corporation will collect royalties for selling golden rice, which means it will cost no more than its conventional equivalent.

In 2018, the GLP expanded our efforts to profile GMO activists and groups that shape and often distort the debate on crop biotechnology. One of our most popular profiles last year belongs to Mike “the Health Ranger” Adams, proprietor of Natural News. Prone to conspiratorial thinking, Adams once described the development of GMO crops as “murder by science.” He has even urged anti-GMO activists to kill scientists and science journalists, writing: “it is the moral right — and even the obligation — of human beings everywhere to actively plan and carry out the killing of those engaged in heinous crimes against humanity.” The post, titled “Biotech genocide, Monsanto collaborators and the Nazi legacy of ‘science’ as a justification for murder,” featured this Nazi-themed graphic with “Monsanto” at the very top.

Every day consumers jump on Google in search of science-based information about crop biotechnology. Many of these readers land on our GMO FAQ page, which offers comprehensive answers to common questions about GMOs and related topics. One of our most well-read articles in 2018 investigated the claim, popular among advocates of organic agriculture, that modern farming is unsustainable, owing to its dependence on herbicide- and insecticide-tolerant GMO crops.

But this doesn’t tell the whole story. Examining the most recently available data, including a December 2018 study showing that organic farming produces as much as  70 percent more greenhouse gases than conventional agriculture, GLP concluded:

Organic farming has much to offer, but overall, conventional farming produces more food per acre, while costing less and requiring fewer inputs. While commendable on a small scale, organic farming remains a boutique option as part of a nationwide or global food system….

Arguably the biggest development of 2018 was Europe’s decision to regulate gene-edited crops as GMOs. The decision by the EU’s Court of Justice shocked the scientific community, because gene editing and transgenesis (moving genes between species) are different technologies, and news reports hinted that the court’s ruling would reflect this fact. But it was not to be. Gene-edited crops are GMOs, the EU said. GLP was again one of the first on the scene to document expert responses to the decision. Our survey of plant scientists suggested a grim future for crop biotechnology in Europe.

With the European court ruling that CRISPR crops and other gene-edited foods must be treated as classic transgenic GMOs, scientists worry that Europe and the developing world stand to miss out on a new generation of sustainable agriculture.