Last July, the European Court of Justice (CJEU) surprised pretty much everybody—politicians, industry and environmental NGOs—when it ruled that plants developed using gene-editing techniques such as CRISPR should be regulated as transgenic crops (GMOs) under rules promulgated in 2001, and now widely considered archaic.

Almost the entire European science establishment had urged that gene-edited crops should be subject to minimal regulations. Not surprisingly, scientists across the continent were almost universally disappointed at what they believed was a political rather than a science-based decision.

The EU’s Group of Chief Scientific Advisors since has warned that the decision is likely to block the development of “plants….which have the potential to provide immediate direct benefits to the consumer.”

Researchers in the Netherlands delivered a stark confirmation of scientists’ worst fears in late January. They announced they were close to developing a CRISPR-edited, “safe gluten” wheat variety for celiac patients. But, they added, with clear irritation and even hopelessness, Europe’s prohibitive precautionary-based biotech crop rules would prevent the commercialization of the new variety. Richard Visser, chair of plant breeding at Wageningen University:

Given the current situation in Europe, these wheat genotypes would not be allowed to be grown in Europe….The whole issue surrounding gene editing needs to be settled in Europe….[T]he products made with gene editing techniques should be allowed on the market….

To many scientists, the decision by European politicians to reject the guidance of scientists is a case of déjà vu all over again (with apologies to Yogi Berra). While North and South America and many other industrialized countries have participated in the agricultural biotechnology revolution, Europe has approved transgenic crops only in a handful of cases. And it has done so in rare instances only after a lengthy, complicated, expensive and, many experts say, scientifically dubious process.

Will Europe continue to be a science backwater as it has been since EU politicians rejected the consensus on agricultural biotechnology safety nearly twenty years ago? Does gene editing have a future in this part of the world? 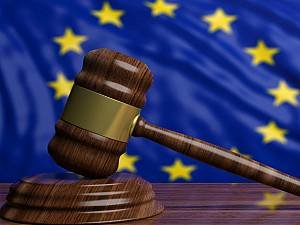 Far from de-politicizing the EU’s position on crop gene editing, as the European Commission recently claimed it had done, the ruling has exasperated the broader science community. The CJEU decision brought field trials of gene-edited crops to a halt in the UK, Belgium and Sweden. Trials had been approved in Finland in 2016, although they hadn’t started by last summer. The court’s decision also launched an exodus of plant scientists in search of greener research pastures.

The CJEU ruling has created a legal purgatory for agricultural gene editing. Ian Crute, former director of Rothamsted Research in the UK, pointed out that the decision means that more costly and confusing litigation is likely because there’s no way for regulators to determine if a new crop variety was produced with older mutagenesis techniques, which are permitted in Europe and exempted from the new ruling, or newer gene-editing methods, which are severely restricted.

This subjective distinction has created headaches for Member States that must implement the court’s decision. Staffan Eklöf, a scientist at the Swedish Board of Agriculture, recently addressed the confusion.

We are trying to interpret the ruling. It’s a matter of understanding what it means. If it is not entirely clear, there is a risk of it being interpreted in different ways. EU nations must comply with the decisions of the European Court, but we must first understand those decisions.

This ambiguity has fueled a backlash from frustrated scientists and a handful of EU countries that have made clear that the continent’s biotechnology regulations are badly out of date and need revision. The Netherlands, Sweden, Finland, Belgium and the United Kingdom have made clear in recent months that they want to continue research on new gene-editing techniques.

Regulators in much of the world have determined that gene-edited plants, which typically contain no DNA from another species, should not be treated like transgenic plants, which do contain “foreign” DNA. Some 13 nations—including the US, Canada, Australia and Brazil–are accelerating research and moving toward commercialization of gene-edited crops based on that distinction. Companies and university researchers in the US have already developed new crop varieties, including heart healthy soybeans, high-fiber wheat and non-browning mushrooms. In total, 15 gene-edited plants have earned regulatory approval. 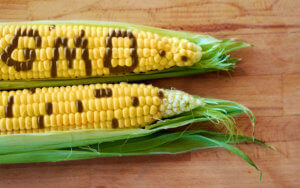 Until the surprise ruling last summer, Europe appeared to be moving in the same direction. In 2015, for example, Sweden determined that some gene-edited crops shouldn’t be regulated as GMOs. In 2014 and 2015, two independent Swedish research teams developed CRISPR-edited varieties of Arabidopsis plant. Because the EU’s GMO legislation didn’t explicitly cover gene-edited crops, the Swedish Board of Agriculture (SBA) was tasked with determining whether the two plants were regulated under EU law. According to a March 2018 review article,

SBA made the interpretation that CRISPR‐Cas9‐mutated plants which do not contain any foreign DNA are exempted from the GM legislation….[T]he basic line of thought was that if there is foreign DNA in the plants, they are regulated according to the GMO legislation. Otherwise they are not regulated as GMOs.

The SBA cautioned that the EU had not yet officially ruled on this scientifically grey area, warning that a yet-to-be-formulated EU law could change this interpretation. Their worst nightmare was confirmed. Since the CJEU ruling that superseded the SBA’s interpretation, researchers in Sweden have been among the most vocal advocates for a less restrictive EU policy on plant breeding. Last September, the vice-chancellors of three Swedish universities wrote: “[The court’s decision] threatens all of Europe’s future food supply…. [U]nnecessary risk assessments must now be made before using this [gene-editing] technology.”

Rebellion in The Netherlands

Related article:  GMO wine: Are we ready for it?

The Dutch appear poised to challenge the EU-wide de facto ban. In 2017, the Netherlands Ministry of Infrastructure and the Environment proposed exempting gene editing techniques from future restrictive legislation as long as those techniques didn’t move DNA between species. Clearly disappointed by the subsequent EU court ruling, the Danish science community is indicating it will push back on the restrictions.

“It is unfortunate that that door has been slammed in Europe,”said agriculture minister Carola Schouten late last year. She is now working with companies, farmers and Wageningen University to investigate continuing breakthrough research on a gene-edited wheat variety for Celiac sufferers. The scientists developing the new wheat recently noted that they “….strongly urge the [European Commission to review its position…. Food safety, environmental safety, and food security in Europe will directly be affected by the regulation of gene editing as GM.”

Belgium has also sought EU approval to “continue and expand” research on CRISPR-edited corn it started in 2017. Following the CJEU decision, a research team expressed its disappointment that the “maize field trial we’ve been conducting in Belgium for over a year and a half was suddenly considered a GM field,” Dirk Inzé, science director at the VIB–UGent Center for Plant Systems Biology in Belgium, told Nature. It was also reported that a start-up firm in Belgium lost its financing for a CRISPR-based project intended to help Africa’s banana industry.

Brexit has complicated the situation in the United Kingdom, but the country has expressed clear support for crop gene editing, indicating it may go its own way. The UK’s Department for Environment, Food and Rural Affairs (Defra) said last September that “….gene-edited organisms should not be subject to GM regulation if the changes to their DNA could have occurred naturally or through traditional breeding methods.” 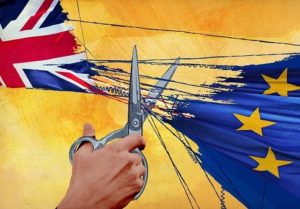 Defra Secretary Michael Gove added in January that gene editing could “….allow us to develop plant varieties and crops which are more resistance to disease and pests and less reliant on chemical protection and chemical fertilizer.” Significantly, researchers at the John Innes Centre have submitted a request to Defra for approval to conduct field trials of CRISPR-edited brassica and biofortified wheat, both of which are classified as GMOs under EU law.

Could Europe reverse itself on gene edited crops…soon?

These developments in individual member countries suggest that the crop gene-editing controversy in Europe is unlikely to die down soon, despite the European court determination. Last November, senior scientists appointed to advise the EU commission urged regulators to roll-back key elements of the new policy, recommending a change in the law so gene-edited plants could be more easily commercialized.

Then in January, Dutch Member of Parliament Jan Huitema told the Agriculture Committee it was time that a “pragmatic debate” replace the “dogmatic” discussions about crop gene editing that Europe has so far engaged in. Huitema’s sentiments were echoed later that month by EU Commissioner for Agriculture and Rural Development Phil Hogan: