This article or excerpt is included in the GLP’s daily curated selection of ideologically diverse news, opinion and analysis of biotechnology innovation.
The fast-moving world of plant breeding — fueled by advances in CRISPR and other techniques — has tossed a wrench into the world’s regulatory machinery, leaving nations scrambling to keep up.

Collectively referred to as New Breeding Techniques, or NBTs, these methods have resulted in uncertainty and confusion as authorities try to figure out how to apply rules designed to regulate GMOs — and if those old rules even matter when it comes to this new technology.

The confusion arises because the regulations concerning the application of biotechnology to agriculture were initiated to deal with the controversy surrounding foods that are genetically modified through transgenesis, which involves transferring genes from one species to another.

The plethora of regulations in countries where GM crops are grown has greatly increased the costs of bringing them to market and has stymied food innovation. A 2011 study by Phillips McDougall Ltd, for example, estimated that “world-wide regulatory approval for traditional biotech crops can take 13 years and cost $136 million.”

Many scientists and companies engaged in developing crops via New Breeding Techniques (NBTs) are increasingly concerned that heavy-handed regulations and the stigmatization associated with such regulations will stifle the development of a technology that holds great promise in helping to feed the world’s growing population. They argue that because these new techniques do not involve the transfer of genes between species, a much lighter regulatory footprint is required. 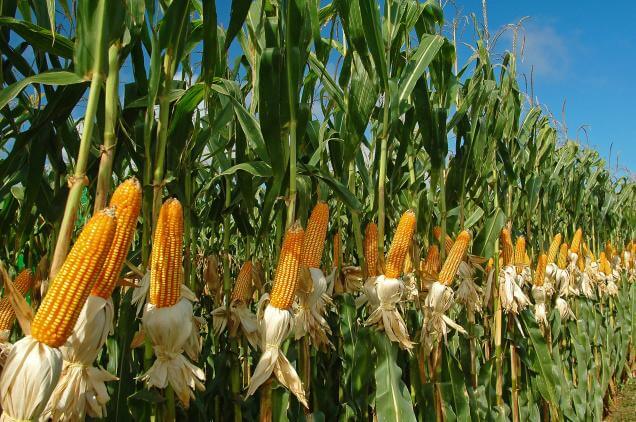 Those who are wary of NBTs, however, argue that stringent regulation is required to ensure their safe use and to assure the public they do not damage human health and the environment.

The opposition to GMOs has spilled over into NBTs, with many anti-GMO groups vigorously opposed. Greenpeace, for example, has said:

Given that these techniques are new, it is not yet possible to fully evaluate the potential for adverse effects. The different techniques can also be used in combination and several times over in a single organism. This means that although each change may be small, large changes to the genome can result. The potential for negative effects (such as unintended changes to the genome) increases with each edit. As yet, there has been no or little assessment of the biosafety implications of combining gene-editing techniques.

The US has so far taken a largely hands-off approach to regulating NBTs. In 2016, the Department of Agriculture decided that a non-browning mushroom developed by a plant pathologist at Pennsylvania State University using CRISPR technology will not be regulated since it does not involve the transfer of genes from one species to another. The mushroom was one of several genetically engineered crops that was able to sidestep the regulatory process because it involved gene-editing techniques that are not covered by GMO regulations.

Other crops that have been approved are a GE version of camelina, an oilseed crop that has been engineered to produce enhanced omega-3-oil, and a drought-tolerant soybean. The US government also granted relatively quick approval to genetically engineered non-browning apples and potatoes because they were created with gene silencing and did not involve the transfer of genetic material between species.

The USDA has explained its approach to regulating NBTs by saying it would focus on regulating the products of biotechnology, rather than the process used to create them. So, “products of new genome-editing techniques would be regulated…only if they pose plant or pest or noxious weed risk.”

In November, 2017, the USDA indicated it was withdrawing a proposed rule submitted by the Obama administration to revise regulations regarding GE crops which many plant scientists had objected to because of concerns it could potentially inhibit research and development of NBTs.

In withdrawing the rule, Michael C. Gregoire, the Acting Administrator of the Animal and Plant Health Inspector Service wrote:

Many commenters objected to the scope of the proposed rule. Some thought that our criteria for designating GE organisms as regulated organisms were too expansive, potentially resulting in our regulating a wider range of GE organisms than necessary and thereby increasing, rather than reducing, the regulatory burden for the biotechnology industry.

Commenting on the withdrawal of the new regulation, Wayne Parrott, a professor at the University of Georgia’s Center for Applied Technologies, said the new regulation lacked key details. “It maintained an unscientific basis for regulation and could have made the system more dysfunctional than it already is,” he said.

Many scientists involved in GE research have been urging a “product-based” regulatory framework be imposed instead of a “process-based framework” that has been used to regulate GM crops. Product-based regulations mean that regulators evaluate whether the product itself represents a risk to consumers, regardless of how it was created. Process based approaches regulate all products, regardless of what they are, simple because they were created via a certain process. 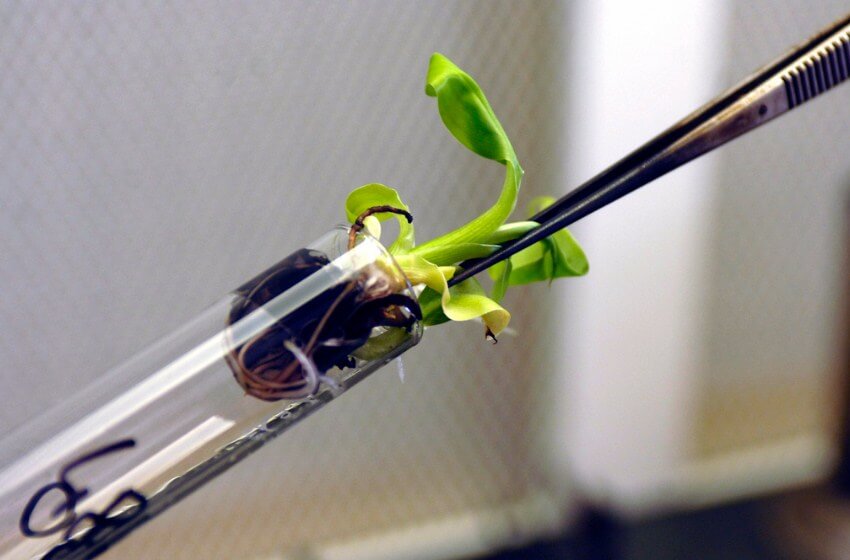 The decision to withdraw the new regulation effectively means that gene-edited plants will be treated in a similar manner to those created by conventional breeding techniques.

But as the GMO debate has demonstrated, any genetic engineering of crops draws the attention of critics, even if the scientific evidence indicates there is no reason for safety concerns. That raises the potential for food grown via NBTs to also receive some form of regulation. It seems likely that some countries will be more receptive to the new breeding techniques while others will be less so.

What is unquestionable though is that NBTs hold great promise in producing disease-, drought- and pest-resistant crop. There also is significant potential to enhance their nutritional content, boost yields and enable plants to grow in challenging environments. If that promise is not realized because they are entangled in the regulatory maze and controversy that has surrounded GMOs, we all stand to lose.

How is the rest of the world regulating NBTs?

Outside of the US, there’s been a lot of attention paid to what’s happening in Europe, where GMOs face considerable public and political opposition. This despite the fact that the European Union is a major importer of GM corn and soybeans for animal feed.

Most EU nations do not grow GMO crops for either human or animal consumption. As of 2016, only Spain, Portugal, Slovakia and the Czech Republic grew modest amounts of GM corn.

The European Academies Science Advisory Council has come out in favor of utilizing new gene-editing techniques to grow crops.  But in 2015, the European Commission asked member states not to approve any CRISPR technology for crop cultivation until it had conducted a systematic review of the issue. The review, though, has been delayed.

The European Union should apply strict approval standards to new generations of gene-edited crops similar to those for genetically modified organisms…There is concern that without a strict approval process, plants with environmentally-dangerous properties could be allowed to spread without hindrance, hitting conventional farmers. 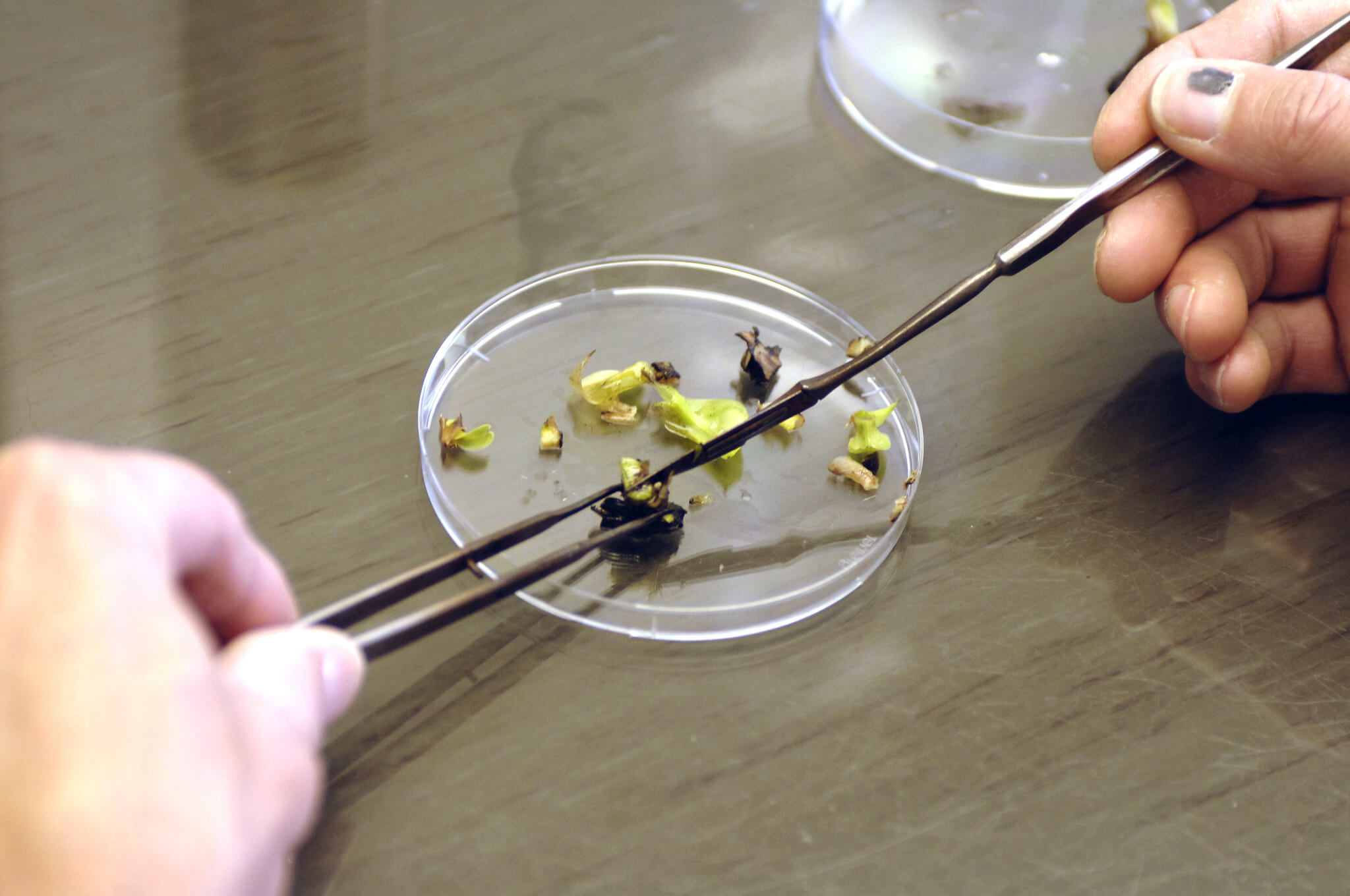 Some EU nations, however, appear to be more receptive to the growing of gene-edited crops. Sweden, in 2015, decided they did not have to be regulated, though the government indicated it would reverse its position if the EU disagreed. Finland has adopted a similar position, though unlike Sweden it has not conducted any gene-edited crop field trials. In September 2017, the Dutch government indicated that NBTs should not come under existing GMO legislation.

The best hope for NBTs in Europe may be in the UK, as it completes its departure from the EU. Some observers believe the island nation will be more tolerant of commercializing the technology. Among the groups already at work in the field is the John Innes Centre, which is developing a strain of barley that can make its own ammonium fertilizer from nitrogen in the soil. Professor Michael Bevan, a researcher at the John Innes Center, has warned about over-regulation of NBTs:

The EU Food Standards Agency has already be making pronouncements that they are going to classify anything that is not natural as GM. If they go ahead with such a decision, they will cut off many approaches for creating new foods and crops.

Here’s a look at how other nations are handling NBTs: