This article or excerpt is included in the GLP’s daily curated selection of ideologically diverse news, opinion and analysis of biotechnology innovation.
Back in the 1960s and 1970s, for those of us who can remember them, marijuana was widely regarded as not being addictive, compared to other drugs and of course to cigarettes. We smoked often just because we liked it and it was part of our social structure. But there may have been more to it.

Today, with decriminalization of cannabis spreading across the country, researchers are trying to learn more about the ways our brains are affected by the plant. And one of the things we’re finding is that pot may be more addictive than we thought.  A recent study in Nature Neuroscience suggests that for people with a certain genetic variant, pot may be addictive in much the same way as cigarettes.

Today, “cannabis use  disorder” (CUD) affects 1 to 1.5 percent of people in the US and Europe, and 9 percent of regular users of marijuana develop dependency.

A fondness for marijuana debuted in the Diagnostic and Statistical Manual of Mental Disorders, the “bible” of psychiatry, in 1994, with value-laden descriptors of “abuse” and “dependence.” That became the more PC “disorder” by the fifth edition of the manual, in 2013.

A 2019 description from Jason Patel and Raman Marwaha of Case Western Reserve University lays out the details. If you do at least two of these in a year, you may have cannabis use disorder:

Cannabis also produces acute effects, especially today’s weed, which is more potent than its mellower circa-1970s predecessor. It can now induce a sort of psychosis that I experienced.

And former hippies haven’t abandoned their weed with time. According to a report in Drugs and Aging, the 2016 National Survey of Drug Use and Health showed a ten-fold increase in cannabis use among adults over age 65.

Biochemistry of a brain on drugs

THC has long been known to bind to the two types of cannabinoid receptors, CB1 in the central nervous system and CB2 in peripheral neurons and some immune system cells. Receptors are docking stations on cells that bind specific molecules, the event triggering a response, such as signaling a particular other neuron or muscle cell or dampening a signal.

Just as human neurons have receptors for opiates that our bodies naturally produce – the “endogenous morphines” (endorphins) and the smaller enkephalins – so too do our brain cells have receptors that bind a neurotransmitter called anandamide, named for the Sanskrit word for “joy, bliss, or happiness.” Anandamide is an endocannabinoid — something the body makes that binds cannabinoid receptors.

So like heroin or fentanyl binding opiate receptors, THC binds cannabinoid receptors. But much more abundant and widespread are nicotinic acetylcholine receptors. Each of these has five parts, a different gene encoding each subunit.

When nicotine or the neurotransmitter acetylcholine binds the receptor, the five-part doorway opens, allowing calcium, sodium and/or potassium in or out, which controls the cell’s response. In this way, the receptors control sleep and arousal, anxiety, attention, memory and pain perception. The smoking-stopper Chantix targets these receptors.

Mutations in CHRNA2 lie behind a type of inherited epilepsy, and single nucleotide polymorphisms (SNPs) in this gene are associated with nicotine dependence. The new work nails the link to THC.

The researchers, from Aarhus University in Denmark, deCODE Genetics Amgen, and elsewhere, conducted a genome-wide association study to zero in on the binding site of THC that lies behind CUD. A “GWAS” compares many single sites (SNPs) in the genome where the DNA base varies in a population among many thousands of people who share a trait or illness, seeking SNP patterns that they share. People with CUD share a version of CHRNA2.

Earlier studies of twins had indicated that genes may influence cannabis dependence. That is, identical twins are more likely to both have CUD than are both members of fraternal twin pairs.

Twin studies indicated heritability from 51 to 70 percent for CUD. Although heritability estimates the genetic contribution to variability of a trait and not direct causality, that’s a high enough estimate to have prompted further investigation.

Ditte Demontis of the Center for Genomics and Personalized Medicine in Aarhus and colleagues analyzed the SNP patterns in the genomes of 2,387 people with CUD and 48,985 controls in a nationwide Danish cohort. They pinpointed a variant of CHRNA2 associated with dependency on THC. It’s the first large-scale study to link a specific gene to the disorder.

To validate their findings, the researchers turned to the gigantic Icelandic genetic database, with the same results for 5,501 cases and 301,041 controls. In addition, they found that patterns of variants in several genes associated with increased risk for CUD went hand in hand with “decreased cognitive performance.” Perhaps inheriting certain gene variants influences the degree to which CUD affects the ability to think.

Further experiments, profiling gene expression in brain slices, showed that while normally CHRNA2 is active in the cerebellum, the variant linked to CUD in pot smokers is less so. That makes sense because reward and inhibition pathways arise from neural networks in this part of the brain, where both cannabinoid and nicotinic acetylcholine receptors are abundant and where both THC and nicotine bind.

Imaging is also being used to investigate brain differences between people who develop CUD and heavy pot smokers who do not. 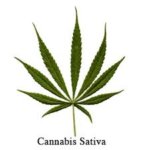 “The results provide biological insights and inform on the genetic architecture of CUD,” the researchers conclude. They’re now trying to tease out exactly how THC dampens the effects of the receptors, perhaps to inform development of drugs to prevent the dependency or spare cognitive decline from chronic use.

In the meantime, it’s pretty clear that even as cannabis use grows, its effects on the human body are still not well understood.