This article or excerpt is included in the GLP’s daily curated selection of ideologically diverse news, opinion and analysis of biotechnology innovation.
Almost a year to the day after having their baby, Zain and his wife Sara were back in the hospital. This time they were there searching for answers that would explain their child’s death. The official cause of death was linked to an abnormality in his corpus callosum, renal cysts and enlargement of his liver (hepatomegaly). All of these were foreign words for the grieving couple. And they really offered little in the way of insight into the reasons for their tragedy. Why had their child been born with such deformities, what had happened and would this happen again if they tried for a second child?

In Pakistan, there are only a handful of places that carry out genetic testing or have clinical genetics set up that can deal with such requests. Doctors involved with their case suspected Zellweger spectrum syndrome, owing to the symptoms the child had shown and the MRI and other tests they had carried out. But a confirmation on the test was still missing. As was a better understanding of what caused the rare condition.

This is what genetic counseling offers – an opportunity to delve deeply into the medical conditions that affect us and our loved ones. As with Zain and Sara’s case, there are many instances where counseling won’t lead to a treatment or cure. But through direct to consumer DNA kits, DNA and genealogical testing, genetic and carrier testing and sequencing, we are learning more about what is inside our cells and our DNA. What is now vital is for us to understand how to utilize this information in the best way possible.

Genetic counselling is still an up and coming field within medicine whose interest, demand and need varies differently in different countries. For Pakistan, the need for genetic counseling is great and yet the demand is less because of the lack of information, understanding and awareness associated with it. For Zain and Sara, the need for answers overshadowed any other societal misconceptions or fears generally associated with genetic counseling. They met with the clinicians and counselors and started the process of discovery. It began with a generation pedigree test meant to identify family histories and disease pattern, if there was one. The pedigree identified the parents as a consanguineous couple (first cousins), no history of such a syndrome was seen in their family tree. 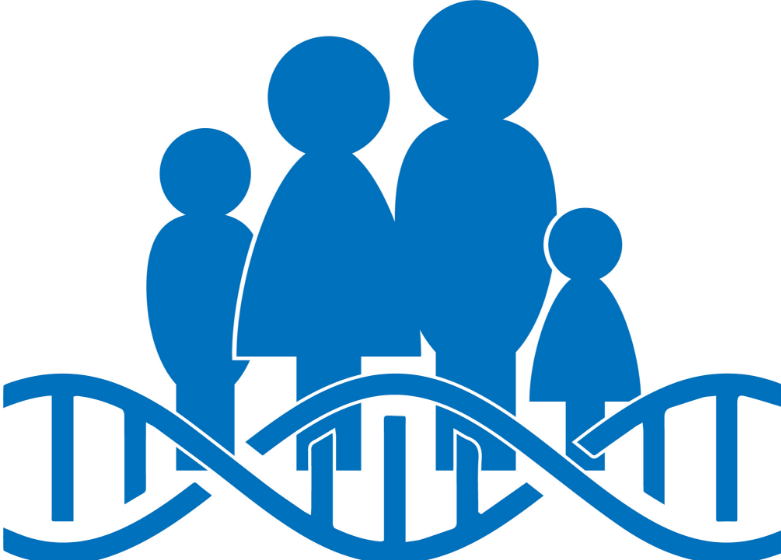 This then led the clinicians to suggest a genetic carrier screening test to check for genetic mutations, specifically focusing on 12 genes linked to Zellweger spectrum disorder. And within the test was the answer the parents sought. Both parents were identified as carriers for the PEX1 gene variant, the most common gene mutation linked to Zellweger syndrome. As this particular disorder is autosomal recessive, the person affected needs to have both mutated genes to show the symptoms. Since the parents only had one each, they remained unaffected and were unaware of the mutation they were carrying. They have a 25 percent chance of passing the mutated gene to their children.

Zellweger syndrome, whilst rare, is quite dangerous with a life expectancy of less than a year. With the disease impacting multiple organs within the body, there is no treatment. All that one can do is treat the symptoms and provide support as the disease slowly manifests and take complete hold of the person’s body.

The confirmation of the disorder and the knowledge that they both are carriers offered, at least, a reason for their child’s death. They next met with counselors to find out what their next steps should be if they wanted more children and what the best course of action is for their situation.

And while people like Zain and Sara do persevere in their mission to understand their genetic makeup and empower themselves with the knowledge gained, many people don’t take that route. A lot of that can still be blamed on the perception and the aversion people show towards genetic counseling. In Pakistan, for example, societal and cultural forces ensure that people hide rather than seek. If someone is suffering from a medical health issue, be it a smaller concern or big, the first course of action is to ignore it or self-diagnose and self-medicate. Many people are afraid to seek answers from doctors. And If you add genetics to the mix, a concept many still are widely unfamiliar with, then the inclination to seek it out and get that counseling is further reduced.

People fear what they do not understand and that is one of the biggest barriers that exists for genetic counseling and genetic testing. The common misconception that people have whenever they hear the word ‘counseling’ is the association of it with madness, crazy, insane or damaged. People still place a lot of value on how they are perceived by others. And in the culture of ‘what will people say’, still prevalent in Pakistan, the idea of seeking counseling is almost akin to feeling inadequate.

There are also financial hurdles to overcome. Since genetic testing and counseling is still not completely established in Pakistan, there are only a few hospitals and clinics offering such services and even fewer that carry out diverse genetic tests. For most, the common protocol is to outsource the tests to other countries such as USA through the use of online systems like Invitae. Such a system not only leads to delay in patients getting quick results, but also makes them prohibitively expensive.

Consider it this way, if a person travels from the far-off corners of the country to one of the major cities just to get a counseling session done and then has to go through these tests that are outsourced and are quite expensive, majority of such people will potentially opt out of this. From their point of view, it’s better to remain ignorant and carry on with life. Such a situation, therein further alienates the common man from wanting to seek out genetic counseling if it is already mired with social stigma and is unaffordable for them.

The effort to get genetic counseling where it needs to be — a medical option that is convenient and approachable for those seeking health guidance — is still an uphill battle. And yet there are people like Zain and Sara, who have started to recognize the value of genetic counseling. Figuring out what is happening within our body, how to improve our and our family member’s lives is, at the end of the day, what people truly want. It’s just the matter of delivering this concept in a proper way and making it financially and socially acceptable for them that is still a barrier.  A barrier that is being worked on but needs proper focus and effort to be overcome.

(For the purpose of this article, the names of the couple have been altered to protect their privacy.)

Mariam Sajid has a masters degree in molecular genetics and is passionate about improving medical communications that aims to effectively translates scientific advancements to the public. Follow her at https://meemsfizz.wordpress.com/