There are worse places to spend a COVID-19 lockdown than next to a sanctuary with one of the world’s rarest birds—the New Zealand takahē. And during this strange moment in history, it’s wonderful to watch these remarkable relics from the past—takahē were twice declared extinct and twice rebounded unexpectedly from the dead—in the shadow of their last wild refuge, the Murchison Mountains in Fiordland National Park.

Indeed, these colorful swamphens and the coronavirus pandemic both exemplify opposite extremes of widely held beliefs about the natural world; attitudes towards nature, moreover, that reflect much popular misunderstanding about evolutionary biology—and genetics in particular.

Given this, the much-regarded bird and the much-reviled virus can usefully illustrate some of the important contradictions and confusions that befuddle broader public appreciation of modern genetic science. So let’s begin with a little more detail about the former, the amusingly clumsy-looking takahē, the world’s largest rail.

Well-known in pre-contact times to New Zealand’s indigenous Maori, takahē were initially thought extinct by the first European scientists to examine their fossilized remains—an assessment that proved mistaken when a small number of these flightless rails were caught during the latter part of the 19th century, the last in 1898.

Presumed extinct (for the second time) for the following fifty years, takahē were famously rediscovered in the rugged and remote Fiordland mountains in 1948—an event that triggered both an international “avalanche of publicity” and intense debate about how best to protect the last remnants of the species. Today considered a national ‘taonga’ or treasure, this cherished bird is now a darling poster child for New Zealand conservation.

They are also, by all accounts, extremely tasty—early Maori hunted them extensively as a source of much-prized feathers and food, and the sealers who caught and cooked one in 1850 declared it a most “delicious dainty”.

This then raises a question that is less facetious than might first appear: Would it be okay to eat a takahē? And if not, why not? Here we can start to explore the popular beliefs about nature alluded to above, ones that result in wider uncertainty about modern genetic science and, at an extreme, vocal opposition to genetic modification and genetic engineering.

To many nature-lovers, even talking about eating an animal like the takahē would likely seem immoral; after all, these birds (like other endangered species everywhere, from black rhinos to gorillas to whales) are special. Yet if we examine this belief, being ‘special’ appears to amount to little more than being rare. Nor could being “wild” be a cause for special status; this implies, for instance, that captive-bred rare animals are of less value than their free-living counterparts.

Yet while it is rationally unclear (independent of scarcity) why wild animals should have greater intrinsic value than farmed ones, it is nevertheless a distinction that many people make—treasuring rare or wild animals over well-known domesticated ones. (This inconsistency in attitudes is also evident in the furor over the euthanizing of a single giraffe in 2014 in a zoo in Denmark, an agricultural country where tens of thousands of farm animals are routinely slaughtered each day.) If takahē were as common as chickens, say—or whales as widespread as cows—would they still be seen as special? 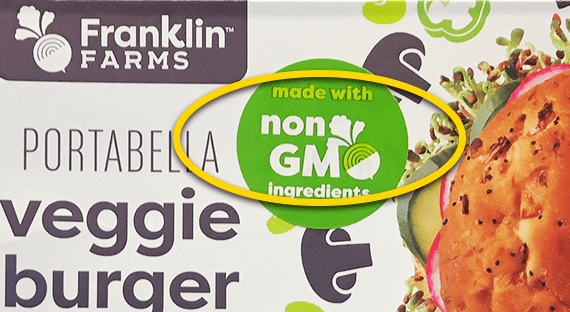 The old adage “familiarity breeds contempt” is also evident in antipathy towards genetically modified foods. That is, in the same way that familiar livestock are overlooked in comparison with wild/rare animals, so too are supposedly “natural” everyday foodstuffs in the vehement rejection of “unnatural” genetically adulterated “Frankenfoods”. In reality, of course, all of our staple crops have themselves been genetically modified through selective breeding over time, with many—including such common items as corn, peaches and watermelons—veritable monstrosities compared to their wild precursors.

Furthermore, such unexamined beliefs about what is “natural” and what is “unnatural” help explain how support for wildlife conservation can morph into opposition to genetic science—most especially, in the idea that human activities destroy the delicate “balance of nature“. Despite having been long-since rejected by ecologists, the romanticized concept of a natural balance—anthropomorphised as a wise and benign Mother Nature, constantly striving to maintain the natural harmony—still holds sway in public consciousness.

A surprising example of this concept of purpose and harmony in nature is Pope Francis’s recent suggestion that COVID-19 is “nature’s response” to climate change. While the Pope is an odd source for such a claim (after all, traditionally God is the one who directs plagues for His own purposes, as many believers still insist), it is nevertheless based on the same belief in a natural (or supernatural) guiding force maintaining nature’s equilibrium in a world bespoilt by humankind.

Such a notion, of course, stands in stark contrast to the Darwinian concept of life, in which the illusion of harmony merely masks a precarious stalemate in the ceaseless competition between and among species. Moreover, the evolutionary view regards nature as purposeless and amoral, with the ultimate “aim” of living organisms being simply survival and replication.

Related article:  Unanswered COVID-19 questions multiply: Why some people get really sick and others not? Does social distancing really matter? Are models right?

In which case, COVID-19 is not nature’s revenge (or God’s wrath), but rather the mindless spread of an incredibly successful sequence of genes, a contagious virus replicating at the expense of other organisms that just happen to be us. Plagues and pestilence, in other words, are as much a part of nature as wonderful animals like the takahē (a point humorously made in Monty Python’s “All things dull and ugly”).

Potentially, the current coronavirus crisis may disabuse many people of their romanticized notions about benevolent and harmonious nature; at any rate, the overwhelming world reaction is not simply to let “nature take its course”  but rather to act to mitigate its worse effects. And while the unexpectedness and novelty of the pandemic has left many nations floundering over how best to respond, the ultimate solution(s) can only be derived from evidence and facts—in other words from empirical science. At the same time, however, the fight against COVID-19 will likely be hindered by the very things that dog the rational application of genetics to human needs—misinformation, conspiracy thinking and pseudo-science.

But before drawing the disparate threads of this argument together, let’s return to the takahē, itself an excellent example of the pitiless Darwinian account of life. Like much of New Zealand’s avian fauna, the takahē’s ancestors were accidental, wind-blown arrivals on these remote South Pacific islands. Lacking competition in their new environment, takahē numbers rapidly expanded while at the same time evolutionary processes, including island gigantism, gradually morphed them into the large, flightless and slow-breeding animals we see today. And, like numerous other New Zealand species, the takahē were therefore easily out-competed by the next set of arrivals, the fast-breeding mammals introduced by human beings.

Yet while the ensuing tidal wave of bird extinctions was initially viewed as natural and inevitable, modern attitudes have changed—and now New Zealand’s conservation efforts are directed at preserving the surviving native species by eradicating the more recent mammalian invaders. A tragic irony here is that, in the name of conservation, many native species are kept alive only through the mass killing of exotics.

Further ironies abound. Reassured by evidence-based science, the majority of New Zealanders accept the use of “1080” sodium monofluoroacetate poison as the most effective means to control pest species—yet at the same time, research into more humane genetic alternatives (such as the use of gene drives) are stymied by the country’s vocal anti-GMO movement and its dated and restrictive legislation on genetic technology.

Indeed, the emotional, anti-scientific hostility to 1080 poison captures many of the points raised above, most especially in the belief that native and introduced species can coexist in a natural equilibrium (a notion belied by the estimated 25 million native New Zealand birds killed by introduced predators each year).

As for the takahē itself, an initial willingness to let nature take its course was a factor in the species’ calamitous decline to just over 100 individuals by the 1980s, before more scientifically guided (and better funded) conservation policies began to take effect. Genetics has since played a strong part in hauling the takahē back from the brink of extinction, particularly in mitigating the damaging effects of in-breeding. Genetic research has also uncovered surprising findings about the takahē’s origins; originally divided into two subspecies—one in New Zealand’s North Island and the other in the South Island—more recent genetic analysis suggests these were instead two separate species, with the extinct northern variety descended from Australian swamphens and the extant southern species more closely related to South African rails. (Convergent evolution explains the physical similarities between the distinct species on either island.)

And here, takahē genetics can usefully illustrate a final point about our conceptions (and misconceptions) of the natural world. Those most attracted to idealized visions of nature (and hence prey to anti-science attitudes), often assume that science robs nature of its glory and wonder. In fact it does the opposite; the more we understand about animals such as the takahē (or indeed viruses such as SARS-cov-2), the more we are able to marvel at the wonders of evolved creation. And while romantic wishful thinking won’t save the tasty takahē from extinction (nor us humans from COVID-19), modern science just might.