This article or excerpt is included in the GLP’s daily curated selection of ideologically diverse news, opinion and analysis of biotechnology innovation.
Full disclosure: I buy organic fruits & veggies. I also buy conventional fruits & veggies. For me, it depends on the time of year, the way the produce looks, which grocer or market I’m visiting, and price (those two-for-one berry deals are no joke!). At D2D, we also believe that feeding a growing population requires all kinds of safe, sustainable growing methods. We should have a choice and not be unnecessarily fearful of the food at the grocery store.

If I told you that I only buy organic produce, you’d probably assume that I had the Environmental Working Group’s (EWG) list of contaminated produce memorized for when I go shopping, right? And probably expound on the “horrors” of conventional farming, too. Some of you may not know what EWG is, but you’re probably familiar with their annual “Dirty Dozen” list showing which conventionally-farmed fruits & veggies have the most pesticide residue based on data from the USDA Pesticide Data Program. But should you really be afraid of these “Dirty Dozen” items?

EWG would give a big ‘yes’ to that one. But wouldn’t you do this, too, if your corporate donations came from Organic Valley, Earthbound Farms, Applegate Farms, and Stonyfield Farms? Hey, I kinda get it – they’d infuriate their stakeholders if they published information discouraging their products. But their report hurts our health and frankly, our sanity. And at a time when we need it most with COVID-19.

Did you know that only 10% of us eat the recommended amounts of fruits & veggies each day? I’m literally sneaking riced cauliflower and diced sweet potatoes into my oatmeal each morning and am barely scraping by in that department. There is no doubt about it: washing, chopping, and preparing five to nine servings of veggies for each family member every day takes a lot of time.

But what about those who can’t even shop for fresh produce? The USDA’s food desert map examines lower-income and lower-access locations where people live far from a supermarket. EWG’s message particularly preys on these shoppers. In a peer-reviewed study in the journal, Nutrition Today, researchers found that low-income participants preferred not to buy produce at all – neither organic nor conventional – when informed of specific fruits & veggies with pesticides, putting this group at greater risk of obesity, heart disease, and cancer. Kinda counter-productive to EWG’s mission, right?

You’re Only as Good as Your Data

Though we’ve previously posted on how the USDA and EPA monitor and manage pesticide residues on produce, here are a few points about the margin of safety the EPA applies to our produce, the data gathered by the USDA that shows where produce falls within that spectrum, and how the EWG misrepresents the data to scare the daylights out of us.

Let’s first take a look at data collection and what it shows:

Organic and conventional crops: It’s not a level playing field

“The EPA requires synthetic pesticide manufacturers to conduct a whole battery of tests for initial and ongoing registration. The extensive and costly testing is conducted to determine toxicity on human health from dermal exposure, inhalation, and ingestion, and assesses human health outcomes related to reproduction, cancer, and organ systems.

On the other hand, “natural” organic pesticides are not required to be tested for toxicity and have never received this level of assessment.”

Have you heard of copper sulfate? It’s considered an organic pesticide and is frequently used on crops prone to fungus. It’s also one of the most toxic pesticides. Yes, even among synthetic ones.

Yes, there is pesticide residue on most produce – both conventional and organic. It’s also in our air. And water. And, our bodies can handle it. Time to move on.

“In reality, exposure to toxins like pesticides is not as simple as ‘this is good, that is bad’. Whether or not something is toxic depends on numerous factors, such as the substance’s form, the amount you are exposed to, how you are exposed, and your genetic make-up.” 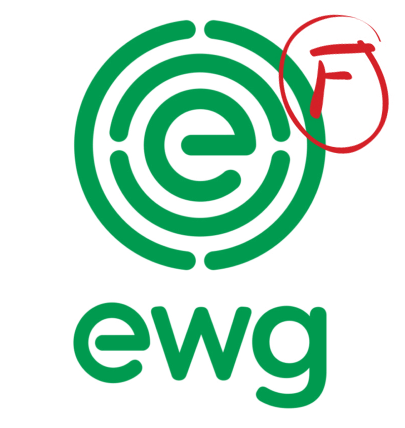 Look, we don’t need to go too far down this rabbit hole of EWG’s dubious research practices. Thankfully, plenty of researchers with lots of peer-reviewed studies to factually substantiate their claims have made a more compelling argument than I can to discredit EWG’s improper research methods and false claims.

Related article:  Viewpoint: How the Organic Trade Association flunked Science 101—No, organics are not 'chemical free'

But let’s take a quick look at how EWG takes advantage of omissions and manipulates data in favor of their stakeholders:

EWG’s desperate search for data to substantiate their position

And EWG only addresses COVID-19…

…When it’s convenient for them

The most disheartening part about the EWG’s Dirty Dozen report? They know they’re causing unnecessary panic. Perhaps in light of the current pandemic, they stated in their press release that “…consumers should continue eating plenty of healthy fruits and vegetables, whether they are conventional or organic”. Doesn’t this seem contradictory to their entire report? So why cause more panic when we’re all already freaking out???

There’s no question that the benefits of eating fresh fruits and vegetables FAR outweigh any ill effects from pesticides – the vitamins, minerals, antioxidants, fiber, and other nutrients keep our bodies healthy. How else are we to build up our immune systems to help combat this virus?

Despite the mixed messages of the EWG report, there’s one common theme that unifies us all in our plight for overall and immune health: to eat more fruits and veggies, no matter the source. Whether explicitly said by nutritionists and doctors, or hidden between the lines in a press release, we all agree that eating more produce can positively affect our immunity against COVID, and beyond.

And if you are still concerned about pesticide residues and pathogens, just rigorously wash and prepare your produce.

“Make sure to wash your produce thoroughly under cool running water BEFORE eating or preparing. It is important to rinse…to avoid transferring dirt or bacteria onto your knife, the flesh of the produce or your work surface. The FDA does not recommend washing your fruits and vegetables with soap…however, you may want to use a clean produce brush to scrub firm crops.”

My last point is for those who are still skeptical…

If you question the USDA and EPA data, just remember that between two stories may lie the truth. So, if you recall that the EPA’s pesticide residue tolerance scale for produce must be “100” at a bare minimum, and “1” is a serving of produce that has enough pesticide residue to cause an immediate ill health effect (as the EWG would like us to believe), that halfway point brings us to “50”. Even at a factor of 50, I would still encourage my family and friends to eat lots and lots of produce. Even then, 226 strawberries are still too many for me to eat at once 😉

The EWG report negatively affects our shopping decisions with baseless information that preys on our fears. During these times, it’s even more important to make rational decisions about our health to protect ourselves and others by fortifying our immune systems. So when I see those strawberry packages that are on sale for “buy 2 get 1 free”, you better believe I’m stocking up, no matter how it’s farmed.

Hillary Kaufman covers food trends and technological advances in health for Dirt-to-Dinner, a site dedicated to helping you better understand how your food is grown

This article was originally published at Dirt to Dinner and has been republished here with permission. Follow Dirt To Dinner on Twitter @Dirt_To_Dinner.