Can the CDC recover its credibility in the midst of its COVID debacle?

White House advisers have made line-by-line edits to official health guidance, altering language written by CDC scientists on church choirs, social distancing in bars and restaurants as well as internal summaries of public-health reports, according to interviews with current and former agency and administration officials and their emails.

The clashes stem in part from a turf war between a White House intent on controlling broad elements of the coronavirus response and federal agencies like the CDC who long prized their independence. Along with a series of missteps by the CDC itself, the sometimes-open tension has helped erode trust in the world’s pre-eminent public-health organization, compounding the difficulty of navigating a virus that has killed more than 217,000 Americans.

When Ebola cases surfaced in the U.S. six years ago, the CDC steered the public-health response, holding 13 news briefings in one month and deploying thousands of staff globally to stop the virus. The CDC also won accolades for its leading role in the Zika epidemic and H1N1 flu pandemic.

“It is an unprecedented sidelining of the CDC,” said Dr. Tom Frieden, the agency’s chief during the Obama administration. “They’re being micromanaged.” 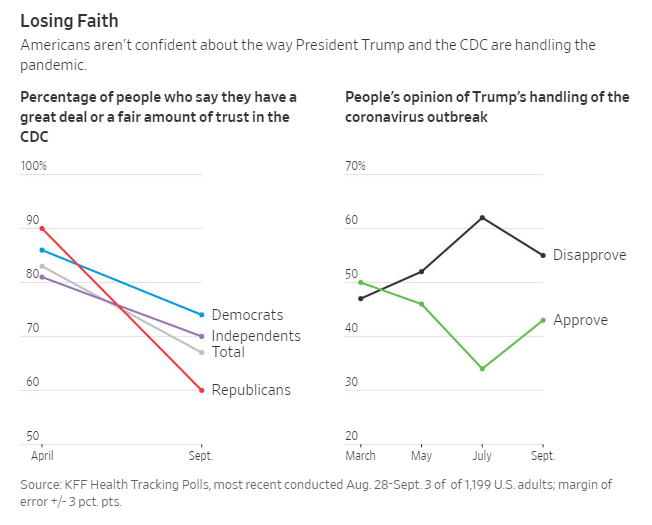