Viewpoint: Most consumers are ignorant of farming—and ‘easy targets’ for peddlers of organic food misinformation

This article or excerpt is included in the GLP’s daily curated selection of ideologically diverse news, opinion and analysis of biotechnology innovation.
For the last 15 years, I have taught an introductory nutrition course at a local junior college. On the opening night, one of the many questions I ask students is how many of them or their immediate family members are directly involved with agriculture. The response is always the same. Either no one responds, or it is always less than 2% of the class if they do.  This is in Kern County, California, typically ranked as either number one or two agricultural producing counties in the U.S. at over $7 billion per year.

The other 98%, including my students, you, and me, are easy targets for a wide variety of misinformation intended to exploit their misunderstandings, especially an irrational fear of chemicals, chemophobia. This unfounded consumer fear remains even though all things, including ourselves, are made entirely of chemicals.

Consider this simple illustration. Using the USDA Organic, I ask students a simple question: Based on your perception of what this label is supposed to indicate to consumers, is this organic produce inherently safer and more nutritious than conventionally grown? The overwhelming response is always yes. 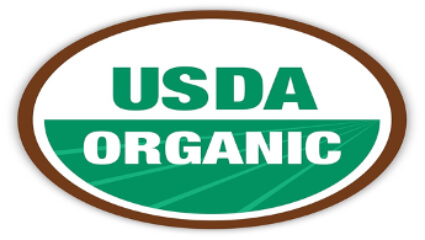 “let me make it clear about one thing. The organic label is a marketing tool. It is not a statement about food safety. Nor is ‘organic’ a value judgment about nutrition or quality.”

A 2014 review, entitled “Why Consumers Pay More for Organic Foods? Fear Sells and Marketers Know it”,  by Academic Reviews, a global nonprofit organization of academic professors and researchers; evaluated more than 200 published academic, industry and government research reports, as well as assessing more than 1,000 news reports, 500 websites and social media accounts. They found:

“Our report finds consumers have spent hundreds of billion dollars purchasing premium-priced organic food products based on false or misleading perceptions about comparative product food safety, nutrition, and health attributes. The research found extensive evidence that widespread, collaborative, and pervasive industry marketing activities are a primary cause for these misperceptions. This suggests a widespread organic and natural products industry pattern of research-informed and intentionally-deceptive marketing and paid advocacy.  Further, this deceptive marketing is enabled and conducted with the implied use and approval of the U.S. government endorsed and managed U.S. Department of Agriculture (USDA) Organic Seal, and corresponding National Organic Standards Program (NOSP) in direct conflict with the USDA’s NOSP stated intent and purpose.” [emphasis added]

In short, the organic industry knows that unless they can effectively demonize conventionally grown produce by creating a consumer misconception of superior safety and health of organics, using blatantly false and deceptive marketing methods, then the foundation of the whole organic food industry and its ability to enhance sales would be impossible. Consumers would simply be unable to justify the additional cost of the produce or products based upon the facts.

Over the next few weeks, we will consider organic vs. conventional food adapted from The Myths of Nutrition Science. We will consider five typical consumer misconceptions, which leads them to believe that they must spend roughly 40% more for their food.

David Lightsey M.S., a Food and Nutrition Science Advisor with Quackwatch.org, is the author of “Muscles Speed and Lies, What the Sport Supplement Industry Does Not Want Athletes or Consumers to Know.”

ADVERTISEMENT
ADVERTISEMENT
Related article:  Farm fraud: Consumers spend billions on food that might not be organic
The GLP Needs Your Help
It is easier than ever for advocacy groups to spread disinformation on pressing science issues, such as the ongoing coronavirus pandemic. No, vaccines are not harmful. Yes, the use of biotechnology, GMOs or gene editing to develop antigens for treatments including vaccines are part of the solution. To inform the public about what’s really going on, we present the facts and challenge those who don't. We can’t do this work without your help. Please support us – a donation of as little as $10 a month helps support our vital myth-busting efforts.
DONATE
Share via