This article or excerpt is included in the GLP’s daily curated selection of ideologically diverse news, opinion and analysis of biotechnology innovation.
Europe’s refusal to permit its farmers to cultivate genetically engineered (GE) crops led to the avoidable emission of millions of tonnes of climate-damaging carbon dioxide, a new scientific analysis reveals.

The opportunity cost of the EU’s refusal to allow cultivation of GE varieties of key crops currently totals 33 million tonnes of CO2 per year, the experts say.

This is equivalent to 7.5 percent of greenhouse gas (GHG) emissions from the entire European agricultural sector, or roughly what might be emitted each year by 10-20 coal-fired power stations.

Given that farmers in North and South America adopted GE crops from the late 1990s onward, this analysis implies that over subsequent decades the additional carbon emitted due to the EU’s opposition to genetic engineering will likely be in the hundreds of millions of tonnes.

The findings result from from the fact that GE versions of major crops produce a higher yield because they can better resist damage from insects and competition from weeds.

With Europe’s farmers condemned to lower total agricultural yields because of GE crop non-adoption, more farmland globally has to be kept in production or plowed up which otherwise might be available for forests to sequester carbon in trees and soil.

The new analysis will make uncomfortable reading for environmental groups that have long combined advocacy for climate mitigation with a steadfast opposition to “GMOs” because it implies that their opposition to genetic engineering might be substantially worsening the climate emergency.

The paper is co-authored by Emma Kovak and Dan Blaustein-Rejto — both from the California-based ecomodernist think tank the Breakthrough Institute — and Matin Qaim, from the University of Goettingen, Germany. It is published as a pre-print on the bioRxiv server in advance of formal peer review.

The calculation was made by estimating to what extent GHG emissions could have been avoided if the EU’s level of adoption of GE varieties of five major crops (maize, soybean, cotton, canola and sugar beet) in 2017 had been equal to that of the United States.

“Our results suggest that GHG emissions reductions from the yield increases in GE crops are substantial and should be included in future analyses,” writes lead author Kovak.

The researchers also note that their findings are particularly relevant right now because a possible reassessment of the EU’s harsh regulatory regime for biotech crops is currently underway.

However the EU’s current policy trend pushes in the opposite direction. As Kovak explains, Europe’s “new Farm-to-Fork Strategy under the European Green Deal aims to expand organic farming, which has lower yields and would be associated with significant increases in global GHG emissions through causing land-use change elsewhere.” 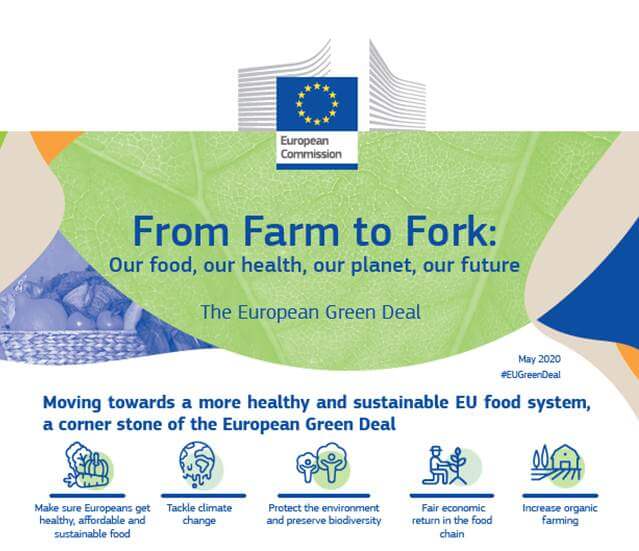 She concludes: “Rather than offshoring environmental damage to other nations, as the European Green Deal does, the EU should increase agricultural productivity through embracing new crop technologies, thus contributing to global environmental benefits.”

The authors, however, caution that their assumptions mean that there are substantial uncertainties in the analysis. They assume, for instance, that increased yields in Europe would lead to a proportionate decrease in production elsewhere.

In reality, while the land-sparing effects of crop yield increases are well established, the magnitude can vary widely according to differing circumstances.

However, uncertainties also mean that the estimated annual GHG savings of 33 million tonnes could on the other hand be a big underestimate. In particular, the analysis does not take into account Europe’s influence on Africa and Asia, where the EU’s refusal to allow farmers to cultivate GE crops has been hugely influential.

Nor does it take into consideration what might have happened if crops more widely grown in Europe than in North America — in particular wheat and barley — had been genetically engineered to allow similar yield improvements as have been seen in maize, cotton and soy.

At the moment no GE varities of wheat or barley are cultivated widely due to intense and long-standing opposition from politicians and anti-GMO activists. If these crops had been available to farmers in standard GE insect- and weed-resistant varieties, Europe’s agricultural productivity might have increased substantially.

The researchers conclude on a hopeful note, pointing out that “new gene editing technologies will likely further increase the diversity of desirable crop-trait combinations.” If these crops are permitted in Europe and elsewhere, huge climate mitigation benefits from future GE crops might still be realized.