This article or excerpt is included in the GLP’s daily curated selection of ideologically diverse news, opinion and analysis of biotechnology innovation.
Interest groups have become so hardened in their views about which types of agriculture benefit the environment that the fact that some COVID vaccines have been developed using genetic engineering is unlikely to change minds about the technology’s benefits, an industry advocate says.

“I am skeptical, despite a lot of hope that it will open people’s minds to genetic engineering,” Jon Entine, executive director of the Genetic Literacy Project, said at USDA’s annual Agricultural Outlook Forum on [February 18]. “After all, we’ve had genetically engineered insulin for more than 30 years,” and that “doesn’t seem to persuade anyone.”

“I don’t see it as game-changer” when it comes to achieving broad acceptance of biotech in the food space, Entine said.

Entine appeared on a panel with Tim Bettington, executive vice president and president of U.S. Operations at Zoetis. The moderator was Alison Van Eenennaam, who runs the Animal Genomics and Biotechnology Laboratory at the University of California, Davis.

Entine criticized the European Union’s “farm to fork” initiative that seeks to promote organic practices and reduce European farmers’ reliance on pesticides. Organic agriculture lags behind conventional ag in terms of production, which means an increased reliance on organic ag would require much more land to feed a growing population, he said.

He added that despite popular perception, U.S. farmers rank 59th in the world in terms of pesticides used per hectare, and spoke favorably of herbicide-resistant crops, saying they enable farmers to reduce their tillage, which releases nitrous oxide, a powerful GHG, into the atmosphere.

“I think there’s the illusion that organic farming and other farming techniques that have been more aggressively adapted in Europe really have been very beneficial to lowering the pesticide impact, but that is just not accurate information,” he said. 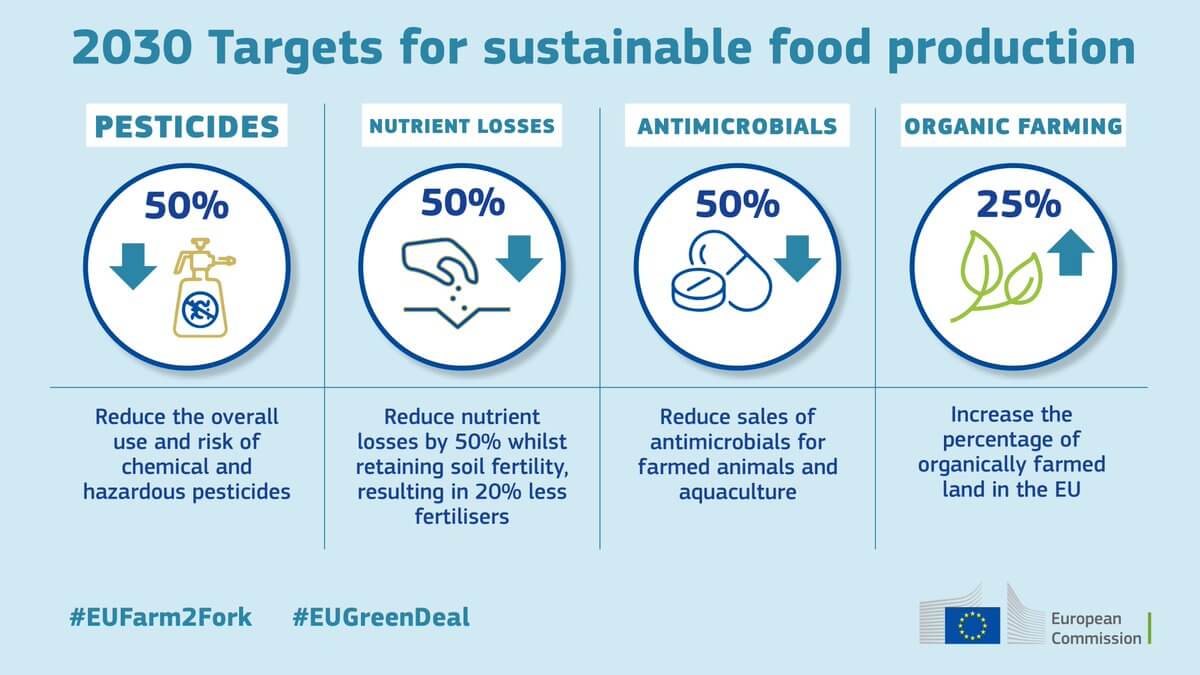 Getting into specifics, Entine said that banning glyphosate, the active ingredient in Roundup, “would be a disaster” because it would result in more tillage and an increase in GHGs. “You can’t just say something’s in the sustainable category and something is not,” Entine said, calling the debate over sustainable agriculture “nuanced and complex.”

“I think we’ve become very siloed, maybe reflecting the partisan sensibility which has infected a lot of our public discussions these days, and we are increasingly debating over means rather than end,” Entine said. Different agricultural methodologies “almost have become ideologies,” he said, pitting organic and agro-ecological methods against “conventional agriculture, aided by biotechnology.”

Related article:  Viewpoint: Norman Borlaug knew technology could fight hunger. In the biotech age, we ignore his wisdom at our peril

Entine also had a message for the Biden administration, which has made tackling climate change a priority, even setting a goal of net-zero GHGs from the agricultural sector.

“I hope the new administration has a blank slate on this and doesn’t jump to either demonizing or embracing one kind of technique over another.” He said the administration should focus on “sustainability and climate change, and then how do we get there.”

In addition, “the political discourse around GMO’s and the public debate around that technology has really stopped the ability of public sector and small companies to use these technologies in our genetic improvement programs of animals, and that comes with a very real opportunity cost,” she said.

“You could have, for example, PRRS-resistant pigs that don’t get sick in the first place,” she said, referring to Porcine Reproductive and Respiratory Syndrome.

Sometimes opposition to change comes from within the industry itself. Panelist Bettington touted Zoetis’s IMPROVEST, a prescription product that is an alternative to physical castration for pigs. However, “the processing plants don’t appreciate it because they are used to a very different practice of castration,” he said.

On the issue of measuring the impact of certain ag and food industry practices on climate change, Bettington said consistency is needed,

“I think we probably need to get better alignment across all the different groups that govern us, and how do we get consistency across manufacturing industries, animal agriculture, etc, to get alignment on how do we measure and how do we set criteria around the ultimate goal, which is lowering greenhouse gas emissions.”

Van Eenennaam also decried the gradual decrease in agricultural research funding in the U.S. “In 2017 there was only $325 million allocated for competitive research grants, which was less than half of what was congressionally authorized and amounts to less than 2 percent of the $18.2 billion that’s allocated for competitive research grants by the National Institutes of Health,” she said.

Steve Davies as an Associate Editor at Agri-Pulse. Find Steve on Twitter @eswr_update

A version of this article was originally posted at Agri-Pulse and has been reposted here with permission. Agri-Pulse can be found on Twitter @agripulse