How our brains respond to mass shootings

Open to an action movie, Act One, Scene One: villains pop up with machine guns roaring. Somehow, our hero (or heroine) sees the ‘baddies’ in a millisecond and, with lightning-fast moves, dodges the incoming bullets and, with leopard-like reflexes, subdues the enemies with a few well-placed shots.

Cut to a slightly more realistic U.S. Federal Bureau of Investigation video, which instructs people who may be targets of an ongoing “active shooter” (to use current police jargon) to first try and run away, or hide, or as a last resort, get ready to hit the shooter with a fire extinguisher, a chair, and perhaps some other office supplies:

In the wake of an increase of armed attacks by terrorists, “lone gunmen” or other active shooters (a recent FBI study shows about one mass shooting a month in the United States since 2000), there’s also been an increase in debate about how members of the public, as well as trained police, should respond to these attacks. But are either of the scenarios above truly representative of how untrained people will respond to a terrorist attack, or shooter of any kind?

A long way from “fight or flight”

The truth is, for most of us our first reaction is not to run, duck or shoot back. It’s to freeze. And this reaction is uncontrollable, more often than not. 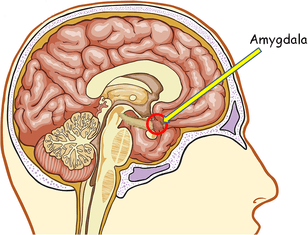 Joseph LeDoux, a neuroscientist at New York University, has shown that our brains tend to make us lock up in the face of danger. This reaction comes from a part of the brain called the amygdala, a structure that handles emotional memories and responses to emotional threats. Instead of triggering what high school biology calls “the fight or flight response,” the amygdala — and the neural circuits to and from it — triggers a defense that forces us to be still. This response does have advantages, LeDoux points out. It’ll be harder for a predator to detect you (think a hawk circling above a rabbit), or your lack of movement could make a predator lose interest (this explains why it’s good to be very still when encountering a grizzly bear). At the same time, cortisol, adrenalin and other stress hormones and neurotransmitters begin accumulating, adding to the fear — and freezing — in a dangerous situation.

How does this work? The brain’s handling of fear, adverse events and action still isn’t particularly well understood. Recent research shows that various parts of the amygdala play a strong role. One part, called the lateral nucleus, receives information about the threat, and then processes this information through another part, called the basal amygdala, and engaging yet a third part, the central amygdala, to other motor sites that trigger action (or in the case of freezing, inaction). However, LeDoux and colleagues showed that not all of these amygdala parts have to be involved in a reaction to a threat. Further, by shutting down the connection between the basal amygdala and the rest of the brain enabled rats to overcome the freezing response.

This indicated that both experimental rats and people can be trained to respond differently to such threats. This training, scientists have found, can take advantage of neuronal plasticity (the ability to change circuitry, or create new neuronal connections) to work around existing responses to fear. This can include creating an ability to run, or fight back, in some people.

Such training could allow people to respond better to attack situations (though it won’t directly improve their aim). And any member of the military, from recruit to drill sergeant to strategist, knows that the primary way to effectively respond to a threat is to better handle fear. But a look at any recruitment video (the U.S. Army has a whole series) shows that getting to these results requires a great deal of training, not only in overcoming personal fears but also by creating a strong sense of teamwork, and stressing repetition and cooperation (not to mention physical agility). Also, just as not everybody makes it through boot camp, to say the least Army Special Forces, U.S. Marine or Navy SEAL training, not everybody can overcome the “freeze” response.

However, it remains unlikely that the majority of human beings (including those in the United States) will experience a mass shooting event. Of the 32,383 gun-related homicides in 2013 in the U.S., 21,175 deaths were suicides and only 486 deaths were because of what the FBI classified as a mass shooting. While knowing your limitations is important in a life-or-death situation, sometimes it may be wise to detach from filmed dramas and leave the shooting back to the experts.