Body parts from fruit? Skin grafts may use apples to grow human tissue

Biophysicist Andrew Pelling of University of Ottawa wants to [use apples to determine] the future of biomaterials and human tissue repair….

“What I’m really curious about is if one day it will be possible to repair, rebuild, and augment our own bodies with stuff we make in the kitchen,” Pelling said.

How Pelling’s team achieved this was rather simple, he said. To remove the apple’s cellular material, they bathed it in boiled water and liquid dish soap…After the apple was washed clean of all its disgorged cellular material…the spaces that once contained apple cells were then filled with mammalian cells.

Pelling’s method is, of course, still in its early developmental stages. At this point, it can’t be tested on human beings. The team did test it on mice, though. Pelling injected cellulose scaffolding under the skin of lab mice. Amazingly, the mice didn’t show any adverse immune reactions to the infusion. Within a few months,  the animals’ body had populated the scaffolding with their own cells. 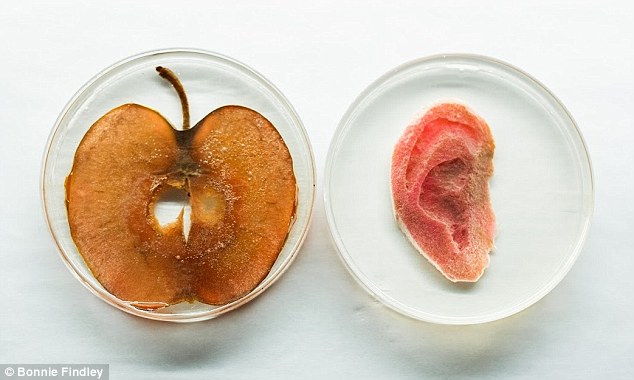 But why stop at just apples? Pelling and his team are also looking at the potential of cellulose scaffolding derived from asparagus or even rose petals to be used as biomaterials to repair bone or nerve damage.

The GLP aggregated and excerpted this blog/article to reflect the diversity of news, opinion, and analysis. Read full, original post: Meet the Revolutionary Apple That Grows Human Skin