Treating the concussion epidemic: Could spit tests identify those most likely to recover slowly?

A new biomarker test using the tiniest of RNA molecules can distinguish between people who are more, or less, likely to recover quickly from a concussion. 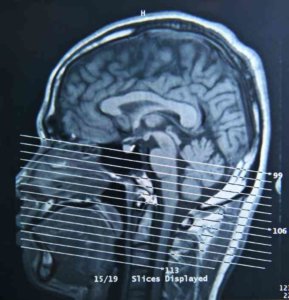 A concussion, in football parlance, is akin to “having one’s bell rung.” Considered a type of traumatic brain injury (TBI ), a concussion is the sudden thrusting forward of the soft brain inside the hard skull that results from a violent whack to the head. It usually causes a brief loss of consciousness, and then difficulty thinking and recalling new information, headache, blurred vision, fatigue, irritability, poor balance, and sensitivity to noise and light. Most people recover within two weeks, though up to a third of sufferers experience prolonged symptoms. These brain injuries have received increased scrutiny in recent years following reports of long-term damage to athletes who have suffered multiple concussions.

Lingering concussion symptoms go by several names. The Diagnostic and Statistical Manual dubs it “neurocognitive disorder due to TBI,” while the World Health Organization calls it “post-concussion syndrome.” Whatever it’s termed, in extended concussion, symptoms like headache, fatigue, and irritability ramp up, while others, such as dizziness, may appear.

The ability to predict which patients whose concussion symptoms will stick around could lead to early referrals to appropriate specialists and perhaps lifestyle changes. But studies to isolate predictive factors seem to have yielded more clues to what doesn’t matter than to what does. Among high school and college athletes, severe symptoms, amnesia, and loss of consciousness, within the first 24 hours, is associated with increased risk of PCS. Level of schooling and position on a team didn’t matter, nor did history of past concussion for sports other than football.

Rather than poking into the histories of young athletes with concussions to isolate contributing factors to their prolonged misery, Jeremiah J. Johnson, of the department of pediatrics at the Penn State College of Medicine and colleagues have found a novel type of biomarker to predict persistence of symptoms — a set of 5 microRNAs. Their findings recently appeared in JAMA Pediatrics.

Concussion is common. A study from Canada showed that 1 in 5 of 13,000 teens had had one, but a meta-analysis for the US doesn’t paint quite so dire an incidence. Whatever the numbers, the ability to identify patients destined for persisting symptoms would be of great value.

The microRNAs are a mere 21 or 22 bases long, but they powerfully “fine-tune” gene expression by acting as “dimmer switches” that block the translation of specific messenger RNA (mRNA) transcripts into proteins.

About 2,500 types of microRNAs flit inside cells, numbering 1,000 to 200,000 and regulating at least a third of the protein-encoding genes. MicroRNA function is a complex, two-way street: a single type of microRNA has many mRNA targets, and at the same time, a single type of mRNA binds different microRNAs. Pharmacologically speaking, a microRNA’s targets can reveal pathways of protein interactions that can suggest new drug targets as well as identify an existing drug that might work.

Related article:  Privacy perils: Impact of legislation that would strip genetic secrecy protections in US

But microRNAs don’t stay in cells, and that’s why they might make great biomarkers. They move in fleets of tiny bubbles in bodily fluids such as saliva, blood, and cerebrospinal fluid. Plus, microRNAs are hardy, staying under the radar of digestive enzymes and resisting changes in pH.

Most importantly, head pummeling immediately alters microRNA levels in the cerebrospinal fluid, which echo a day later in the blood. And microRNA levels shoot up with the degree of damage. A saliva test for microRNAs is even easier than a blood test.

Investigations of using microRNAs as biomarkers have so far focused on adults. The new study looked at microRNAs in saliva from 52 patients, aged 7 to 21 years, at the time of diagnosis of concussion and within 14 days of the head injury, checking again at 4 and 8 weeks. The researchers used a survey, called the Sport Concussion Assessment Tool (SCAT3), to evaluate 20 persistent symptoms. 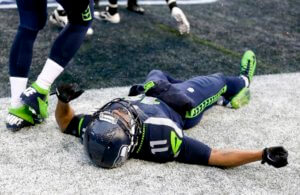 The researchers zeroed in on 15 microRNAs with levels in saliva that differed the most between 30 patients with prolonged symptoms and 22 with acute symptoms. Analysis of the 2,429 genes these microRNAs target indicated that they control repair of nerve cells and how the cells send and receive signals — it all makes sense.

Five of the 15 microRNAs tracked most strongly  with prolonged symptoms. Three other of the 15 miRNAs indicated specific complaints: “remembering what people tell me,” “I have headaches,” and “I get tired a lot.”

If validated, a microRNA spit test could identify children and teens at higher risk for prolonged concussion symptoms and help parents determine when it’s safe to return to school and athletic activities. And it’s easy to imagine a simple spittoon-like collection device, in school nurse medicine cabinets or on the football field, to provide a heads-up of who to watch for worsening brain damage.