This article or excerpt is included in the GLP’s daily curated selection of ideologically diverse news, opinion and analysis of biotechnology innovation.
On April 10, the Environmental Working Group – an NGO funded by big organic marketers – released its annual “Dirty Dozen List” of produce items it categorizes as most important to buy as organic to avoid pesticide residues. EWG makes its list based on an egregious, science-free misinterpretation of what is really a remarkable, transparent source of public data generated by the USDA.What that data actually demonstrates is the outstanding safety profile of the US food supply, but EWG twists it into an argument for consumers to pony up the extra dollars to buy organic with the idea that by doing so they are protecting themselves and their family from exposure to pesticide residues in food.

The “inconvenient truth” here is that the very same USDA data EWG is using to classify commodities as “dirty” documents the fact that organic food samples also contain detectable synthetic pesticide residues. If those low level residues qualify as “dirty” when they are on “conventional” food, then organic is also “dirty.” Even if EWG wants to make a “dirty” index that isn’t supported by toxicology and health experts, it isn’t OK to ignore the fact that the same measure applies to the products that they are recommending as alternatives. A certain number of the samples in the USDA program happened to be labeled as organic, and EWG looked at the data at a level detail where they could have noticed that, so they have no excuse for this omission of information.

Many consumers believe that organic farming means “no pesticides.” That isn’t at all true because pests are definitely a challenge for organic farmers as they are for any kind of farmer. Organic growers are allowed to use a large list of pesticides which are considered “natural.” Interestingly the USDA pesticide residue testing program does not look for residues of most of the major organic pesticides (sulfur, lime sulfur, mineral oil, copper-based fungicides, Bt, live biologicals…). If it did there would be even more “pesticide detections” for the organic samples. Also, under the USDA organic rules, it is officially deemed “ok” of organic samples have synthetic residues that are less than 5% of the EPA tolerance level. Such residues are deemed “unintentional.”

So even though there isn’t data to look at all the potential pesticide residues on organic, lets look at how this “inconvenient truth” of synthetic pesticide detections plays out relative to the latest installment of EWG’s infamous list based on the most recent USDA, PDP data from 2016. (I won’t address the crops on their list that were not part of the 2016 USDA sampling data: #3 Nectarines, #6 Peaches, #10 Celery, #12 Bell Peppers). 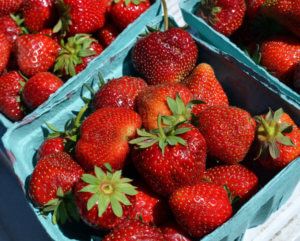 There were 5.2 synthetic pesticide residues detected per organic strawberry sample. 75% of those were below the magic 5% of tolerance level that makes them officially OK for organic, but interestingly 76% of the residues on the conventional strawberries met the same criterion. Strawberries are best grown in areas with extended cool seasons as in coastal counties of California. There isn’t that much of that kind of land available and so the fact that organic strawberries only yield around 1/3 to 1/2 of the amount of fruit per acre – its actually not a good idea to do more organic production – certainly not based on pesticide residue concerns

There were 7.7 synthetic pesticide residues detected per organic spinach sample. 80% of those met the 5% of tolerance standard which is the same percentage for conventional. It is actually difficult to find any metric that differs between organic and conventional for this crop. 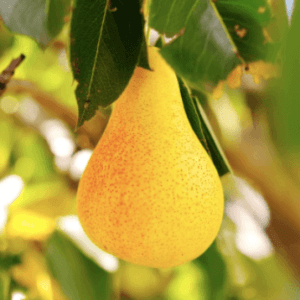 There were 5.7 synthetic pesticide detections on organic pears vs 4.2 per conventional sample. For both categories 69% of those detections met the “OK for organic” 5% rule

2.3 synthetic pesticide detections per sample on organic (vs 2.9 on conventional). 66% met the 5% organic standard vs 74% for conventional.

So, the bottom line is that there is no meaningful distinction between organic and conventional foods that the USDA tested in 2016. Both are quite safe and consumers should not hesitate to buy and consume these foods that are well documented to promote health. The real take-away is that consumers should be very wary of organic-funded organizations like the Environmental Working Group that are trying to manipulate them with fear. EWG ends its dubious list with a link to “Donate Now” because “EWG helps protect your family from pesticides!” Does convincing you to spend more for organic which has the same, low, safe levels of pesticide qualify as “protection?” Such organizations deserve no respect or support.

Steve Savage is an agricultural scientist (plant pathology) who has worked for Colorado State University, DuPont (fungicide development), Mycogen (biocontrol development), and for the past 13 years as an independent consultant. His blog is Applied Mythology. You can follow him on Twitter @grapedoc

This article originally appeared at Forbes as “The Inconvenient Truth About The Environmental Working Group’s Dirty Dozen List” and has been republished here with permission.