The organic food industry has grown rapidly in recent years. According to the Organic Trade Association, organic food sales rose by 125.1% between 2009 and 2018 to $47.862 billion and accounted for 5.9% of total food sales. One of the major reasons for this stellar expansion is the misconception, propagated by the industry itself, that organic foods are healthier and more nutritious than conventionally grown foods.
A 2018 Pew Survey, for example, noted:

[Y]ounger people remain more likely than their older counterparts to say organics are healthier than conventionally grown food. Some 54% of those ages 18 to 29 and 47% of those ages 30 to 49 believe organic fruits and vegetables are generally better for one’s health, compared with 39% of those 65 and older who say the same.

While anti-biotech activists cling to the myth that organic food is healthier and more nutritious than conventionally grown food, genetic engineering–fervently opposed by most organic advocates–is yielding a new lineup of GMO and gene-edited crops with nutrient content organic growers simply can’t replicate. One such product has already hit the market and several others are expected to follow in the next few years. This development has exposed a nutrition gap between organic and genetically engineered crops and further weakened the case for organic farming.

[Editor’s note: This article is part four of a four-part series on the organic food industry’s reaction to the introduction of gene-edited crops. Read part one, part two and part three.]

Organic food and nutrition: the evidence so far 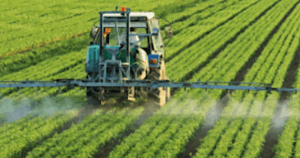 Anti-biotech activists often base their claim that organic food is healthier on the prohibition of synthetic pesticide use in organic farming. Ronnie Cummins, director of the Organic Consumers Association, has asserted that conventional farming “means chemical, conventional means toxic and that this whole myth of using genetic engineering in agriculture is actually dangerous to our health ….” The Rodale Institute, the self-described “birthplace” of organic agriculture, shares Cummins view, but is more forthcoming about the state of the science, noting in 2012:

We have little long-term research on the health impacts of chronic, low-level pesticide exposures. And the research that is out there is troubling. Exposure to these toxins has been linked to brain and central nervous system disruption, infertility, cancer, and even changes to our DNA ….

The fact is, nutrition research on organic foods is very much in its infancy. The “literature lacks strong evidence that organic foods are significantly more nutritious than conventional food,” as [the authors of a 2012 study] concluded, partly because there is very little research to speak of ….

The claim that pesticide residues on conventional crops pose a health risk is not well supported by the evidence, which is quite extensive. And while there have been some studies that suggest organic foods may have higher levels of antioxidants, the vast bulk of the studies comparing organic and conventionally produced foods have concluded that there are no significant nutritional differences between the production methods. One of the most extensive studies comparing the nutritional content of organic and conventionally grown foods was conducted by Stanford University in 2012. The university explained following the study’s publication:

Analyzing the data, the researchers found little significant difference in health benefits between organic and conventional foods. No consistent differences were seen in the vitamin content of organic products, and only one nutrient – phosphorus – was significantly higher in organic versus conventionally grown produce (and the researchers note that because few people have phosphorous deficiency, this has little clinical significance). There was no difference in protein or fat content between organic and conventional milk, though evidence from a limited number of studies suggested that organic milk may contain significantly higher levels of omega – 3 fatty acids.

While organic foods have fewer synthetic pesticides and fertilizers and are free of hormones and antibiotics, they don’t appear to have a nutritional advantage over their conventional counterparts.

Kathy McManus, director of the Department of Nutrition at Brigham and Women’s Hospital, told Harvard that “there’ve been a number of studies examining the macro and micronutrient content, but whether organically or conventionally grown, the foods are really similar in vitamins, minerals and carbohydrates.”

A wide variety of crops, including genetically modified bananas, sorghum, cassava and potatoes, have been created to address vitamin A deficiency, which according to the World Health Organization (WHO) effects an estimated 250 million preschool children—between 250,000 and 500,000 of whom become blind every year. Half of them die within twelve months of losing their sight. Genetic engineering can significantly dent those numbers by producing crops high in beta carotene, which is converted into Vitamin A once consumed.

Golden rice is the best-known example of a Vitamin A-enriched crop. It has been in development for over two decades and is finally approaching commercialization in parts of the world where it can make the biggest impact. Hopefully sometime this year, Bangladesh will be the first country to cultivate the crop. The Philippines is expected to follow shortly thereafter.

Nuseed, a subsidiary of Nufarm, Ltd. of Australia, received approval in August 2018 from the USDA to begin planting its GMO omega-3 canola. The crop is produced by taking genes from microalgae and inserting them into canola seeds, thereby enabling the plant to produce Docosahexaenoic acid (DHA), which supports eye health, brain function and may prevent a variety of diseases, including heart disease. This fatty acid is found in the meat of cold-water fish, and Nuseed estimates that one hectare of its canola could provide the omega-3 equivalent of 10,000 kg of wild caught fish.

The oil from these genetically modified plants can be used for food and animal feed once the FDA grants regulatory approval, which Nuseed expects to receive sometime in 2019. Food giant Cargil in genconjunction with BASF is also working on an omega-3 canola which it hopes to bring to the market in 2020. 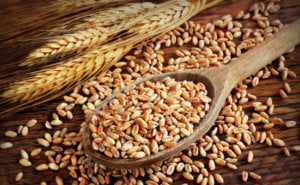 New breeding techniques, including CRISPR, are beginning to yield a wide variety of more nutritious foods as well. Among the companies at the forefront of the crop gene-editing revolution is Minneapolis-based Calyxt. In April, the biotech firm announced its first sale of gene-edited soybean oil for commercial use to a Midwestern restaurant chain. The oil is used for frying, in salad dressing and sauces and is made from soybeans that have been edited to produce high-oleic oil with no trans-fat and less saturated fat. These nutritional traits, the company notes, prolong the oil’s shelf life and make it a competitor to healthy oils from olive, sunflower and safflower. Calyxt has also developed a gene-edited, high-fiber wheat, which may be on the market in 2020. According to Jim Blome, CEO of Calyxt:

Consumer demand for high-fiber products has never been higher, as fiber is essential for healthy digestion, with the potential to decrease the risk of food-related diseases like coronary heart disease and diabetes. Most adults only consume about half of the recommended amount of fiber in their diet, but with the latest advancement, we’re one step closer to developing a product with up three times more dietary fiber than standard wheat flour.

Given wheat’s status as a staple crop globally, a number of other research projects are underway to improve its nutritional qualities. Scientists at the John Innes Centre in the UK have developed a wheat variety that produces white flour with more than double the crop’s typical iron content, thus greatly benefiting people with anemia, a medical conditions with serious complications in extreme cases. Field trials of the wheat are being conducted between 2019 and 2022. Researchers in Spain and the Netherlands are also developing gluten-free wheat that, if commercialized, will enable people with celiac disease to safely consume the grain.

Amfora, a San Francisco- based biotechnology firm, is developing rice, wheat, legumes and several vegetables that have up to 60% more protein than existing varieties. Significantly, the amount of protein is increased at the expense of starch and other carbohydrates, thus increasing the nutritional density of foods made from these crops.

The examples go on and on: low-saturated fat canola oil, tomatoes with the nutritional benefits of chili peppers, allergen-free peanuts and many more enhanced crops are being developed, but the takeaway is clear. While the organic food industry and its activist allies promote their products as healthier alternatives to conventionally grown food, it is genetic engineering that actually produces healthier and more nutritious products.

Calyxt’s heart-healthy soybean oil is just the first of what is likely to be many foods developed with genetic engineering that will attract the interest of consumers. With more of these nutritionally enhanced, consumer-focused products headed to market in the coming years, the organic industry will find it increasingly difficult to deny the benefits of biotechnology and justify the inflated prices of its products.