Battle over America’s waistline: How obesity affects having children and their health

It’s long been known that women who are obese or too thin have found it harder to conceive than women with a healthier weight. But a new study published in the journal Human Reproduction shows that when it comes to obesity, there is a multiplier effect when couples who are both obese try to conceive — conceiving may take from 55 to 59 percent longer.

“Our results also indicate that fertility specialists may want to consider couples’ body compositions when counseling patients,” said Rajeshwari Sundaram, a senior investigator with the National Institute of Child Health and Human Development.

This is yet another medical data point in the battle raging around this nation’s ever-expanding waistline. On one side are the social forces behind a “fat acceptance” movement seeking to normalize obesity or at least reduce discrimination against the overweight. On the other is a growing body of evidence detailing the health risks associated with extra pounds.

Obesity is a global epidemic with serious medical consequences. More than 36% of adult Americans and 17% of children and teens are obese. Compare that with the 1970s, when less than 15% of adults were obese, while the disorder was rarely seen in children. As of 2013, obesity has accounted for 1 in every 5 adult deaths in the US.

Most of the public health focus, to date, has been on the negative impacts on the obese individual. But research increasingly shows that children born to obese mothers have a significantly greater likelihood of developing a variety of diseases during their lives. They experience more distress and die earlier than children of normal-weight mothers. And even if a woman loses a considerable amount of weight before starting a family, many of the detrimental heritable effects can remain.

Maternal obesity: What the research shows

While some proponents of the fat acceptance movement downplay the health risks associated with obesity, there is a considerable body of research detailing the dangers that accompany being overweight. And now there is further research in the field of epigenetics, suggesting that obese parents can pass disease risks on to their own children. Maternal obesity, both before and during pregnancy, is associated with increased risk of non-communicable diseases, including high blood pressure, fatty liver disease, asthma, autism and diabetes. Several of the underlying processes behind these detrimental results appear to be epigenetic in nature.

According to a recent epigenome-wide association study, obesity in adults is causally linked to widespread alteration in DNA methylation, a key marker of aberrant epigenetic change. Epigenetics refers to the part of the genome that modifies cell function by silencing or activating specific genes. Where genetics is the study of variation and mutation in the genome, epigenetics is the study of changes in gene expression that occur without changes to the DNA sequence itself.

Changes in the epigenome can arise from certain types of environmental exposure, and can be beneficial or detrimental to the organism. They can also occur without having any discernible effect on one’s health. Several epigenetic changes have been shown to be heritable, and at least a portion of those linked with obesity appear to fall into this category. 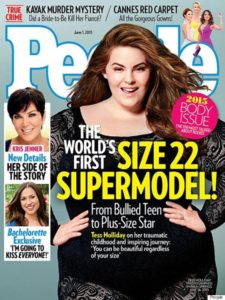 And as Professor Keith Godfrey, Director of the NIHR Southampton Biomedical Research Centre in Nutrition at the University of Southampton, and his team outlined in a recent article in The Lancet:

Epigenetic processes are emerging as an important mechanism through which the memory of developmental exposures is held, with pathophysiological consequences for various organs and systems. Epigenetic modifications have been proposed as a key causal mechanism linking maternal adiposity and outcomes in offspring.

And while maternal obesity may have the strongest influence on offspring, there is evidence showing that the father’s weight also can have negative effects on the metabolic and reproductive functions of children.

Related article:  Childhood trauma: The kids are not alright, and part of the explanation may be linked to epigenetics

Fat acceptance movement may stand in the way

An oft-repeated message of the fat acceptance movement is: “My body, my business.” It’s a theme that’s supported by the rising popularity of unabashed glorifications of obesity, including this one trumpeted by Corissa Enneking, on her blog, Fat Girl Flow:

Health experts argue that this ongoing effort to normalize obesity is irresponsible, given what is known about the associated health risks. Enneking — like others who choose the fat acceptance lifestyle — may never have children. But many of them will.

Interestingly, there is a flipside to the fat acceptance movement. It’s the pro-anorexia, movement. It generally promotes the idea that anorexia is not an illness, but rather an accomplishment or lifestyle choice that should be respected.

An argument could be made that if we are going to become more accepting of obesity, then we should do the same for other forms of unhealthy and disordered eating. But if we are interested in cutting societal health risk and medical costs, then we should focus more strongly on prevention.

A key factor in prevention is understanding what constitutes a healthy body weight. Obesity is determined by an individual’s Body Mass Index, or BMI. A BMI of 18.5 to 25 is considered normal, while 25 to 30 is overweight, and over 30 is in the obese range. Many people aren’t even aware that they’re overweight or obese – a fact that’s unlikely to change, given the ongoing efforts to make it more socially acceptable. 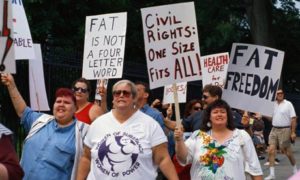 In recent years, the focus of obesity prevention programs has been on decreasing caloric intake and increasing physical activity, though these are clearly not the only parts of the obesity equation. As researchers Debra Haire-Joshu, of Saint Louis University, and Rachel Tabak, of Washington University in Saint Louis, discussed in the Annual Review of Public Health:

To prevent the intergenerational transfer of obesity and end the current epidemic, interventions are needed across the early life stages” and should continue to be directed at both males and females throughout their childbearing years.

It isn’t enough to tell a youth to eat less and exercise more. If that child or teen has a body primed for obesity-related disorders, healthy diets and gym memberships won’t erase the inherited dangers. Those harmful epigenetic alterations won’t go away – and may one day be passed on to their own children. Such an individual might benefit from more drastic interventions, like bariatric surgery or epigenetic therapy.

Mounting research in the realm of these heritable epigenetic modifications will hopefully further inform public knowledge and behavior, guide medical and government interventions, and drive public health initiatives. Scientific evidence, rather than denial, will move us toward better collective health.