This article or excerpt is included in the GLP’s daily curated selection of ideologically diverse news, opinion and analysis of biotechnology innovation.
On December 1, 2018, Andrés Manuel Lopez Obrador (AMLO) became the 58th President of Mexico, taking 53 percent of the vote. During his campaign, he advanced important policy proposals to increase funding for scientific research and ensure the country’s food self-sufficiency. So far, though, those campaign promises have not materialized. The new administration has been used by local affiliates of international environmental activist groups that have been working to make Mexico a GMO-free country. They focus their efforts mostly on corn because the plant originated in Mexico, which is still home to 64 different maize varieties.

The AMLO administration opened the door to these activists by giving their leadership important government positions, where they can lobby to maintain bans on GM corn and soybean cultivation. Now, they are trying to reform Mexico’s biosafety Law in order to outright ban genetically modified crops at the national level. In effect, these groups are preventing farmers from utilizing technology that could help them feed the country as climate change accelerates.

The presence and influence of these non-governmental organizations (NGOs) in Mexico is not new. Over the past 25 years, international groups like Union of Concerned Scientist, Organic Consumers Association and Greenpeace have been part of the national debate over of GM crops, launching campaigns and organizing demonstrations to oppose their cultivation. These organizations have gained trust and influence over the decades, but they have excluded important facts from their messaging and disseminated misinformation and fear to the general public. 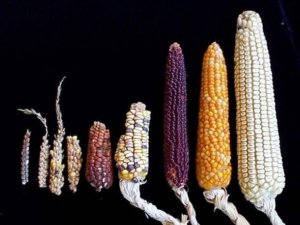 These activists came to prominence in the early 2000s, after a team of scientists in 2001 reported the presence of transgenes in landraces of corn in Oaxaca, a state located in the south of Mexico. The transgenic maize had not been approved for cultivation in the country, so the report had a tremendous impact on government regulators and consumers. Several years later, a different group of scientists from the Nacional Institute of Ecology tried to recreate the 2001 experiment. Taking samples from the same region, they concluded in 2005 that the transgenic maize seeds were absent or extremely rare in the sampled fields, and they found no evidence for transgene introgression (movement of genes between species) into maize landraces.

Despite the research disproving the spread of genes from GM corn, the controversy mobilized a movement to protect native maize from big agriculture companies and preserve the 64 different varieties present in Mexico, on behalf of subsistence farmers and indigenous communities. In 2006, a year after the second study was published and the national biosafety Law was adopted, one of the most important anti-GMO advocacy groups, Mexico’s Union of Scientists Committed to Society (UCCS), was launched, followed by Semillas de Vida (Seeds of Life) in 2007.

Later that year, these groups partnered with other NGOs and farmers associations to launch the National Campaign Sin maiz, no hay pais, or “without maize, there is no country.” In 2013 this coalition filed a legal class action with the Mexican government to prohibit the release of GM maize, arguing it would unleash irreversible impacts on the environment and human health. Regulators responded by implementing a precautionary measure that prevents the competent authorities (the Secretary of Agriculture and the Secretary of Environment) from approving any release of GM maize in Mexican territory.

Since that decision, Mexican farmers have not been allowed to cultivate GM maize. Supporters of the regulation argue that native corn varieties are protected from hypothetical risks, but this analysis ignores that GM maize imports have increased by 136% in the last 10 years, coming mostly from the United States.

Mexico’s anti-GMO groups have been using the same arguments for over a decade, often referring to the work of French geneticist Giles Eric Seralini. Seralini’s work, eagerly promoted by activists and amplified by the media, indicated that rats fed GM corn and glyphosate developed tumors. But his research has since been refuted by other scientists and retracted by the journal that originally published the study.
Two decades ago, such arguments were worth investigating, and the scientific community ran thousands of experiments in order to ensure the safety of GM crops and products made from them. According to a recent review of the evidence, the majority of those reports conclude that:

Twenty years after commercial cultivation of GM crops began, a bona fide report of an adverse health effect due to a commercialized modification in a crop has yet to be reported.

Since the introduction of GM crops in the 1990s, Mexico has debated the merits of biotechnology. But the discussion has intensified recently with Elena Alvarez-Buylla, founder of the anti-GMO Union of Scientists Committed to Society (UCCS), now serving as science minister and primary science adviser to the President. Among several controversial declarations about GM technology, she has claimed that “GMOs are an atomic bomb,” and that by consuming transgenic crops and glyphosate, a popular weed killer developed by Monsanto, we are subjects in a global experiment, without control and consent.

Alvarez-Buylla’s scientific credentials may be unquestionable, but her personal beliefs about GMOs have had a negative influence on Mexico’s biosafety regulations. In September, for example, the president declared during a press conference that his government will not allow the use of transgenics, because he is committed to preserving the environment and combating climate change.

The future of innovation in Mexico is unclear. Recent fiscal decisions by the AMLO administration have cut research funding and may be jeopardizing the country’s scientific development. The current ban on GM maize–which has boosted maize imports, slashed investment in biotech research and may hinder Mexico’s ability to protect it’s agriculture sector from climate change–is a prominent example of how nations suffer when they don’t prioritize scientific progress.

The debate rages on and researchers are speaking out in support of a science-based decision-making process at the national level. These experts know that farmers need all the available tools to provide enough food for a growing population. Despite the political, economic and electoral interests, Mexico’s leadership should not restrict crop biotechnology based on personal beliefs or scientific misinformation. It’s not fair to farmers, who want access to the technology, and it’s not fair to scientists working every day in the country’s national research institutes. Most importantly, it’s not fair to the public—which is being misled by its elected leaders.

Luis Ventura is a biologist with expertise in biotechnology, biosafety and science communication, born and raised in a small town near Mexico City. He is a Plant Genetic Resources International Platform Fellow at the Swedish University of Agricultural Sciences. Follow him on Twitter @iuisventura