Imagine for a moment that the US government banned smart phones and tablets and forced everyone to use home telephones and desktop computers. Adding insult to injury, the government said it was forcing you to rely on these outmoded technologies for your own good. What really happened was that politicians were duped by a coalition of anti-technology activists who believe ‘Big Smart Phone’ was forcing its dangerous devices on consumers to boost its profits at the expense of public health.

This policy would inconvenience just about everyone, but with so many people working remotely today, it would almost certainly hinder our productivity and thus compromise our living standards.

This scenario may sound outlandish, but it’s playing out in Mexico as you read this article. The only difference is that government officials, many of whom are well-known environmental activists, are working to ban genetically engineered crops and the herbicide glyphosate, instead of phones and tablets. The Lopez-Obrador administration is doing this ostensibly to promote sustainable farming, but it’s really just jeopardizing Mexican farmers’ access to eco-friendly, innovative seeds and pesticides that will be essential in the coming decades.

The outdated farming techniques the government is forcing growers to revert to simply can’t produce enough food to feed a growing population, 126,000,000 Mexicans and counting, so all of the modern tools provided by science are needed to sustainably grow the crops Mexico needs. If these proposals are not rescinded, the country could end up facing a food crisis. 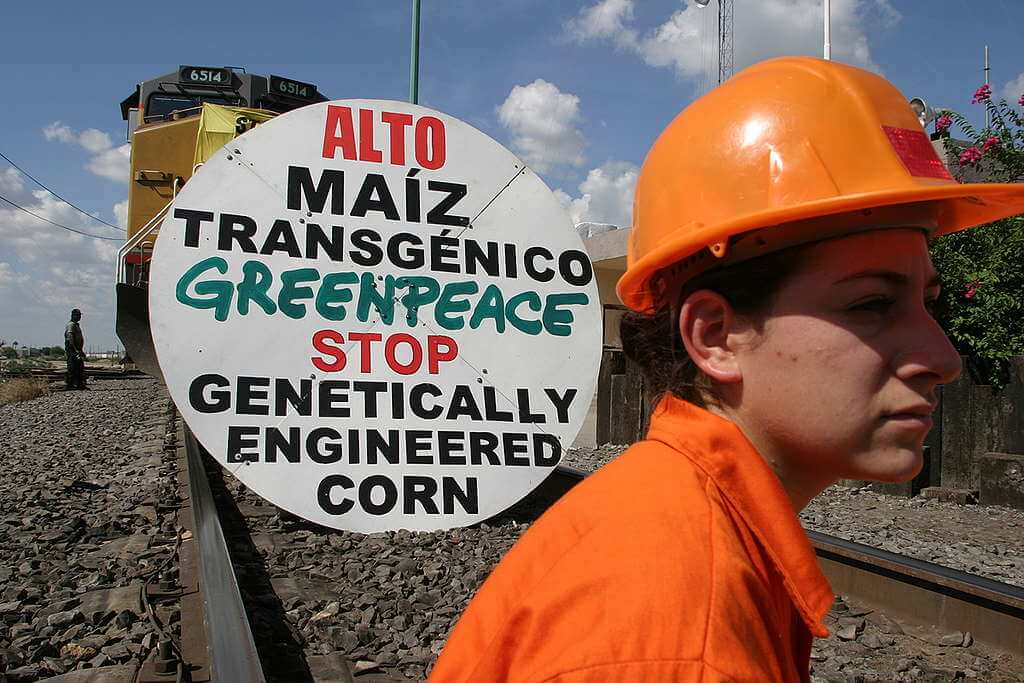 Over the last two years, the Mexican government has gradually ratcheted up its restrictions on vital technologies. According to the USDA’s most recent annual Global Agricultural Information Network (GAIN) report, Mexico has not approved any biotechnology food or feed products since May 2018. Additionally, in 2019, Mexico halted imports of the weedkiller glyphosate and rejected all new permit applications from farmers who wanted to cultivate glyphosate-tolerant GE cotton, the only genetically engineered crop planted in the country. The denial of cultivation permits and dwindling glyphosate stocks have resulted in an estimated 36 percent decrease in the area of GE cotton planted in Mexico in 2020, a tragic development in what had been a dramatic success story. Widespread GE cotton adoption helped save Mexico’s textile industry, which previously suffered the crushing effects of diminished crop yields caused by pink bollworm infestations. By incorporating GE seed as part of a bilateral agreement with the US, Mexico eradicated the stubborn pest from its farms.

Now it seems there is no place in the country for GE cotton, though it has a long safety record. The crop has not been officially banned, but the Secretariat of Environment and Natural Resources (SEMARNAT) has consistently rejected all applications to grow GE cotton since 2019, meaning that producers only have access to a few old GE cotton seed varieties that are not suitable for all growing areas. The USDA reported that additional GE cotton seed planting permits were requested for 2021, but SEMARNAT has so far issued no response to these applications.

The story is much the same for other crops. Existing restrictions on GE varieties in Mexico are the result of years of lobbying by regional and international environmental groups such as Greenpeace and the Organic Consumers Association. For years Mexican farmers successfully cultivated GE soybean, for example, but since 2013 no new applications for the environmental release of GE soybean have been approved, thanks to a strong environmental movement that pressures regulators to block access to the technology. This policy has made Mexico one of the largest importers of GE soybean worldwide.

The situation not only affects farmers and consumers but also crop scientists, who have had their hands tied by research funding cuts. This dearth of investment means that Mexico currently has no GE plants under development that would be commercialized within the next five years, according to the USDA.

Things got worse in early 2021. As part of the Lopez-Obrador administration’s goal to achieve food production self-sufficiency, the Mexican government issued a decree that banned genetically engineered corn cultivation and initiated a three-year phase out of imports. The decree also mandated a phase out of glyphosate over the same time period, though experts have said for decades the weedkiller is safe to use. 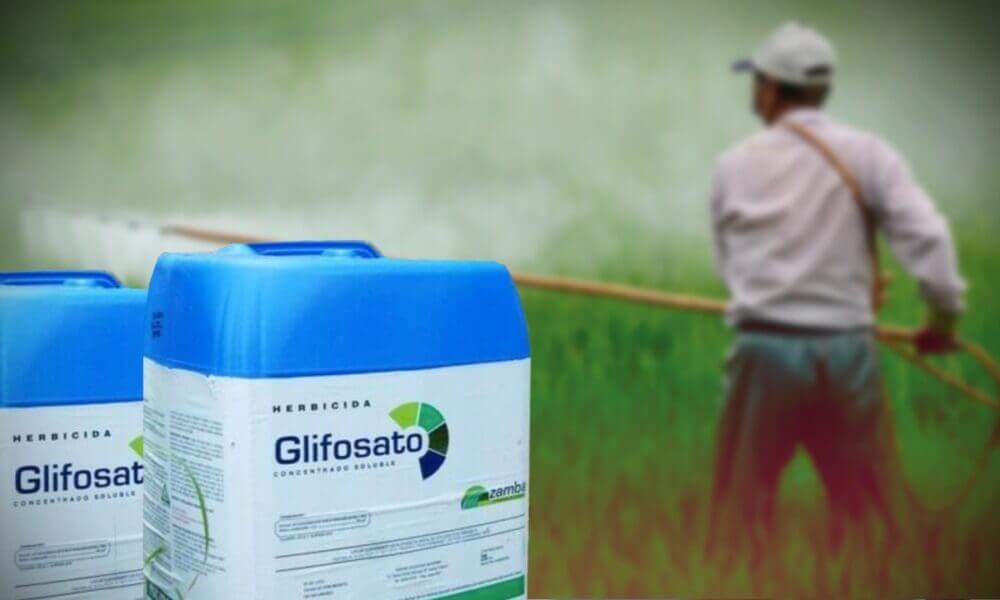 The organic industry eagerly welcomed this decree. “It’s a huge victory,” Homero Blas, head of Mexico’s Organic Producer’s Society, told Reuters, arguing that the ban would stop the contamination of native corn varieties and prevent the use of dangerous pesticides. These kinds of talking points resonate with the public, but that doesn’t make them true—Mexico already has rules to safeguard native corn varieties—nor does it negate the impact of the ban. Mexico relies on imports of yellow corn from the US to feed cattle, over 90% of which is transgenic (GE). In fact, Mexico was the top destination for US corn exports in 2019, receiving about $2.7 billion worth of shipments, roughly 18 million tons annually.

In an interview with Reuters, Laura Tamayo, spokeswoman for Mexico’s National Farm Council, summed up the frustration of producers around the country, declaring that “the lack of access to production options puts us at a disadvantage compared to our competitors, such as corn farmers in the US.” Additionally, she added, “the imports of GM grain from the US are essential for many producers in the agri-food chain.”

The key problem is that the decree doesn’t detail how Mexico might replace the imports. If GE technology is banned, there is no way to locally produce the corn that is usually imported. This shrinks the food supply and raises prices, ultimately punishing ordinary Mexicans who are trying to feed their families. As a result, Food processing reported, Mexican ranchers and other consumers of imported GM corn are trying to get the Mexican government to back off the ban.

Scientists like myself can’t help but take a cynical view of the situation. The glyphosate and GE corn bans take full effect in 2024, the same year that Mexican President Andres Manuel Lopez Obrador (AMLO) leaves office. He gets to take credit for “protecting” the environment and promoting food “self-sufficiency”; his successor gets to deal with the fallout of his policies. Experts have also pointed out that AMLO has prioritized investment in fossil fuels over renewable energy, and done little else to cut the nation’s carbon emissions.

These measures to ban GE corn (in addition to the current restrictions on GE crops in the country) and glyphosate raise further doubts about the president’s sincerity, since there is solid scientific evidence showing that biotech crops and glyphosate help reduce carbon emissions and promote sustainable farming in various ways, as was recently reported by science writer Mark Lynas. Referencing a Breakthrough Institute analysis, Lynas reported that “Europe’s refusal to permit farmers to cultivate genetically engineered crops led to avoidable emission of millions of tons of climate-damaging carbon dioxide, 33 million tons of CO2 per year.”

Legal challenges from Mexican farm groups and exporters who sell into Mexico may very well reverse the politically motivated bans. But the task should not have fallen to them. The proper role of every government is to promote the welfare of its citizens, and ensuring they have enough to eat is essential to that charge. Mexico could promote genuine food security and self-sufficiency by granting its farmers access to technologies that strengthen the food supply chain. Instead, the administration has been captured by anti-GMO activists who operate with little concern for Mexican farmers and consumers.