Lee Tan, a 41-year-old marketing professional and copywriter in Vancouver, Canada, was diagnosed with high blood pressure three years ago. “It runs in my family so I knew it was coming sooner or later,” she said.

Tan (not her real name) was put on a medication called Coversyl, a trade name for perindopril. When that didn’t work, the dosage was increased. And when that didn’t work either, she was put on Coversyl Plus — a combination medication containing both perindopril and indapamide. This was still not successful in lowering Tan’s blood pressure, so her doctor added a prescription for amlodipine, a calcium channel blocker used to treat high blood pressure and coronary artery disease. Coversyl and amlodipine, in combination, have been referred to as a “wonder drug cocktail for high blood pressure.”

Amlodipine is included in the World Health Organization’s List of Essential Medicines. Such medications are “considered to be the most effective and safe to meet the most important needs in a health system.”

But on the first day of taking amlodipine, Tan felt an overwhelming fatigue.

“I was incapable of anything more physical than going to the washroom,” she told the Genetic Literacy Project. “My body just felt so tired over the weekend I started taking it and I literally couldn’t get out of bed.” After a few days she scheduled an appointment with her doctor, who instructed her to stop taking amlodipine immediately.

In response to the medication, her blood pressure dropped dangerously low. This was a serious adverse reaction to amlodipine, which in some patients has resulted in death. Asked to put her experience on a scale of 1 to 10 (where 10 is nearly fatal), she said:  “I would give [the reaction] a 7 or 8.”

An adverse drug reaction (ADR) occurs when a medication has an unexpected, unwanted, and harmful effect on the patient, even when the medication has been prescribed and taken correctly — based on standardized guidelines. While some adverse drug reactions are caused by drug-drug interactions or allergic responses, the majority of reactions appear to be caused by genetic factors. And while normal genetic variation can cause an ADR in some patients, it can result in a medication having no effect in others.

According to the National Academy of Medicine, over 2 million serious ADRs occur every year in the US and account for around 100,000 deaths annually. If these estimates are correct, that would make ADRs the fourth leading cause of death in the US, ahead of pulmonary disease, diabetes, pneumonia, accidents and automobile deaths. And by some estimates, the cost of drug-related morbidity and mortality in the United States is $136 billion per year. This is more than the total cost of cardiovascular or diabetic care.

In Tan’s case, a specific underlying gene variant may have been at the heart of her severe reaction to amlodipine. Amlodipine is metabolized by CYP3A4, an enzyme that is encoded by the CYP3A4 gene and is involved in the metabolism of 30 to 50 percent of all prescribed medications.

Genetic polymorphisms — or variations — to the CYP3A4 gene are very common, and some result in the decreased function or even the complete loss of function of the CYP3A4 enzyme. In a 2014 research review, A. N. Werk and I. Cascorbi outlined evidence showing “that genetic variants in CYP3A4 significantly contribute to interindividual variability of metabolic activity.”

In the case of decreased function or complete loss of function of the CYP3A4 enzyme, amlodipine would not be cleared or metabolized quickly enough. This could lead to drug toxicity, when too much of a medication accumulates in the bloodstream and leads to increased drug action. Amlodipine toxicity, characterized by severe hypotension and shock, is the leading cause of drug overdose in the practice of cardiovascular medicine.

According to proponents of precision medicine, Tan’s amlodipine reaction could have been avoided if genetic testing had been done prior to prescribing medication for high blood pressure. If genotype testing had been incorporated into the current North American standard of care, and if a CYP3A4 genetic polymorphism is indeed to blame in Tan’s case, her doctor would have known to avoid prescribing any medication metabolized by the CYP3A4 enzyme.

As a result of the alarming frequency of adverse drug reactions and their tremendous burden on the healthcare system, huge efforts are being made to push precision medicine forward. Precision medicine is an “approach for disease treatment and prevention that takes into account individual variability in genes, environment and lifestyle for each person,” according to the Precision Medicine Initiative. Environmental and lifestyle factors include exercise and diet behaviors, stress levels, and exposure to environmental mutagens. All of these can modulate gene expression.

Traditional medicine is aimed at the average, and medication is given on a kind of trial and error basis. Several adjustments are often needed to both the medication and the dosage prescribed before optimal treatment is achieved. This can lead to a great deal of frustration for the patient, time wasted on doctor visits and follow-ups, and the risk of adverse reactions and even underdosing (in the case of rapid drug metabolism). 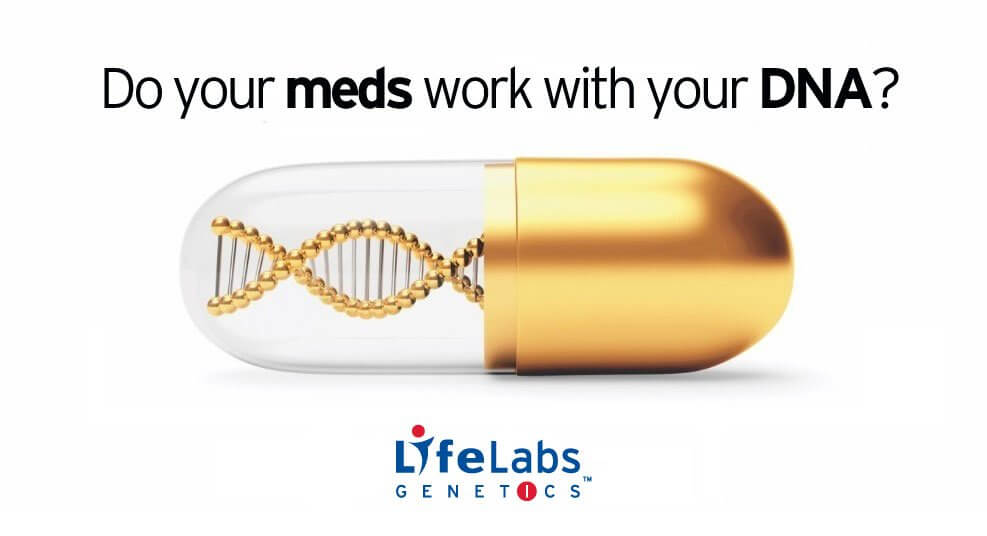 “Genome analysis can predict and avoid many of these adverse reactions or unproductive prescriptions, saving enormous amounts of money and making medication more personal and precise,” wrote John Stanley Mattick, Executive Director of the Garvan Institute of Medical Research, for The Conversation.

When precision medicine fully replaces traditional medicine and its familiar tendency towards crisis management, no two individuals will be treated the same even when their diagnoses are identical.

So what’s in the way of precision medicine becoming the official healthcare paradigm? Why isn’t a patient’s genetic information thoroughly reviewed before prescribing any medical treatment or intervention?

Many hurdles continue to stand in the way, such as the cost of large-scale genomic sequencing and ongoing gene discovery (required to continue identifying genetic polymorphisms that confer health risks), the complex logistics of data storage and access, as well as a sense of wariness that still dominates public opinion. Some fear privacy violations, insurance underwriting, and other forms of exploitation that may be introduced when precision medicine becomes the standard of care.

As for Tan, she thinks that the incorporation of genetic testing at the primary care level is the logical next step. “I do see great potential in the use of genomic sequencing, not just for preventing adverse reactions to medication but also the possibility of disease prevention as well,” she said.