The Institute for Agriculture and Trade Policy (IATP) is a non-profit research and advocacy organization that “works locally and globally at the intersection of policy and practice to ensure fair and sustainable food, farm and trade systems.” IATP has offices in Minneapolis, Minnesota and Geneva, Switzerland, and operates both locally and internationally. The group campaigns against genetically engineered food, sometimes in partnership with anti-GMO groups such as the Organic Consumers Association, Friends of the Earth, the Center for Food Safety, and Pesticide Action Network.

Recently, the group has attacked “new genetic engineering techniques” such as CRISPR gene editing. In a May 2018 article, IATP Senior Policy Analyst Steve Suppan on the group’s website claimed that “new GE techniques result in hundreds of unintended mutations, some beneficial, some neutral and some harmful.” Suppan said that risks include “increases in plant toxins; deficiencies in proteins important for nutrition and plant disease defense; increases in allergens; increases in a plant’s invasive capacity; disruptions of genetic expression, which may “silence” a gene for generations with beneficial, neutral or harmful effects; and positional changes in genes that impact ecology without being evident in the GE derived product.”

IATP filed comments to the USDA’s proposed national bioengineered food standard rule, including labeling of genetically engineered foods, arguing that new breeding techniques (NBTs), which are mostly cisgenic and usually do not involve moving genes between species, should be subsumed under regulations of transgenic GMOs set up more than 30 years ago.

The definition of bioengineered should be consistent with the Codex Alimentarius Commission definition of modern biotechnology, which clearly subsumes the new techniques, such as TALENS and CRISPR-Cas9. The proposed rule is also inconsistent wit international norms and will promote trade disputes. Other countries do not limit disclosure to whole foods and neglect to inform consumers of GE ingredients such as corn syrup, corn starch and oils. 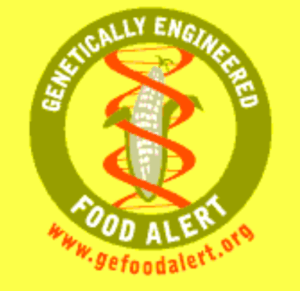 This view contrasts with the scientific consensus that genetically modified foods are as safe or safer than conventionally bred crops. More than 280 independent science organizations from around the world have concluded that foods grown from genetically engineered seeds pose no unique health concerns. More 110 Nobel laureates issued a joint communique in 2012, stating: “Scientific and regulatory agencies around the world have repeatedly and consistently found crops and foods improved through biotechnology to be as safe as, if not safer than those derived from any other method of production.”

CRISPR gene editing and other New Breeding Techniques have been widely hailed by scientists as a faster, cheaper, safer and in many cases a more sustainable form of crop breeding, and without the stigma of transgenic GMOs. These methods allow scientists to make targeted changes to a plant’s genome usually without inserting DNA from other species. This contrasts with conventional breeding, both GMO and non-GMO, which results in thousands of unintentional changes. 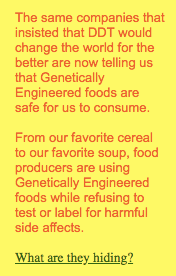 In 2015, IATP Senior Staff Scientist M. Jahi Chappell wrote on the group’s website that “Genetically modified food is the wrong answer to the wrong question.” He argued that genetic modification introduces “new techniques and new risks that could produce unforeseen harm to people and the environment without much more careful scrutiny across our food system.” Chappel said GMOs don’t help small farmers and exact “huge costs on the environment and human health.”

These statements contrast with the scientific consensus that GMO crops are safe for human health and often more sustainable than conventional crops, including organic crops. In addition, although not without ecological impacts, the sustainability issues associated with GMO crops often have been misportrayed by anti-GMO advocacy groups. While cropland inherently has less biodiversity than wild lands, GMO crops increase yields, meaning that less land is required to grow the same amount of crops as conventional and organic varieties. This means that more wild land can be preserved. GMO crops have also resulted in a net decrease in the use of more toxic pesticides. The use of insecticide-resistant Bt technology has led to a decrease in the spraying of toxic chemicals by 85-95% as compared to conventional and organic farms.

Many small-holder farmers around the world have benefited from GMO crops, with more than half of the global economic benefits from GMO crop adoption going to developing countries. These crops have also lead to decreased pesticide use, benefiting human and animal health. The assertion that GMO crops saddle small-scale farmers with debt has been thoroughly debunked.

IATP was founded in 1986 by Mark Ritchie, then a trade policy analyst for the state of Minnesota who later served as the state’s Secretary of State from 2007 to 2015.

In 2000, IATP, along with six other groups, Iaunched the Genetically Engineered Food Alert to challenge the use of genetically engineered crops in food. The other groups include anti-GMO groups Organic Consumers Association, Friends of the Earth, the Center for Food Safety, and Pesticide Action Network.

In 2015, IATP joined a friend of the court brief in a WTO dispute over the EU’s system for regulating GMOs.

IATP does not publicly reveal its sources of funding.