This article or excerpt is included in the GLP’s daily curated selection of ideologically diverse news, opinion and analysis of biotechnology innovation.
Africa’s cotton farmers are struggling to recoup their investments because they lack access to quality seeds that can increase yields and profits.

“I have spent about N5 million, an equivalent of over US$12,000, in farming in the previous season and I am worried if I’ll be able to make enough profit to cover my investment,” lamented Alhaji Salmanu Abdullahi, a cotton farmer in Nigeria.

Abdullahi and other cotton farmers say that despite all their efforts, they’re harvesting less than half a ton per hectare. Meanwhile, their South African counterparts are getting 1.5 to 2 tonnes per hectare by using genetically modified insect-resistant seeds (Bt cotton).

In an effort to help its farmers increase yields, the Nigerian government recently approved the commercial release of two of its homegrown Bt cotton hybrids. It has also approved the cultivation of Bt cowpea, a staple crop that is an important source of protein for many West Africans.

With its massive population of over 200 million people, many African countries look to Nigeria for leadership. Experts have postulated that Nigeria’s success in adopting two genetically modified (GM) crops will open up the entire African continent to accepting agricultural biotechnology.

South Africa, Sudan and eSwatini are the only African nations, apart from Burkina Faso, to introduce GM cotton so far — a move that has increased yields and improved the lives of cotton farmers through reduced pesticide use and higher profits. Ethiopia has also approved the environmental release of Bt cotton as part of the regulatory process that leads to commercialization. 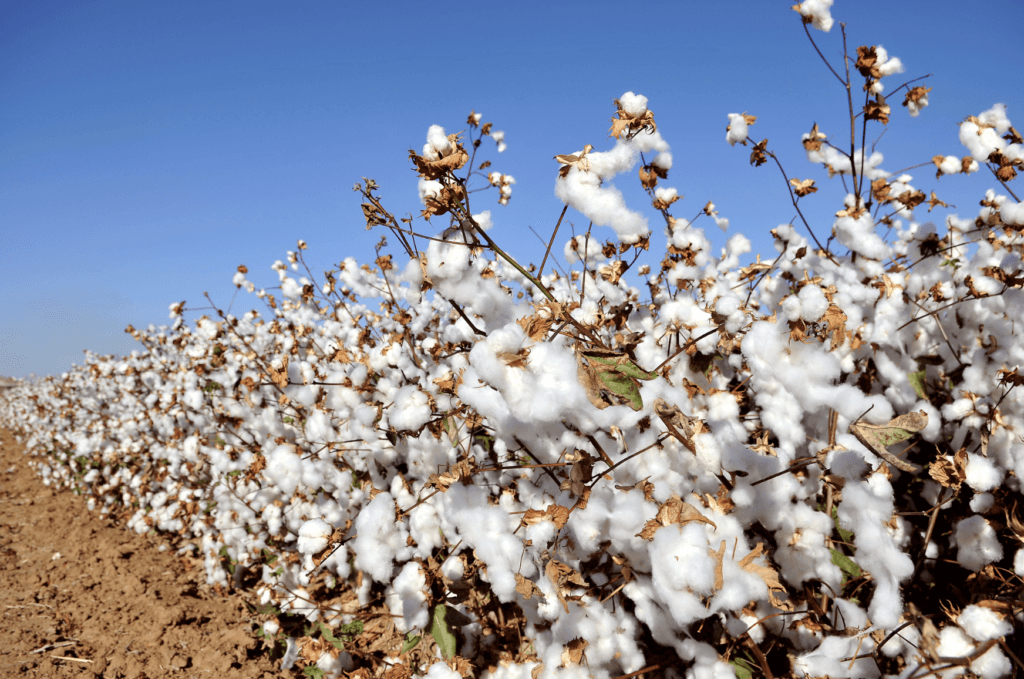 While Ghana, Uganda, Kenya and Malawi growers have also been testing Bt cotton and are working toward its commercialization, they say Burkina Faso’s experience has made them more cautious. Nigerian scientists, however, say they learned from Burkina’s mistakes.

Cotton cultivation in Burkina Faso goes back to 1924, when it was identified as a key agricultural opportunity in several countries of the Sudano-Sahel zone. Cotton was the most important cash crop in Burkina Faso, earning the nickname “white gold” long before gold mining came to the forefront in recent years. Burkinabe cotton fetched top prices because its high-quality fiber lent a luxurious sheen to clothing and bedsheets. But pests – bollworms – were threatening the crop.

In 2003, Burkinabe researchers began testing the Bt cotton that was being grown in the United States. It is engineered to include genes from a naturally occurring soil bacteria, Bacillus thuringiensis, which is used as a pesticide in organic farming. The researchers quickly confirmed that Bt cotton is highly effective in controlling bollworm, a pest that can decimate up to 90 percent of a cotton field if left unchecked. Burkina Faso farmers agreed to a trial and the country introduced seeds with the gene in 2008.

The resulting cotton was pest-free, and the harvest more abundant. By 2015, three-quarters of Burkina Faso’s cotton production was GM, and it became a showcase for the technology among smallholders in Africa. From 2008 to 2015, delegations from at least 17 different African nations visited Burkina to see it.

However, Burkinabe cotton companies began expressing concerns that because the fiber was shorter than other varieties, it couldn’t fetch premium prices on the international market. In 2016, the government suspended the production of Bt cotton while its researchers worked on introducing the Bt gene into local varieties with longer fibers.

In the years that followed the phase out, cotton production has been on a downward slide, causing Burkina Faso to lose its top place in the cotton growing index to Mali.

On the flip side, South Africa has maintained steady benefits since adopting Bt cotton in 1997. The country has witnessed an upward surge in the planting of Bt cotton, with farmers now also choosing to grow varieties that offer both insect protection and herbicide tolerance traits.

GM varieties now comprise 95 percent of the cotton planted in South Africa, and statistics show that virtually no conventional cotton is grown.

Despite higher seed costs, the impressive adoption rate of GM cotton in South Africa can be attributed to the benefits that both large- and small-scale farmers enjoy. These include higher profits due to better yields and less pesticide spraying, which cuts costs and contributes to improved human and environmental health.

The South African government has been very supportive of GM crops by putting in place the biosafety legislation needed to manage and regulate the biotech industry.

Meanwhile, though Burkina Faso set a production target of 800,000 tonnes for the 2018-19 cotton season, the country produced just 436,000 tonnes. Farmers say they are suffering because they lack access to Bt cotton.

“Farmers are paying the price for that decision with their health and money,” Burkinabe cotton farmer Wiledio Naboho told the Alliance for Science.  “As a farmer, I know the suffering that we are passing through. It’s not easy. Right now, I’m in the village farming. You can see how farmers are suffering.

“You have to use more money,” he continued. “You have to also use more people [paid labor for pesticide application] if you want to have a big land. And at the end of the day, when you sit down and make your calculation, you may come and see that you didn’t get more money.”

By comparison, Khambi Frans Malele, a middle-aged South African farmer, is looking for more partners to expand his Bt cotton farm. He wants to make a bigger investment in growing cotton because of the enormous gains that can be realized. He is currently mentoring young people to join the trend of planting Bt cotton because “it is the way to go.”

“I left my job 1999,” Malele said. “And so, I have been farming and luckily, I’ve got this technology, biotechnology, and as you can see cotton is not difficult to plant. Once you plant it, you’re not worried about the weeds. You spray just once or twice and go your way.

“So far, I am on 150 hectares that I am operating around here,” he continued. “I only plant cotton now. I am not talking only about me right now because we are 10 farmers. Those who really want to do this business, they see that it works and so I am no longer by myself here. When you plant the cotton, you’re quite sure you’re going to harvest.  During the good season we harvest about 1.5 to 2 tonnes per hectare, which I think is alright.”

Lessons for Nigeria and other African countries

Burkina Faso’s experience has made Nigeria more careful in its Bt cotton seed development, with scientists stressing Nigeria will not repeat Burkina’s mistakes.

The Nigerian seed was developed in India, so it’s suitable to Nigeria’s climate, and involved no backcrossing, which is where Burkina Faso ran into trouble.

“We did all we can to improve our local cotton seed,” Sagir said. “Our researchers did well. We know that there were challenges on Bt cotton in Burkina Faso, but we evaluated our own products to overcome these challenges and use Bt cotton to boost the economy.”

Nkechi is a deputy editor with Leadership Newspaper, a national publication headquartered in Abuja, Nigeria. She frequently covers biotechnology and biosafety issues. Follow her on Twitter @enkaybc