What’s the controversy over ‘terminator’ seeds? 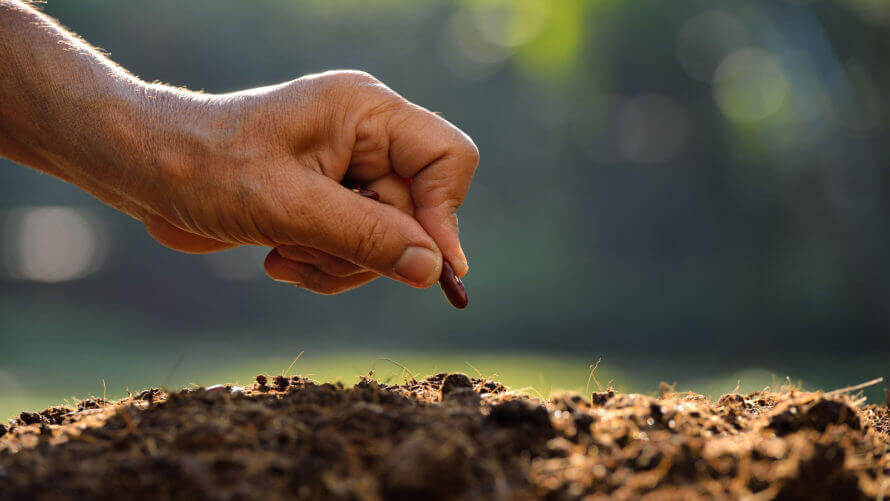 Monsanto has never commercialized a biotech trait that resulted in sterile — or "Terminator" — seeds. Sharing the concerns of small landholder farmers, Monsanto made a commitment in 1999 not to." commercialize sterile seed technology in food crops.
—Monsanto
Terminator seeds are genocide seeds. We have pride in being one more step forward in our struggle but we will not stop until Terminator is banned from the face of the earth.
—Francisca Rodriguez, anti-GMO group Via Campesina

Terminator is the popular name given to the Genetic Use Restriction Technology (GURT) that essentially shuts off the reproductive abilities of seeds, making second generation seeds sterile. According to many blog posts on anti-GMO websites, genetically engineered seeds are sterile due to agro-corporations developing terminator genes, which force farmers, particularly in the developing world, to buy seeds from one season to the next. In fact, the most controversial patent is shared by the US Department of Agriculture and no GMO seeds are sterile. The patents related to GURT have expired.

The technology was never commercialized. In 1999, Monsanto issued a pledge, reaffirmed numerous times, not to introduce seeds with this trait. In the face of a worldwide moratorium on terminator seeds adopted in 2006, Monsanto and other companies pledged to not use GURTs. However, these companies have continued to develop new patents, based on the technology, that could track or prevent seed piracy.

In a twist, terminator technology also has potential positive applications, such as to prevent cross pollination (‘contamination’), which has made it appealing to some organic farmers and advocates. It would ensure that GMO plants survive only for one planting and would alleviate some environmental concerns.

GURT was developed in the 1980s and first patented in the early 1990s by Dupont and a company now owned by Syngenta. Early patents on ‘gene-use restriction technologies’ later rebranded as ‘terminator’ technology by activists opposed to them described a genetic modification that switched a trait on or off. These were not controversial at first, as they focused on resistance to a particular herbicide.

One application of the technology focused on switching on production of a toxin that would kill off developing plant embryos. The result: a seed that could be harvested for food but would not produce offspring. It became a public issue in 1995, and became known as “Terminator technology,” when the USDA and a small seed company, Delta and Pine Land Company (acquired by Monsanto in 2007) sought a joint patent on a ‘genetic switch’ designed to protect the unauthorized use of second generation seeds.

Luca Lombardo, an agriculture professor at the University of Basilicata in Italy, explains the intent of the USDA’s version of GURT:

Willard Phelps, official spokesman of the U.S. Department of Agriculture (USDA), in an interview with New Scientist (March 29, 1998) declared that: ‘Our system is a way of self- policing the unauthorized use of American technology. It’s similar to copyright protection’, adding that: ‘This technology is designed to increase the value of proprietary seed owned by US seed companies and to open up new markets in Second and Third World countries’. His words were echoed by Melvin J. Oliver, inventor of the technology, who, in March 1998, said: ‘My main interest is the protection of American technology. Our mission is to protect US agriculture, and to make us competitive in the face of foreign competition. Without this, there is no way of protecting the technology. 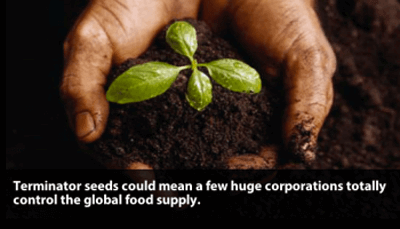 News of the technology ignited a firestorm of opposition around the world, with opponents (who coined the “terminator” name) claiming it was yet another way for large agriculture firms to gain control over the world’s food supply. The strongest criticism revolved around the potential impact of the technology on small farmers in third world nations, where seed saving and planting remains a common practice because of the higher cost of more technologically advanced seeds that yield much more. This differs substantially from modern agriculture operations, which prefer hybrid seeds bred for specific traits that aren’t guaranteed to be passed on to their offspring. Several analyses examined the impact that GURTs might have in developing countries, predicting it could “increase the polarization between commercial and subsistence farmers, as well as between developed and developing regions and societies” (here and here and here).

The scope of the problem is unimaginably vast: More than 1 billion people rely on saved seed in developing countries each year. Two-thirds of the population of sub-Saharan Africa subsist on small, low-production farms. Critics contend that once terminator technology takes hold, it will become tied to every other improvement in plant development, so farmers who are unwilling or unable to pay for new seed will be stuck with outdated, inferior varieties.

“It’s climb on the terminator platform, or stay on the sidelines with your old technology and hope you survive,” says Pat Mooney, executive director of the ETC Group, an advocacy organization in Winnipeg, Manitoba. Even if terminator-seed purchases are subsidized, he says, dependence on them could become devastating.

If Terminator is commercialized, corporations will likely incorporate sterility genes into all their seeds. That’s because genetic seed sterilization would secure a much stronger monopoly than patents, instead of suing farmers for saving seed, companies are trying to make it biologically impossible for farmers to re-use harvested seed.

In the wake of the backlash, seed companies pledged to withhold the technology from commercial applications. Monsanto was among those companies, making a commitment in 1999 not to commercialize sterile seed technology.

But in 2006—as Monsanto was in the process of buying Delta and Pine Land Company— critics accused the St. Louis company of revising its pledge to only apply to food crops, leaving open the possibility of using the technology on tobacco or cotton.

Although “terminator seeds” have never been planted anywhere in the world, the myths surrounding GURT have been weaponized by GMO opponents to stop developing countries from researching and cultivating disease-resistant and vitamin-fortified crops, innovations that have nothing to do with GURT. This campaign represents a serious threat to farmers and consumers in India, Africa and southeast Asia, biologist Mary Mangan has explained:

And here’s where the real sadness of the story arc comes in: the lies, distortions, and conflations about this patent have been used to prevent farmers from utilizing tools of modern agriculture that could increase their yields, improve their health by reducing pesticide use and increase food security in their communities …. These applications have nothing to do with GURT, and spreading terminator seed propaganda to keep them off the market would be harmful to local scientists, farmers and consumers.

While critics point to the potential negative impact of this technology on seed-saving farmers, there are benefits that could be gained through the use of this technology. Terminator technology could guarantee that GMO seeds would not spread to neighboring fields, what’s known as cross pollination, often framed as ‘contamination’ by organic farmers and GMO critics. Wrote Heidi Ledford in Nature:

More recently, terminator technology has begun to look more appealing to environmentalists. Organic farmers want ways to keep genetically engineered crops from contaminating their fields, and food-safety groups are concerned about contamination of food crops with products from a new generation of crops engineered to produce chemicals or pharmaceuticals. By ensuring that genetically modified plants survive for only one planting, “that technology would have alleviated a lot of environmental concerns”, says Christopher Holman, an intellectual-property specialist at the University of Missouri-Kansas City School of Law. 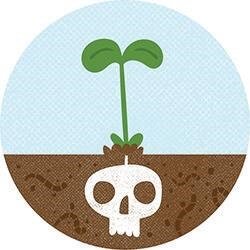 There are also potential pharmaceutical uses for the technology, including the development of “bioreactor” plants modified to produce vaccines or to serve as diagnostic tools. Mark Lynas, a visiting fellow at Cornell University and Lucia de Souza, plant biologist and vice president of the Brazilian National Association of Biosafety wrote:

A continued ban on GURT may sound sensible and precautionary, but could harm our potential to develop lifesaving vaccines and environmentally beneficial crops. Scientists should be allowed to conduct research, and society can later decide — through open, inclusive and democratic debate — how or if these technologies are later deployed more widely.

More than 30 years after its development, so-called terminator seed technology has never been introduced commercially and the original patents behind the technology have expired. And while it is unclear if that will ever change, biotechnology firms have not entirely given up on it. Layla Katiraee, molecular geneticist, wrote:

The number of patents on GURTs by public and private institutions/companies has not ceased, suggesting that companies are still seeking the “development of alternative strategies to prevent the unauthorized use of patented seeds and plant varieties.

There is also a chance that Brazil will become the first nation to allow the limited use of terminator technology within its borders.

There are alternatives to making sterile seeds. University of Florida horticulturalist Kevin Folta has written that hybrid seeds, favored by most farmers, already perform a similar function:

However, if a farmer were to save seeds from the hybrid the genetics would scramble again. The next generation would produce plants where there was no genetic uniformity. Most plants would have deleterious traits, maybe poor resistance to disease, bad yield or unmarketable corn quality. So in all fairness, hybrids are also functionally “terminators” in that they require the farmer to repurchase seeds every year.

Another approach would be to switch off the transgene of interest in seeds, so that they could grow into new plants but would not pass on the benefits of the engineered trait. Synthetic Biology company Ginkgo Bioworks uses another strategy it calls “gene-guard technology.” It places the transgene under the control of a switch that must be activated by a proprietary chemical that gives companies control over the engineered trait by forcing buyers to return each year to purchase the chemical.