How are governments regulating CRISPR and New Breeding Technologies (NBTs)? 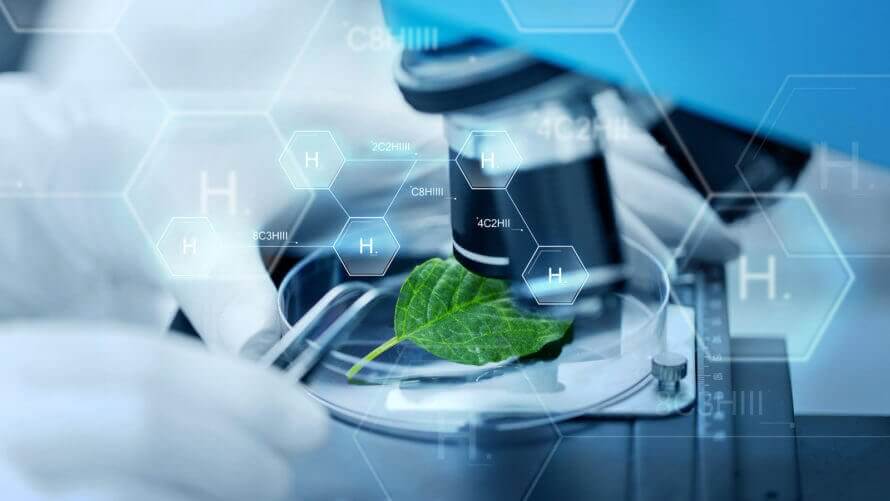 Using CRISPR-Cas9 we can create a plant that in ALL aspects is identical to one that is not considered to be a GMO.
—Stefan Jansson, plant professor at UmeÃ¥ University, Sweden
We are at a crossroads. The new methods known as genome editing have huge potential for radical changes of the genome. We do not have the experience to declare these products safe.
—Christoph Then, Testbiotech

Rapid advancements in the field of biotechnology have left governments around the world scrambling to figure out how, or if, new breeding technologies (NBTs) should be regulated. Much of the criticism of GMOs, and much of the regulation developed 20-30 years ago, focused on transgenics in which genetic material from unrelated species are added to create new traits in a plant or animal.

Newer breeding techniques offer scientists an easier way to do cisgenic breeding involving no “foreign” DNA allowing the development of new plant and animal varieties. NBTs like CRISPR/Cas9, TALENs and ZFN do not fit neatly into the GMO definitions crafted by the various regulatory agencies around the world. Its proponents say gene editing is similar to mutagenesis, which is not regulated (there are hundreds of mutagenized crops sold as organic), but faster and more precise. The regulatory process remains fluid. The US Department of Agriculture determined in April 2016 that it would not regulate a mushroom and a new type of corn genetically modified with the gene-editing tool CRISPR—Cas9, making them the first CRISPR-edited crops to be approved by the US government. According to the agency’s Animal and Plant Health Inspection Service (APHIS), these crops and about 30 other plants they’ve reviewed do not qualify as something the agency must regulate. (Once a crop passes the USDA reviews, it may still undergo a voluntary review by the US Food and Drug Administration.)

Biotechnology critics call NBT’s “hidden GMOs” and examples of “extreme engineering”, and are pushing to regulate them under a general GMO umbrella, while biotechnology supporters believe that regulating them as GMOs would cripple innovation.

The non-browning Arctic Apple was made through a process called gene silencing turning down the expression of an enzyme that causes browning. Simplot’s Innate potato was developed using a similar silencing approach, using DNA from a wild potato relative to stimulate RNA interference, which silences the genes related to the expression of black spots and reduces the amount of the chemical that leads to the production of potentially harmful acrylamide.

Both innovations were developed in a few years at minimal cost and sailed through the regulatory process. The newly approved products were also a milestone in the agbiotech industry because they were developed by companies outside the small club of multinational corporations that dominate the biotech crop market.

The approvals raised hackles with GMO critics. Doug Gurian-Sherman, scientist with the Center for Food Safety, said more research is needed to determine if the silencing processes are safe for human consumption or might cause ecological mischief.

The majority of the mainstream science community disagrees. “From a regulatory standpoint, the potato is about as safe as you’re going to get,” says Alan McHughen, a biotechnologist at the University of California, Riverside. “They are incapable of escaping and becoming wild weeds, or cross-pollinating with other potatoes.”

The NBT techniques under evaluation:

Government agencies are facing fierce lobbying pressures from both sides about whether and/or how to regulate NBTs. Because no DNA from other species has been introduced, many scientists and regulators believe these technologies should be treated no differently than conventional breeding that has been taking place for centuries.

There has even be some discussion that NBTs could be embraced by organic farming.

Government’s around the world are just beginning to address this conundrum. Argentina announced in 2015 that edited plants fall outside their GMO legislation. Canada currently does not rely on a GM/non-GM distinction and considers NBTs to be adequately covered by its domestic legislation and regulation.

In 2015, the Swedish Board of Agriculture ruled that some plants developed through CRISPR did not fall within the European Union’s definition of a GMO. The decision was hailed by Stefan Jansson, at Ume University, which sought the clarification:

What we now have done pinpoints the problem; using CRISPR-Cas9 we can create a plant that in ALL aspects is identical to one that is not considered to be a GMO.Common sense and scientific logic says that it is impossible to have two identical plants where growth of one is, in reality, forbidden while the other can be grown with no restrictions; how would a court be able to decide if the cultivation was a crime or not? But regulatory logic is not necessarily the same as scientific logic, and it is therefore important that the Swedish Board of Agriculture has interpreted the definition in this way.

Supporters of these techniques are pushing for a regulatory system that focuses on the final result known as “product” based regulation rather than the “process” used to get there. The United States leans toward a product-based system while European regulation is more focused on regulating the process. Many scientists also worry that development and acceptance of new products could be hampered by the political stigma associated with GMOs.

It remains to be seen whether the European Union, which is generally hostile toward GMOs, will agree with this limited ruling. Regulators were expected to issue a ruling by the end of March 2016, but said a decision has been delayed. Opponents, like Greenpeace, contend that NBTs fit under the World Health Organization’s GMO definition, which includes things created “in a way that does not occur naturally by mating and/or natural recombination.” It contends:

“Gene editing techniques can still display unexpected and unpredictable effects, which can have implications for food, feed or environmental safety. If these new techniques were to be exempted from the EU’s regulations for genetically modified organisms (GMOs), there would be no requirement to detect and assess such unintended changes or to assess any potential negative safety effects. Also, there would be no requirement to make the products traceable and label them as GMOs. The GMO regulations in the EU must be interpreted in their intended sense, to encompass all modern biotechnological processes that directly modify genomes.”

The United States is reevaluating the way it regulates products created through genetic engineering, collectively are known as the Coordinated Framework for Regulation of Biotechnology. In its decision in April 2016 to approve its first CRISPR edited food, a non-browning mushroom, USDA wrote. “APHIS does not consider CRISPR/Cas9-edited white button mushrooms as described in your October 30, 2015 letter to be regulated,” the agency wrote in a 13 April letter to the developing scientist. It also chose not to regulate a strain of his-yield way corn created using CRISPR by DuPont Pioneer.

Future products, depending on the individual circumstances, could still be handled by a patchwork regulatory net involving the Environmental Protection Agency, Food and Drug Administration and the Department of Agriculture. The problem is that the U.S. is trying to do this with laws written in the 1950s and re-interpreted in the 1980s that were not designed to deal with modern genetic modification. Essentially, they only cover crops engineered with Agrobacterium tumefaciens, a bacterium used to insert DNA into plant genomes.

That has created challenges for regulators when it comes to examining crops made through newer technologies. For example, Scotts Miracle-Gro has engineered new grasses using a gene gun, which fires DNA-coated gold particles in a target plant’s cells. That new DNA can be incorporated into the plant’s genome. The Department of Agriculture says it has no jurisdiction over the grasses made this way, since the process does not rely on Agrobacterium tumefaciens infuriating critics.

Decisions on how these new breeding technologies will be regulated could have far-reaching implications for the biotechnology sector and the world’s food supply. Among the benefits of new techniques like CRISPR is that they are a less costly research alternative, particularly when compared to traditional GMOs, which require years of research, testing and trials before hitting the market. Maywa Montenegro, food systems researcher at the University of California, Berkeley, has written about the promise and potential pitfalls of CRISPR:“CRISPR is giving us a rare opportunity, then, to escape GMO definitions stuck in the 1980s and begin treating agriculture and food as the complex systems they are. It invites us to update biotech governance to include expertise from a wider public and range of sciences. We’ll need to consult not just geneticists but also ecologists. Not just natural scientists but social scientists. Not just scientists, but farmers, consumers, seed producers and workers across the food chain.”