GMO FAQ: Why are many cheeses, wines, beers, vitamins and oils made with GMO ingredients labeled or banned in some jurisdictions and not others? 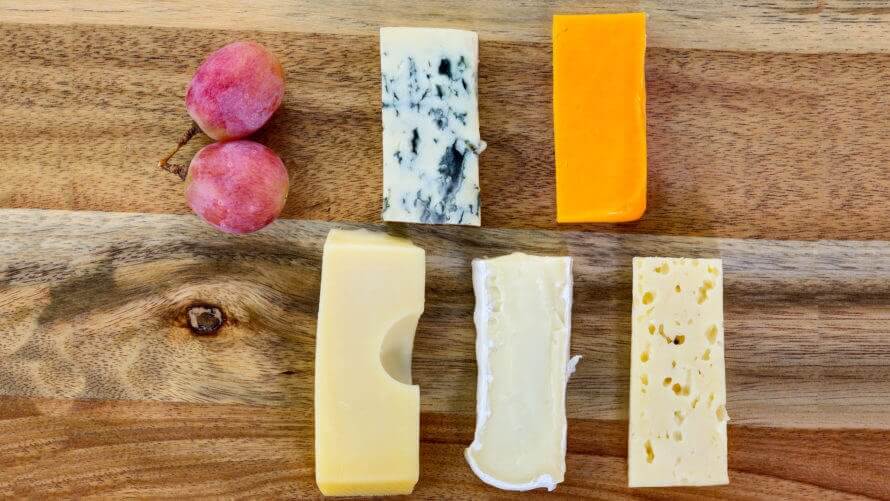 Genetically modified bacteria and yeasts are ... critical to the production of some foods, including many wines and cheeses.
—Brooke Borel, Popular Science
From cereal and crackers to baking mixes, veggie burgers, and even milk and cheese, GMOs have infiltrated our grocery aisles largely without much study into their long-term health effects on our bodies.
—Care2 Healthy Living

A variety of popular foods contain enzymes, additives, flavorings and vitamins that are made with the help of genetically engineered microorganisms. The list of goods that contain these GMO-derived ingredients includes beer, wine and other alcoholic beverages; cheese and some milk products; baked goods, some juices; and many others.

Ninety percent of cheeses and almost all hard cheeses are produced with an enzyme called chymosin that is generated by genetically modified bacteria, known as fermentation-produced chymosin, or FPC. For many years, milk in the United States was produced by cows treated with rBST, a naturally occurring hormone researchers began producing in genetically engineered microbes in 1985. And in the near future, beers may get their “hoppy” flavor from GE yeast instead of actual hop flowers.

The final products made from these substances usually contain no genetically engineered material by the time they reach grocery store shelves. Food safety regulators say that these products are substantially equivalent to foods made without the assistance of genetic engineering. Despite those two important facts, there is disagreement about whether to label foods made from GE-derived ingredients that don’t actually contain any genetically modified material. The US does not; many European countries do; the organic industry guidelines are contradictory.

There is no objective, scientific guidance on whether to regulate GMO-derived ingredients. Instead, these policies are driven by ideological and economic concerns that result in contradictory standards that convey nothing about the safety of the products themselves.

Regulating and labeling GE food ingredients might seem like a straightforward process, but it’s not. Organic food advocates have taken contradictory stances on food ingredients made from GMOs. Under the USDA’s National Organic Program (NOP), organic breakfast cereals, for example, may contain vitamin A processed from soy, nearly all of which is genetically modified in the United States, and vitamin C from GMO corn. The NOP has been criticized for this allowance by anti-GMO activists and organic purists. The popular website Organic and Non-GMO report complains that the policy is “ambiguous”:

Contradictions abound. The USDA allows vitamins made from GMO corn and soy in its certified organic products, but the agency’s certified organic cheeses are not permitted to contain enzymes produced with genetic engineering. USDA policy stands in contrast to the more science-based regulations on GE cheeses issued by the Food and Drug Administration and most food regulators around the world: Harvard’s Kevin Bonham:

Most regulatory agencies don’t consider chymosin an ingredient. And in any case, purified chymosin from E. coli is chemically indistinguishable from that taken from calves. And [this] goes beyond cheese, the FDA has approved over 30 recombinant enzymes for use in food production. 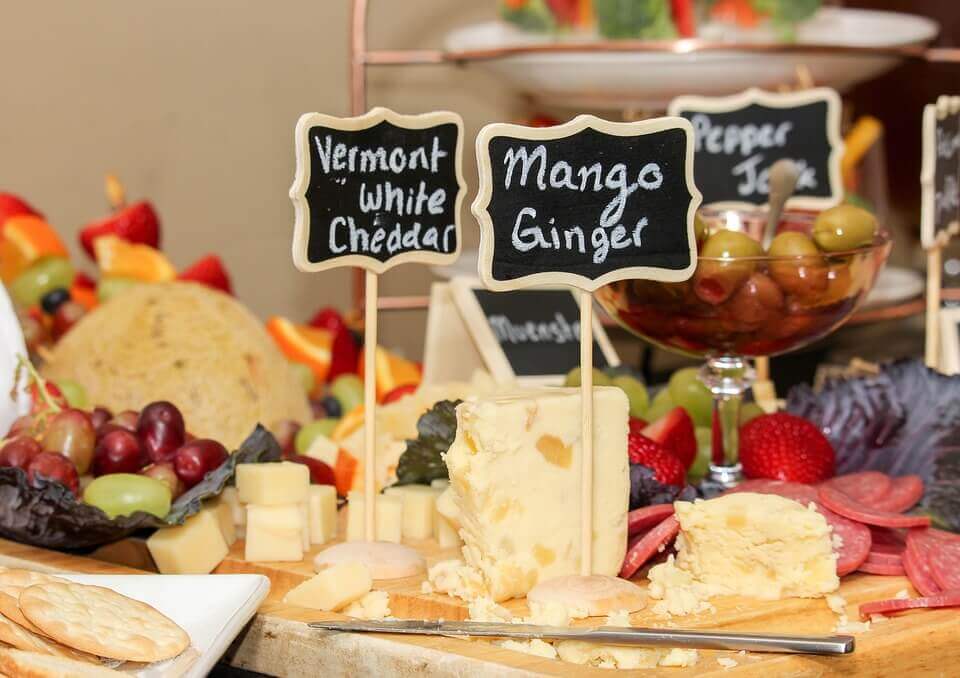 Vermont, the only US state to pass “right to know” GMO labeling legislation, in 2014 (subsequently superseded by the federal labeling regulations), and a major cheese producer, exempted its dairies from putting a GMO label on cheese produced with fermentation-produced chymosin (FPC) after lobbying from its influential dairy industry. Clarifying Vermont’s policy, the state’s attorney general wrote:

[Animal foods could be considered GMO-free] “regardless of whether the animal has been fed or injected with any food, drug, or other substance produced with genetic engineering,

Similarly, Germany doesn’t require foods produced with genetic engineering to be labeled as GMOs, however these products cannot be labeled non-GMO either, even if the final product contains no GE material. CHR Hansen, a Danish company that manufactures dairy enzymes, pointed out:

[C]are needs to be taken with regards to the labeling of the final food products, as in some countries local laws or voluntary standards limit the use of enzymes produced with GMO. One example is the ‘Ohne Gentechnik’ which does not allow the use of GMO produced enzymes according to the German legislation.

The Non-GMO Project, a multi-million dollar food certifying nonprofit that sells its non- GMO butterfly label to food manufacturers classifies all food ingredients derived from genetically modified sources as “high risk” (without citing any evidence). It requires that all products it certifies be made exclusively from “non-GMO” ingredients.

Anti-GMO blogger Vani Hari (the “Food Babe”) takes a similar stance. Warning about “shocking ingredients” like sugar made from GE corn used to brew beer, Hari wrote, “GMOs have not been tested long term on human beings and are linked to inflammation, cancer and other diseases.” Contrary to the Food Babe’s concerns and the Non-GMO Projects implied warnings, corn syrup is just sugar, chemically identical to the table sugar sucrose made from non-GMO sugar cane. Many “GMO-free” beers contain sucrose in the form of cane sugar.

Although the Non-GMO Project and the Food Babe don’t make exceptions for products made with GE enzymes and similar ingredients, their more stringent definition of “GMOs” is still arbitrary and unscientific. Harvard University microbiologist Kevin Bonham:

Groups like the [Non-GMO Project] reject the use of [genetically engineered] enzymes, but go even further. Bafflingly, they even oppose the use of recombinant proteins to make small molecule compounds like citric acid, claiming they pose “GMO risk.” This term is meaningless – are they saying a chemical compound can somehow have memory of where it came from?

These clashing policies make clear that ideology and economics drive the decision to treat food ingredients as GMOs. Vermont’s dairies produce $1.3 billion worth of products each year, so the state had a financial incentive to allow its cheese producers to use fermentation-produced chymosin. FPC is less expensive than the same enzyme obtained from the stomach lining of an unweaned calf.

In contrast, the Non-GMO Project, which certifies $11 billion worth of products annually, has an incentive to market its subjective product “purity” standards. So even though Vermont and the project are ostensibly aligned on the issue of labeling GMOs–the Non-GMO Project praised Vermont’s labeling rules as “a huge step towards transparency”–the two entities took opposing positions on several important GMO-derived food ingredients.

The disagreement over how to classify GMO-derived products like vitamins, food additives, flavorings and enzymes used to make products from cheese to beer will continue. But these contradictory standards miss the broader point: almost all these products are indistinguishable from those made without GE ingredients, and they’re all safe to consume.

As Michigan State University professor of agricultural, food and community ethics Paul Thompson explained, “The FDA has clear authority to regulate additives (like coloring agents or preservatives) and animal drugs (like rBST),” and has done so since 1985.

The fact that these products can now be made in the lab is irrelevant since they are identical to their “natural” counterparts. Officials at the European Food Safety Authority summed up the issue this way:

Enzymes have been used unknowingly in food production, e.g. dough making, for centuries . Historically enzymes are considered to be non-toxic and not of safety concern for consumers since they are naturally present in ingredients used to make food.